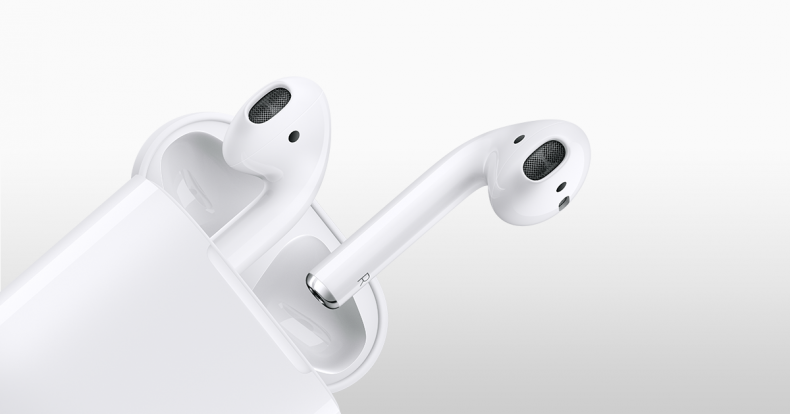 There’s a distinct possibility that, no matter what I write here, you’ve already made your mind up about Apple’s AirPods. Whether it’s how they look, or whatever else, but regardless, I’m here to tell you that I really, really like them. In fact, I kinda love them.

They’re fancy tech, for sure, and not cheap. Know in advance that I like the packed in earbuds Apple usually supplied with iPhones. In fact, know that I think there’s a strange snobbery around them in many circles, despite the fact that thousands upon thousands of people use them quite happily every day, and never find reason to complain. Look, I know that you can buy headphones for hundreds of pounds that have superior audio quality (I’ve reviewed some excellent, and expensive headphones in my time), and I do firmly believe that you get what you pay for. I will say though: I like, and regularly use the stock Apple EarPods, and for a pair of headphones that come in the box, they provide pretty damn fine audio quality – I don’t know if it’s because they are “free”, but they’re nowhere near as bad as people say. Let’s not beat around the bush then, because the AirPods are an improvement, audio-wise. Not a giant leap, but they do sound slightly better. Nuances in the music seem clearer, whereas the bass and treble seem mostly the same. This is a clarity thing, with the moments in music you might otherwise lose coming through in the mix, and that’s a good thing. I think it’s also worth mentioning that I have always found the EarPods comfortable, and the AirPods are no different. Interestingly, passing them round the house, it seems everyone agrees with me, and my wife (notorious in our house for saying buds are too big or too small, she’s the Goldilocks of headphones) found them comfortable as well.

I’ve used bluetooth buds before, and the fact these have been designed by Apple, for Apple products, is very apparent. They just work, flawlessly so. Open the included case near your phone and the device will recognise them and offer to pair them. From there, it’s clever, yet simple design all the way: put one Pod in, the music will go from your phone to the Pod. Put the second one in, it’ll now be in stereo. Take a Pod out? It’ll pause the music. Put it back in? Yep, it starts playing again.

Such simplicity is welcomed, and in the settings for your AirPods you can choose whether a double tap of the AirPod stem activates Siri, or pauses your music. In other words, if you don’t fancy taking a Pod out to pause, or using a button on your phone or watch (whatever, really), you can double tap your headphones to pause whatever is playing. If there’s a minor complaint here, it’s that you can’t turn the audio up or down like you could with a normal pair of headphones, but the chances are that if you’re spending £180 on them, you’ve probably got an Apple Watch or iPhone which means you can still do it very quickly.

The included case is also a charger, believe it or not. The case itself holds 24 hours of charge, while the AirPods themselves go for around five hours without needing to go back in. The truly impressive thing is that popping them back in the case for 10-15 minutes will give you another 2-3 hours of charge. Again, at the risk of repeating myself, this is impressive tech. The case itself charges via Lightning connector, as usual. In fact, as I write this, I haven’t charged the case for three days, and I wear the AirPods for hours every day: ultimately, you’re going to be incredibly unlucky if you find yourself with them not charged.

Waxing lyrical to a colleague, the question I got asked was: “but surely you’ll lose them?”. That’s a fair question, but I’d counter with: “do you lose your stock Apple EarPods?”. No, because they’re cabled, the conversation continues, but I found running with the AirPods, and general gym-exercise was absolutely fine. If you’re going to treat them with a lack of respect and throw them down wherever you fancy, sure, you might lose them in the same you might lose your keys. But the supplied charging case is smaller than a packet of tic-tacs, and goes in your pocket just fine. When you’re not using them, put them in there and you’ll keep them safe. It’s like any other expensive tech: look after it and it’ll stay safe.

While I’ll never be able to convince you if you’ve already made your mind up, the future does appear to be wireless. The AirPods are comfy, sound great, and yes, they’re not the cheapest bluetooth headphones out there, but for a set that just work with your existing setup, I can’t recommend them highly enough. Oh, and they look fine on, as well, don’t let people tell you otherwise. The AirPods are now my go-to pair of headphones, and they feel like magic.

No wireless way to change volume
Not cheap

The AirPods are comfy, sound great, and yes, they're not the cheapest bluetooth headphones out there, but for a set that just work with your existing setup, I can't recommend them highly enough.