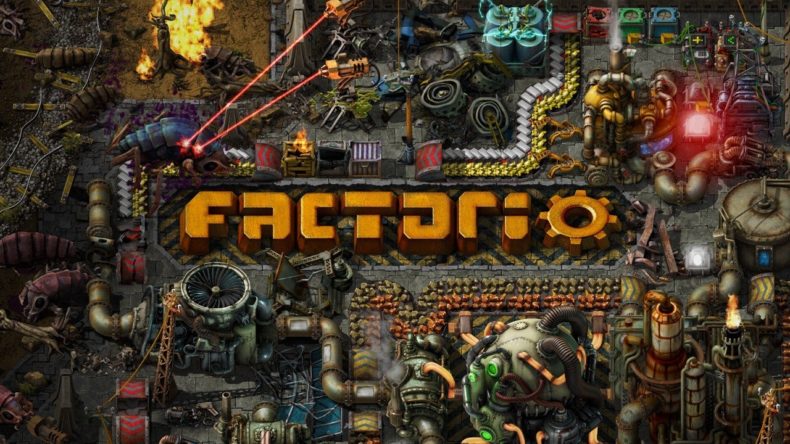 Survival sims are often slow-burn affairs, asking you to first begin harvesting bits of wood and rocks to make rudimentary shelters or clothing. They start you off slowly and gently ease you in, and many hours later you’re facing the wilderness with an assault rifle you somehow cobbled together from stuff you scavenged off the floor. Not so, Factorio. This is a hugely ambitious and complex beast that, yes, begins small, but in no time escalates into something grandiose and addictive.

Stranded on an alien world with just your hazmat suit, wits, and a powerful industrial-grade futuristic fabrication device, you’ll soon be installing automatic mining machines, smelters, then conveyor belts to move the ore and other raw materials. Eventually, you’ll have built something monstrous, a gargantuan beast of metal and noise that will harvest and refine the items you need to construct a new ship and get you off the planet. 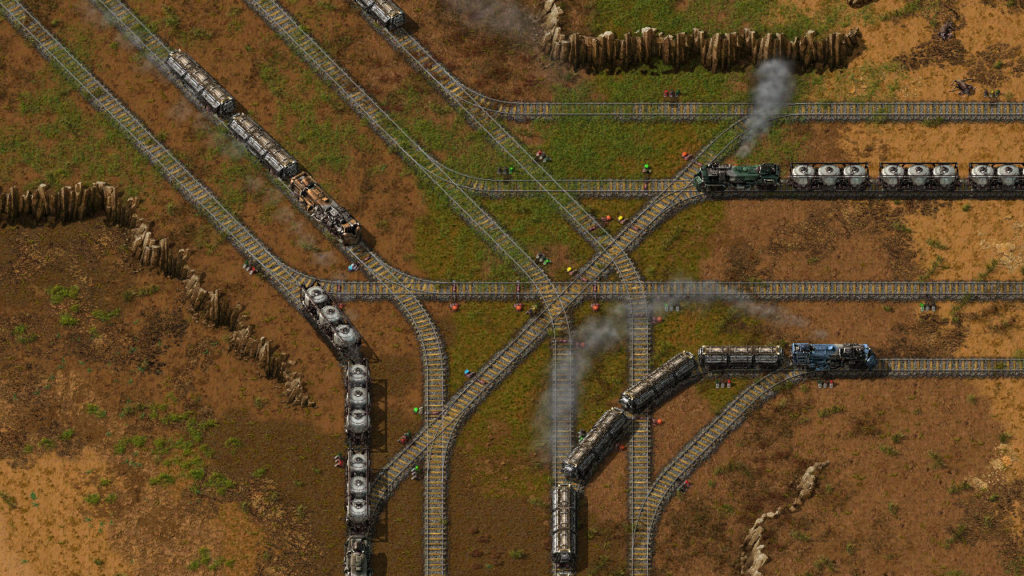 To call Factorio addictive is a bit of an understatement. What starts as dragging iron ore from the ground soon evolves into harvesting and refining fresh water, or constructing robots to work for you. It goes well beyond just making a new ship, as you’ll eventually develop an automated empire to rival the Detroit auto-mobile industry. The biggest issue is that what’s fairly simple using a mouse and keyboard is much less so using the Switch’s analogue right analogue stick as a cursor and the somewhat clumsy touchscreen.

Factorio on Switch looks OK – it’s not a graphically intensive game by any means – but controlling it is not so great. I often found it difficult to precisely target small objects, and on the handheld screen it’s not the clearest or cleanest aesthetic. The text is tiny, and the colours are a little too washed-out to pop. It’s not game-breaking, but it was certainly noticeable. It’s not greatly improved on the larger screen, either.

What surprised me most early on was when Factorio requested that I construct and equip a pistol. I hadn’t expected any kind of combat, but it comes in the form of alien wildlife that encroaches upon your budding factory. It’s fair, I suppose; you are essentially strip-mining a small section of this planet. Initially you’ll have to fend them off with some slightly clunky shooting, but later you’ll install defensive turrets and traps, or construct security automata to defend your interests. 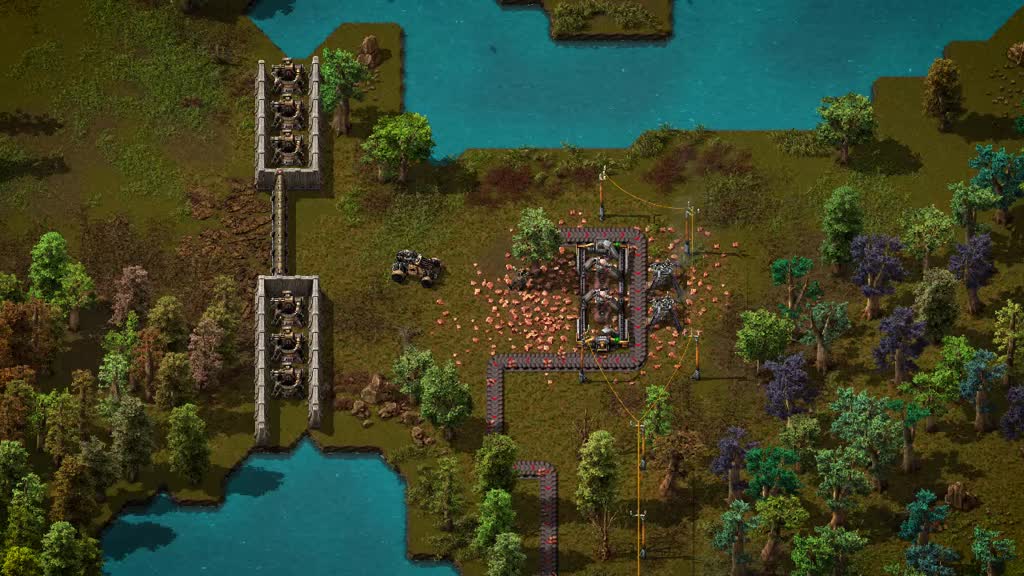 It’s hard to believe when you first start out, but by several hours in you’ll be laying train tracks, huge banks of solar panels and energy converters, and building massive reactors to keep feeding your creation. The simple goal of building a new ship seems like a distant memory as you construct a colossal factory almost for the sake of it. Seriously, you’ll almost certainly forget about the original goal after a certain point.

Factorio also has a Freeplay mode, which is similar to the campaign in structure, only streamlined. You’ll be dropped into randomly generated maps with a certain amount of resources and told to simply build, surviving and thriving for as long as you can. It’s a nice change of pace at first, but my biggest problem with Freeplay mode is that it feels kind of directionless. It’s nice and even relaxing to just build, but there’s little pay off besides the thrill of beholding your massive industrial behemoth several hours later. 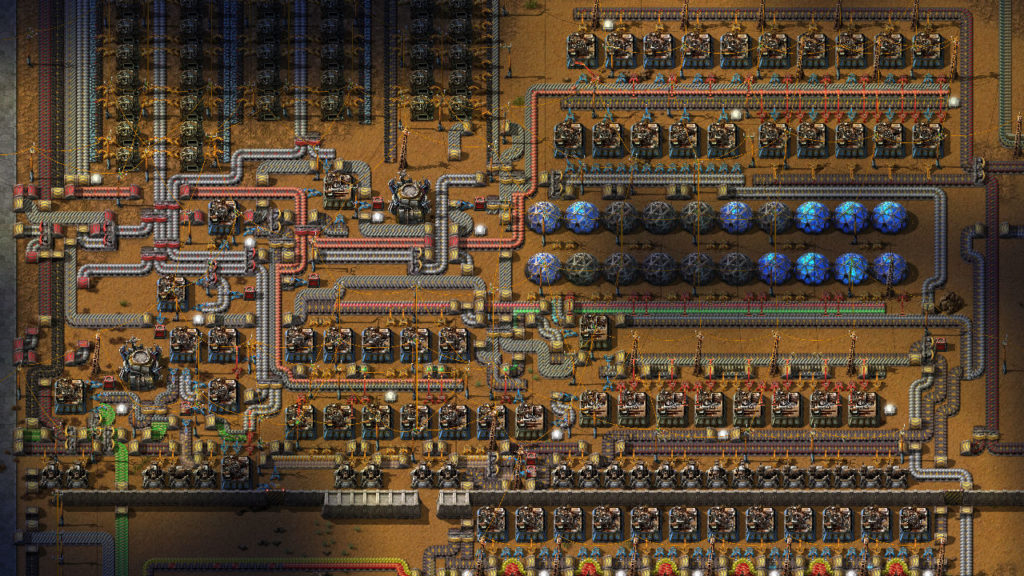 You might have more fun with the multiplayer, which lets you jump into another person’s world and help them to build or defend their creation. Working together adds another dimension to the gameplay, especially as combining ideas and strategies can yield some unexpected and effective results. You’ll have to communicate via text chat, which isn’t always ideal, but it at least allows for the trading of information and knowledge that could later prove invaluable in your own projects.

Factorio isn’t a particularly pretty game on Switch, but it sure is a clever one. After a surprisingly long initial loading screen, it runs fairly smoothly on the Switch. It asks little of you in terms of input, but rewards your patience and experimentation with new items and inventions to add to your growing production line. It’s not hard to lose hours to Factorio, and if you can make your peace early with the less than stellar visuals, you’ll have a ball throwing yourself into your work.

It’s not hard to lose hours to Factorio, and if you can forgiver the visuals, you’ll have a ball throwing yourself into your work.