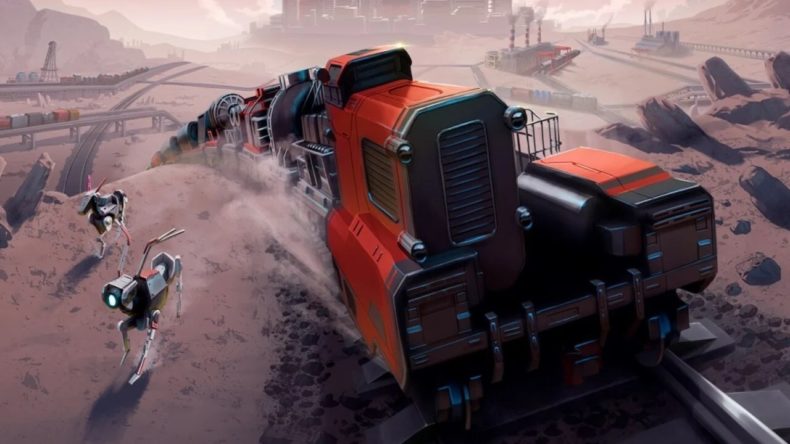 When you think about futuristic dystopias – especially the kind that focus so heavily on capitalism and consumerism – you probably think of Cyberpunk literature or sci-fi. A train simulator is likely to be among the last things that cross your mind. But that’s essentially the gist of Railgrade, a new strategy-cum-puzzle game that sees you constructing vast, intricate rail networks to feed and grow a fledgling colony on an alien world.

What appears to be a very simple case of laying track and dropping a choo-choo on it is actually a deeply complex beast that relies heavily on your ability to read supply and demand, and balance cost versus efficiency. The initial tutorial guides you through almost the entire process, and yet I still went into the full game a little unsure of how to proceed.

There’s a lot here to get your head around that goes way beyond simply constructing tracks, but we’ll start there. The terrain in Railgrade is alien, not based on anything on Earth, and you’ll often be building across undulating hills, valleys and mountains. You’re limited to how you build tracks, as your trains can’t just run up steep inclines and will require spirals, figure-8s, bridges and stepped sections to reach important geographical features. 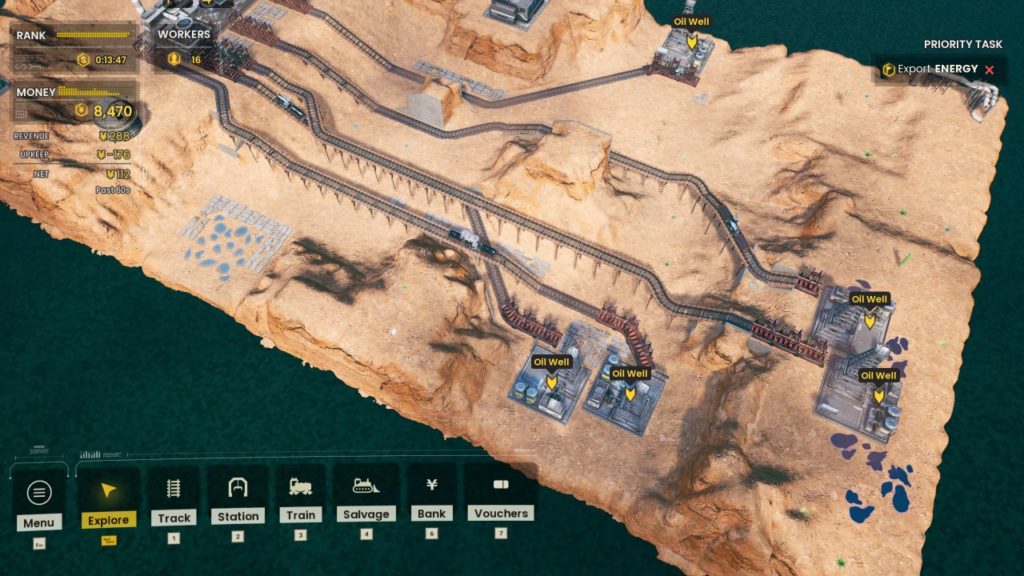 Because it’s not just the track you’re building. You’ll also need to install harvesting points on water and oil deposits, for example, and then create networks to feed those materials to factories, refineries, storage facilities, and ultimately your spaceport to facilitate the expansion of your colony.

Like recent surprise hit Hardspace: Shipbreaker, Railgrade presents a dystopian society where the corporation is king and employees just tools to be used and discarded. As you progress through the campaign you’ll receive periodic messages from other employees or your employer, often delivered with sarcasm and disdain: no one wants anyone else to succeed too much, after all.

You’ll need to take note of everything you’re told in terms of how and what to build. Railgrade is surprisingly free-form once you get through the first few assignments, and there are very few “wrong” ways to succeed. Ideally, you need to spend as little as you can and create fast and efficient systems, but you’re not often strongly penalised for simply getting the job done. 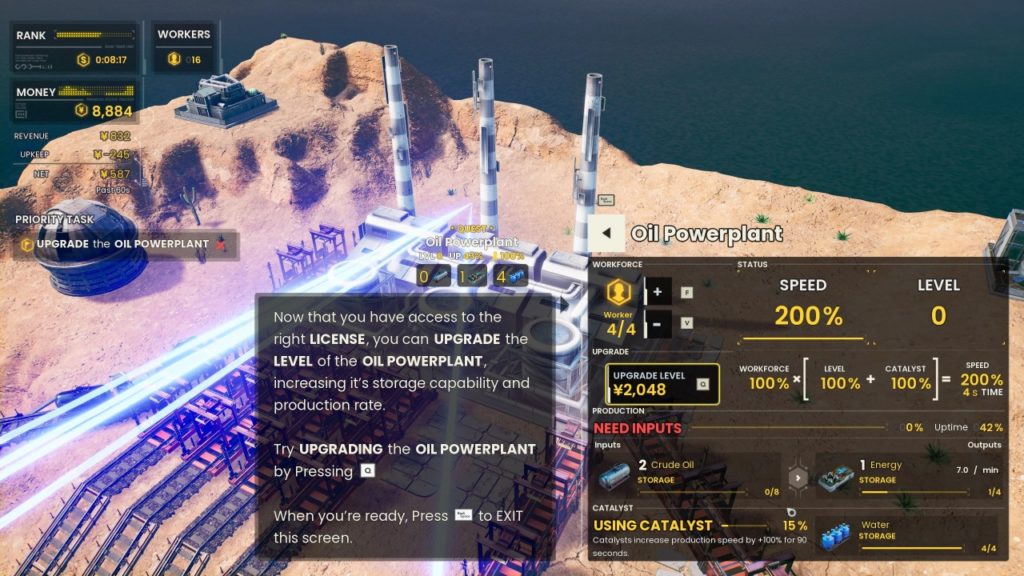 What makes it most complex, and at the same time most rewarding, is that you’ll need multiple trains running simultaneously to achieve your goals. You can click on each building to see that it produces and what it requires, and then build a station beside it where your trains can load and unload. The trains themselves can be modified, either with stronger engines, or different trailers to transport specific materials. Everything has an initial cost and an upkeep, which you’ll need to keep balanced as often as possible.

Once you have a network running, it’s incredibly satisfying to watch. You can zoom right in to track -level to observe your trains chugging away. You’ll need to install track-changes, diversions, and multiple routes to reduce downtime caused by trains trying to use the same section of track at the same time. Looking down on all these parts working in harmony is one thing, but zooming right in and watching it all work from the ground level is something else entirely; you can even attach yourself to specific trains and just ride the rails. It’s incredibly relaxing. 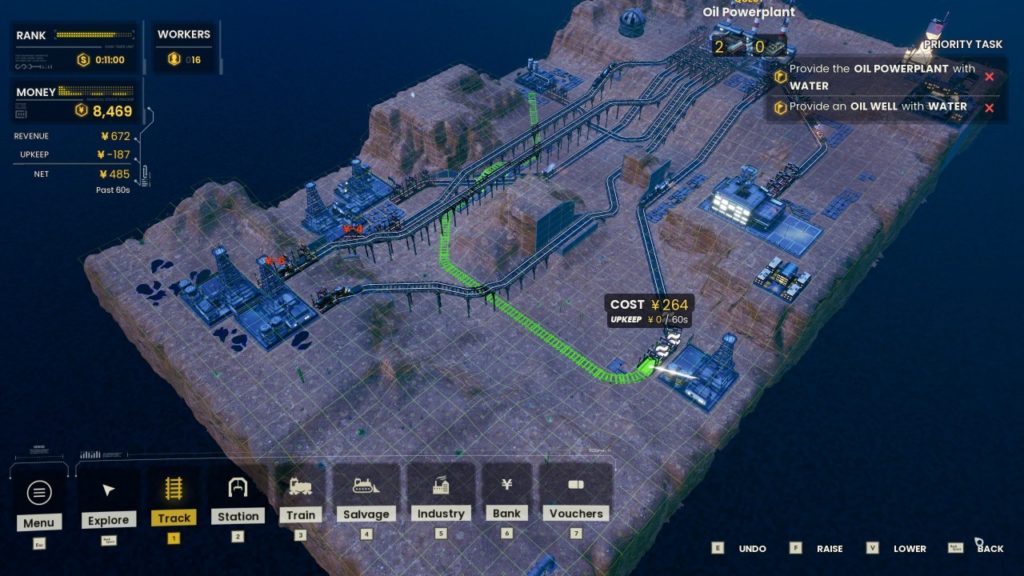 Unfortunately, there’s not really enough of it. It’s not an overly long campaign, but it’s not the run-time that’s the issue. It’s more that once you reach a certain point you’ll have discovered all possible materials and train types, and there’s nothing else to surprise you. For a game dealing with alien worlds and terrains, there’s little to really reinforce these themes.

Railgrade is much more a puzzle game than a true railway sim. Since you’re not dealing with real-world engines there’s probably little here to appeal to true train enthusiasts beyond the track construction itself, but those who crave a good logic puzzle and get their kicks from solving logistical nightmares will find a lot to love. It’s a good-looking game with some neat ideas, but it doesn’t quite do enough with the sci-fi story or setting.

Those who crave a good logic puzzle and get their kicks from solving logistical nightmares will find a lot to love in Railgrade.