previous
Backbone One review
random
next
Sonic Frontiers review
1 like 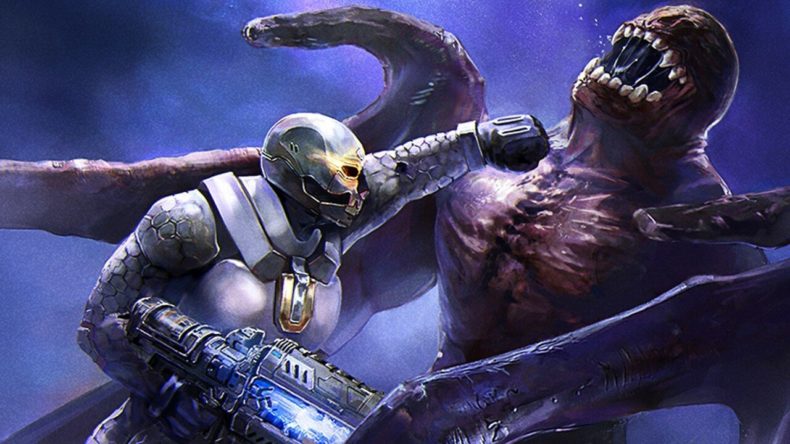 It’s always fascinating how game trends move in circles. Popularity loops, what fades from the zeitgeist now will rise again at some point. What’s even more fascinating is that, contrary to the norm, boomer shooters never seem to fade away. They’re always there, lurking in the shadows, ready to rock up with yet another wave of “old school shooter mayhem”. They’re so consistent the term “old school” shouldn’t even apply. It’s just a genre that has always been. Prodeus is the latest in a long line of what we lovingly call “Doom clones”, but while many of its genre mates pride themselves on their retro sensibilities, Prodeus does something different.

For a start, it pitches its gore-spattered tent somewhere in the middle of what is past and what is present. While it wears the boomer shooter mask proudly, it’s unusually willing to give us a glimpse behind the facade. As a result, you can toggle multiple settings in the graphics to, for example, remove the pixel effect from the 3D enemy sprites, and add various overlays like CRT and scan lines. “Come dance in my retro rain,” it seems to say, while handing you an umbrella just in case. 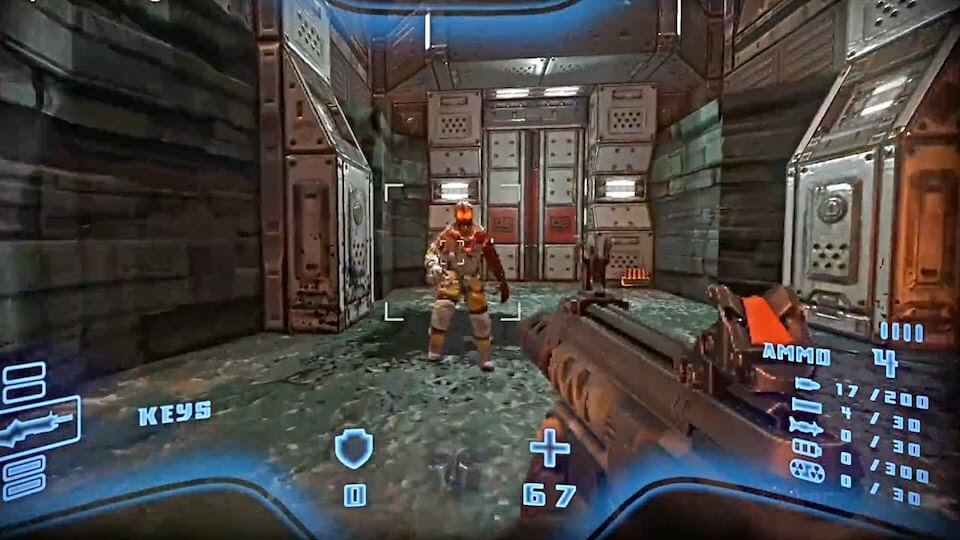 As is by-now standard, you’re a super hard space marine warrior who must rid a deep space outpost of an infestation of hellspawn in the most gruesome and brutal ways possible. The minute to minute gameplay, regardless of graphical fidelity, is sublime. That this is a game crafted by, among others, several Doom modders is evident in everything from the movement and strafing to the gunplay itself. Metal hums in the background, rising and falling in tempo and volume as you slay and slay and slay, facing nasties that are quite literal copies of OG Doom’s menagerie of monsters. Possessed marines, fire-flinging imps, imposing demonic knights, that flying ball of hate that gobs at you for fun. They’re all present, with a few additions and tweaks to keep the naysayers at bay.

Exceptional level design follows tried and tested convention, forcing you to seek out coded keys and switches to move forward. Initially you’ll spend most of your time in nondescript corridors before venturing into more open hellscapes where the scarce cover only seems to exist to test your mettle. Hide if you’re scared, or strap on a pair and keep blasting.

The guns are nothing new, to be fair: pistol, shotgun, dual smgs, assault rifle, minigun, etc. As with more recent Doom games they feature alternate fire modes, such as a charged shot for the shotgun or the ability to paint the walls with two smgs at once. Some areas don’t need innovation, they need to function, and Prodeus’ arsenal is an example of this. There’s little here to surprise, but at the same time absolutely nothing disappoints. 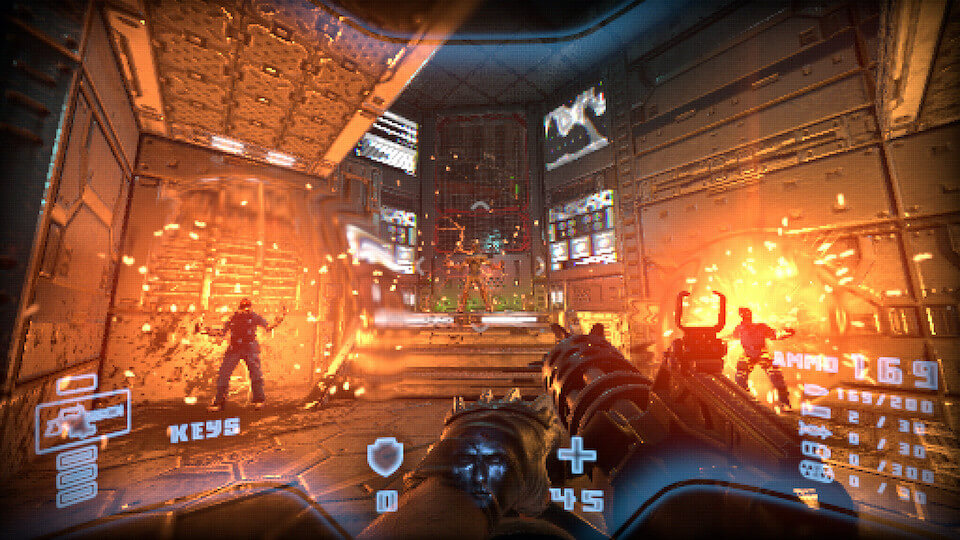 One thing missing from the Switch port is the option to create your own levels. In the PC version you can build your very own hellholes and share them, but this feature isn’t viable on the Switch. Thankfully though, you can still download community-made levels and play through them just as you would in the normal game. While they’re not all immediate winners, there are some that almost put the developers to shame.

While it would have been nice to have gyroscopic aiming on Switch, it’s not a feature. It doesn’t lose anything, in real terms, but it seems an odd thing not to include. That’s said, Prodeus plays wonderfully on the handheld, and looks absolutely great on the smaller screen. Boot it up on a TV or monitor and it fares less well, but the retro aesthetic hides a multitude of sins.

Prodeus is an unashamedly loud and brash FPS that manages to put a true modern twist on the retro shooter. In a huge, jostling crowd of boomer shooters it stands out as its own thing while somehow still being a proud, blatant homage to the games that inspired it. Aside from the level editor, nothing is lost in the Switch version, making it a superb, easily recommendable port of a great blaster.

Prodeus is an unashamedly loud and brash FPS that manages to put a true modern twist on the retro shooter.