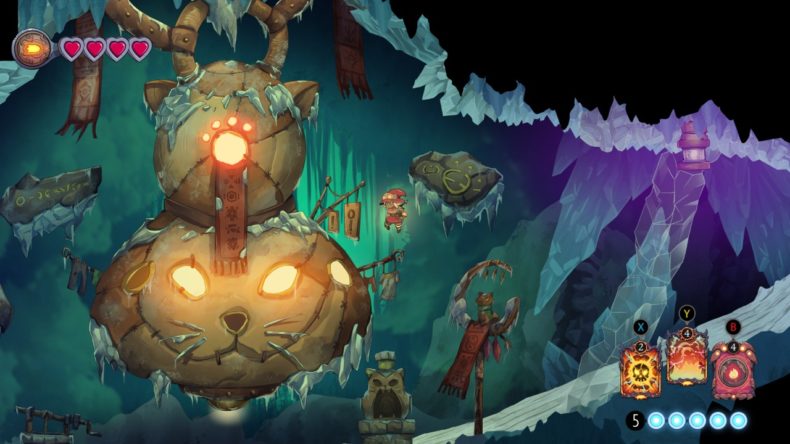 Combining Metroidvania-like exploration with bullet-hell action, deck-building magic and environmental puzzle-solving, The Knight Witch looks set to cater to all appetites come release. As protagonist Rayne, you’ll explore the underground city of Dungeonidas, a once-peaceful metropolis now under siege by an army of deadly war golems.

Rayne thrives on the trust and adoration of the people of Dungeonidas. The more good she does, the more Trust she earns to level up her abilities. This will offer players a number of moral choices, to earn this trust by either fair means or foul. You will be able to grow and customise Rayne, choosing between Body and Mind to either improve her Knight abilities or Witch magic. 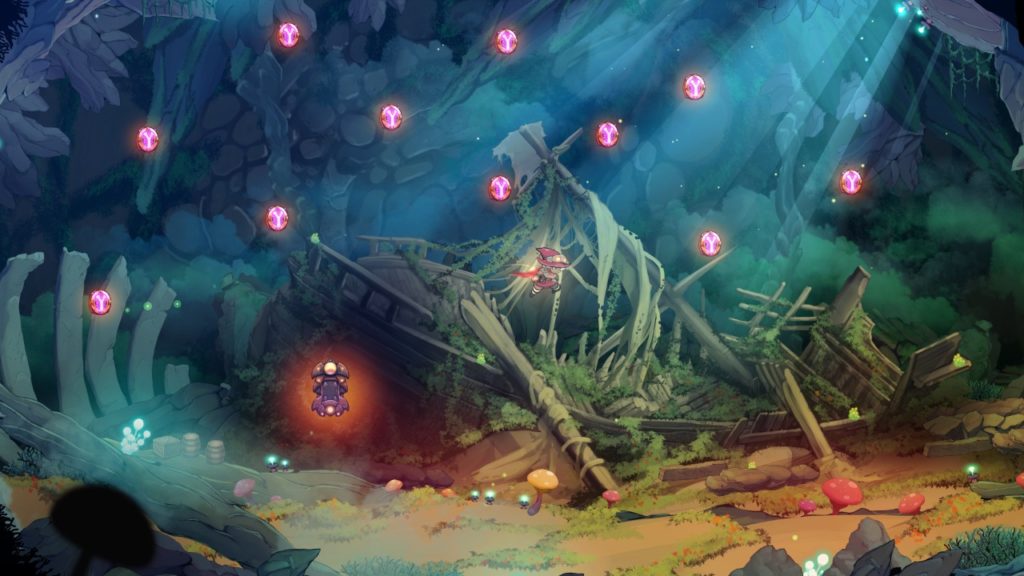 A huge array of difficulty and accessability options promse a “Metroidvania without barriers”, as you craft a magical deck from 30 unique cards and explore a colourful, dangerous world.

Developer Super Awesome Hyper Dimensional Mega Team (or just Super Mega Team) is comprised largely of industry veterans and professionals, with des who have worked on titles such as RiME and Moonlighter. Previously working mostly with mobile, their releases include Pro Zombie Soccer, Rise and Shine, and Supermagical.

Check out the announcement trailer for The Knight Witch below.

The Knight Witch is set for release on PC, PS4, PS5, Nintendo Switch and the Xbox Family of Consoles in 2022.

Senior Content Editor Mick has been playing games for over 30 years and writing about them for around 12. After drifting from site to site for a while, settling briefly at the now-defunct Made2Game and freelancing for the gone-but-not-forgotten NintendoGamer Magazine, he came at last to rest at Godisageek. Mick has been a reviewer, staff writer and content editor here for some time, while also moonlighting a little for Red Bull Games. He has 4 kids, has written 2 novels, and sometimes even manages to pay a bill or two. You'll usually find him defending the galaxy in Destiny 2, battling evil in Diablo 3, or lurking in the background on Twitter. Find him there @Jedi_Beats_Tank, or on XBL (JediWaster247), PSN (Jedi_Waster) or Nintendo (JediWaster).
MORE LIKE THIS
Super Awesome Hyper Dimensional Mega TeamTeam17The Knight Witch