previous
Cuphead: The Delicious Last Course DLC has as much animation as the whole original game
random
next
EA Sports F1 22: see virtual reality gameplay for the first time
0 comments 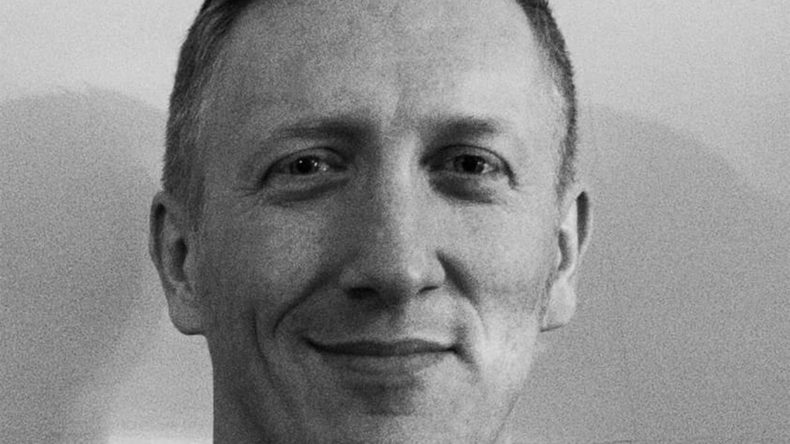 It may have come to your attention that the scrolling beat ‘em up is very much back in the public consciousness, thanks to big hitters like Streets of Rage making a comeback. For some of us though, the belt scroller never went away. I reach for a classic Capcom coin op the same way others would do comfort food. Shit day at work? I can vicariously beat lots of enemies up as a genius baby riding on a mech of his own creation.

Mike Tucker of Southampton-based developer The Bitmap Bureau is another scroller fanboy. After helping put out the cracking sci-fi Smash Tv-esque top down blaster Xeno Crisis on a number of modern and retro consoles, Mike and the team decided to have a go at a side scrolling homage to the beat ‘em ups that made us the worryingly maladjusted adult nerds we are. The mighty fine Final Vendetta is the end product, and should be available by the time you read this.

I sat down for a couple of cold ones and a chicken picked up off the pavement with Mr Tucker to find out a bit about how something like this comes to fruition. The starter for ten came with a predictable but obvious response. What were the main influences going into development? 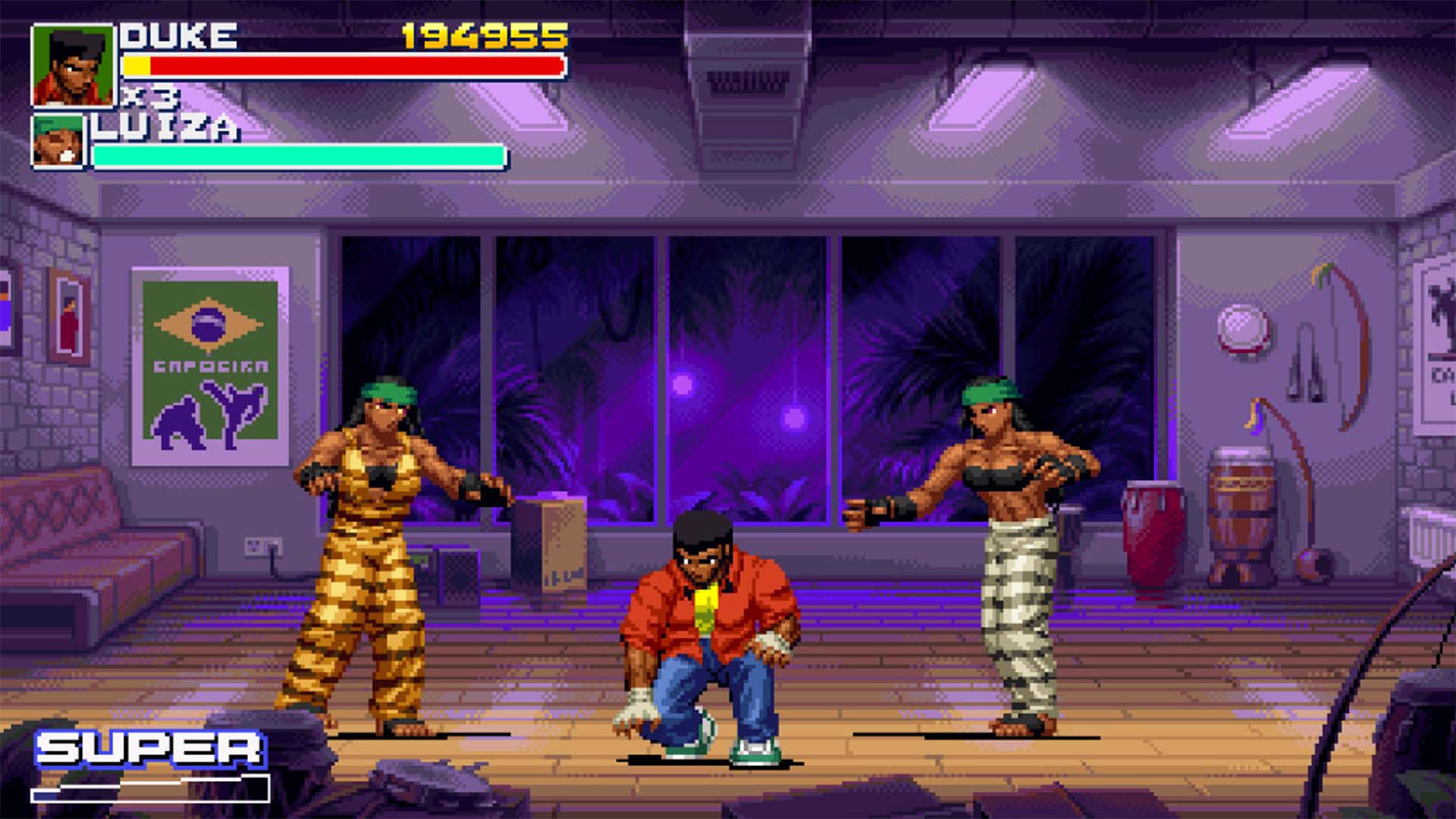 “Final Fight and Streets of Rage 1 and 2 were pretty much the benchmark, as we wanted to create a classic with that ‘90s look and feel, although with our own refinements and touches. We also felt that the Neo Geo needed a great beat ‘em-up as the likes of Mutation Nation, Burning Fight and Sengoku didn’t live up to Capcom or Sega’s offerings,” Mike explained. “You could certainly argue that Capcom created better titles after Final Fight such as Battle Circuit and Alien vs Predator, but the nostalgia value alone wins it for me – I still remember playing Final Fight for the first time as a 13-year-old! The atmosphere, character designs, responsive controls and blaring audio really left an impression on me.

“I also played a lot of Golden Axe, Knights of The Round, and of course Streets of Rage.” And yes, you heard that right: just like Xeno Crisis, Final Vendetta is coming to Neo Geo as a homecart. And now I come to think of it, as much of an SNK mark as I am, he has a point – the scrollers for the hardware lack that sparkle their one on one titles have.

Making a modern Neo title is no joke, as Mike learned from his experiences getting Xeno onto the oversized cart and into a clamshell. “So far we’ve only brought Xeno Crisis to the Neo Geo AES, which was a huge undertaking. Not only does your code need to be extremely well optimised, but you need to carefully consider how many tiles you’re pushing to the screen each update. Even though the Neo Geo is a 2D powerhouse there are still limitations that you need to adhere to, and it’s a very different prospect to making a game for a modern platform. Beyond the game’s development you also have to consider the PCB design and manufacturing too, as well as the production of plastics, testing, graphic design, and printing. The whole process is extremely costly and fraught with pitfalls, but with one successful AES / MVS release under our belts we just had to do another!” 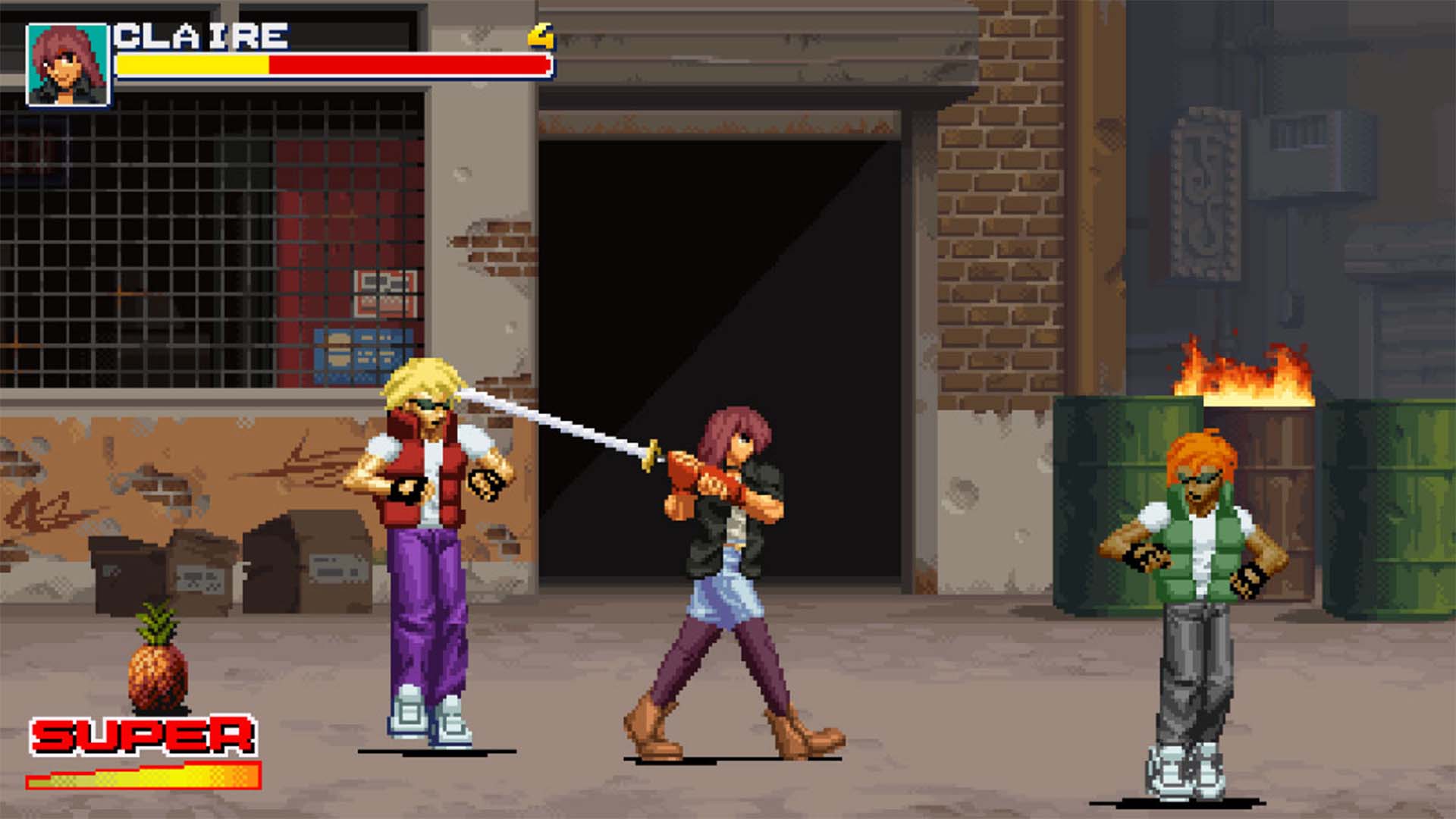 Bitmap are situated in a small premise in Southampton, right by the river, above a beautiful old-fashioned chemist shop that now functions as a food bank. A close-knit team, visiting their office during development was an eye opener for me, as I got to experience the debugging, snagging process, whilst playing the game way before everyone else. They also have loads of cool nerdy stuff that I wanted to “borrow”.

Given that the developer’s other releases have been platformers and shooters of some description, I asked Mike how different it was working on a fighting game compared to their previous experiences. Intriguingly, it didn’t throw out too many curveballs. “Although this was our first beat ‘em-up there are many aspects which carry over from other titles such as hit boxes and state management, so it didn’t take long to get something up and running. In fact, I actually started out by replicating Final Fight to get the feel of the characters right, work out hit box sizes and timings, invincibility frames and so on. For a bit of fun I actually spoofed a Final Fight speed run as it would have been a shame to put that work to waste!”

What isn’t silly however is the quality of the soundtrack in Final Vendetta, which features a very well-known blast from my days of raving past. How the hell did you manage to get Utah Saints involved? “Fortunately, our musician (Lee James, aka “Featurecast”) is good friends with Tim and Jez of Utah Saints, and he had no trouble in convincing them to join the project. Lee is a top DJ and producer and also a massive Streets Of Rage fan, so this was the dream project for him, and the collaboration with Utah Saints was the icing on the cake. The soundtrack spans many electronic music genres that were so prominent in the UK in the ‘90s such as techno, house, drum n’ bass, garage, dance, hip-hop, gabber and more”.

So, as you can see, the team stretches beyond these physical environs, taking in a legendary dance act, as well as some very talented artists who are currently working remotely. “The game’s main artist is Jabir Grant, who we came across after seeing some of his sprite reinterpretations on Tumblr. His style was very reminiscent of the classic SNK games, so he was a perfect fit for the project. He lives up in Scotland and although we’ve been working with him for close to three years now we’ve still yet to meet him or even talk to him – we need to do something about that soon”. 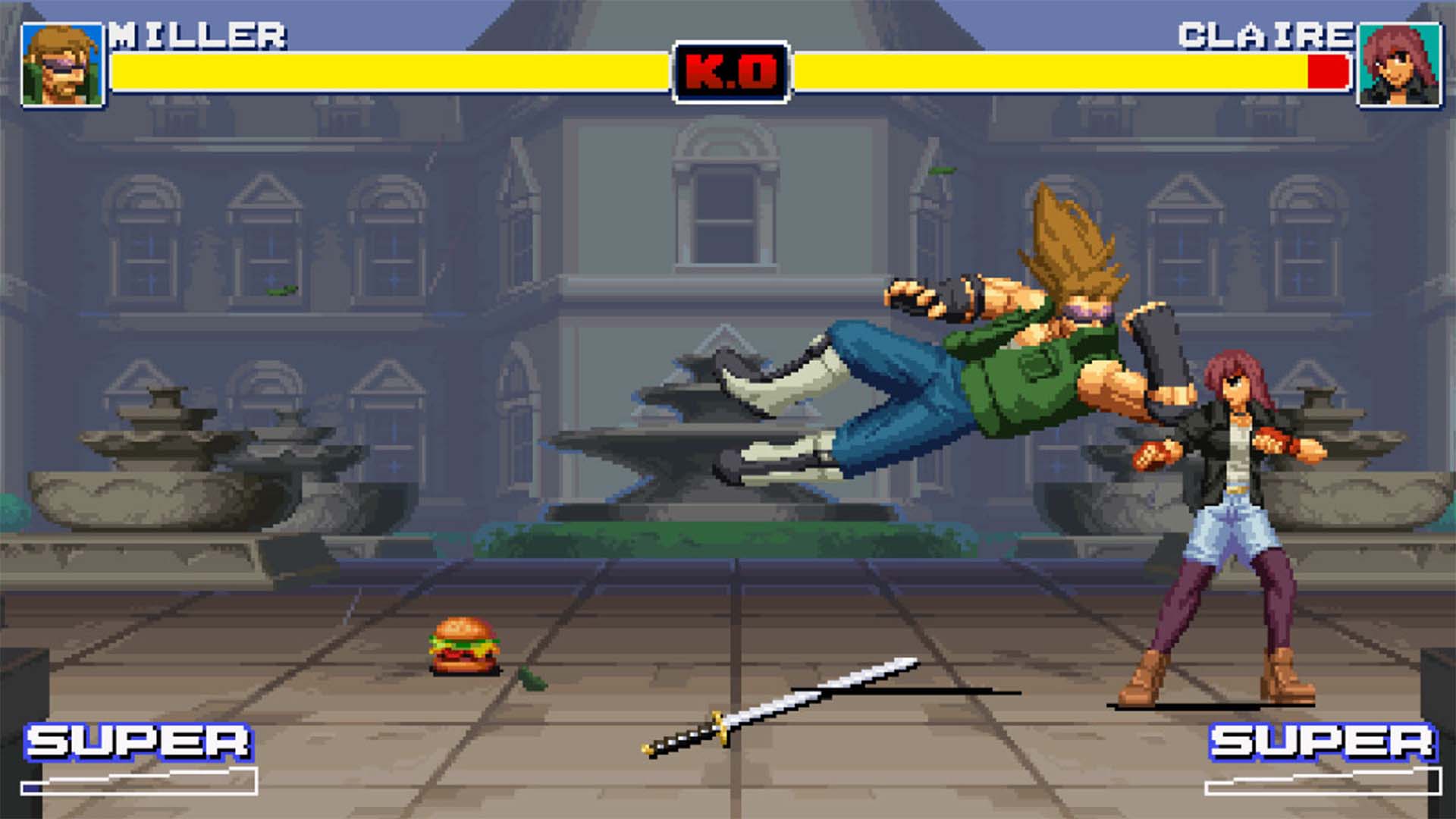 Also part of the Final Vendetta team is Deryk Buckareff, who designed the lovely backgrounds, and was joined by a newcomer further down the road. “Konstantin Karpeniuk joined the project later and came up with more backgrounds and sprites. They both did an amazing job and really helped bring the stages to life. Right now Konstantin is living in Kyiv which is obviously not a good place to be – he frequently gives us updates on the situation over there and somehow manages to continue working despite everything that is happening around him. We’re actually trying to help him move to the UK with his wife and cat, so hopefully that will come to fruition later in the year”. There is a real sense of family and lack of any billy big biscuits hot air from the guys at Bitmap Bureau, and there is a real warmth in the way Mike talks about Karpeniuk’s precarious situation.

I finished the interview, and left Mike to fend for himself on the mean streets of Southtown. He should be fine – between you and me he also looks a bit like his favourite game character (“He’s probably the most generic character in Capcom’s roster but I still like Cody!”). Before we disappeared offscreen, there was one more question. Does Mike keep the tomato ketchup in the fridge, or in the cupboard?

“That’s a deeply personal question which I’m not prepared to discuss on the internet.”

Final Vendetta is out now for PS4, PS5, Xbox, Switch, and PC.

The king. If you know, you know.
MORE LIKE THIS
Final VendettaInterviewXeno Crisis