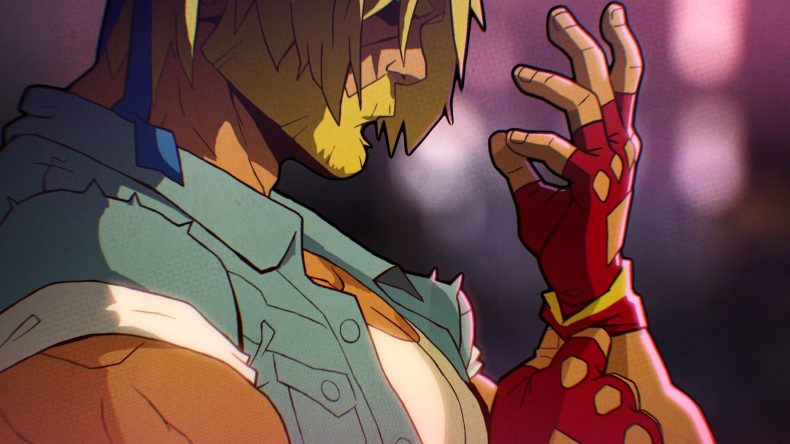 Switch Re:port covers the Nintendo Switch version of a game. Streets of Rage 4 was simultaneously released on PlayStation 4, Nintendo Switch, Xbox One, and PC and scored 9.5/10 on PS4.

If you’re watching the video version of this Streets of Rage 4 Switch Report, you’ll likely be questioning the footage. Why does this look the same as the PS4 review video, you might be asking? Luckily for those who love playing things on Nintendo’s hybrid juggernaut of a console, you’re in for the exact same experience as PS4, Xbox One, and PC owners for a change.

So to start with, 60fps is present throughout the relatively decent length (for a beat-em-up, anyway) game, which is lovely. But with that said, it’s also worth letting you know that there’s very little here to make it a unique version of Streets of Rage 4. In fact, there’s almost nothing special about the Switch edition, aside the console specific hardware differences. You can whip a Joy-Con out and instantly be playing two-player co-op, of course, but the idea that someone might not have two controllers on a PS4 or Xbox One at this late stage seems a little alien.

So there’re no extra features here, but honestly, to have waited this long for a sequel to one of my favourite franchises and get frame-rate parity across consoles is a massive bonus. I’d be lying if I didn’t say that it looked lower resolution on the big screen, but going from PS4 to Switch it only took a few levels before I just wasn’t noticing, such is the high quality of the art on offer from Lizardcube, here.

One area the game needs work, though, is the online functionality. Connecting to a pal via peer-to-peer is expected in a game that, let’s face it, not likely to have a triple-A budget, but on Switch the times I tried I experienced a lot of latency that seemed to start in a fashion that was just about playable, and slowly progress through the level to the other end of the spectrum, resulting in an overly difficult boss battle. This happened with the same co-op partner on Xbox One as well, so it’s not a Switch-specific issue, it’s a peer-to-peer connection one.

Still, it’s a small thing in the grand scheme of things for a title that delivers in every other aspect. Streets of Rage 4 on Switch is still the perfect sequel, and perhaps dedicated servers is just too big of an ask for a game like this one, so really, the Switch is the ideal way to play the game. Fantastic.

60fps, like the other versions!
Deeper-than-you-think combat
Incredible soundtrack

P2P Netcode can be wonky

Streets of Rage 4 on Switch is still the perfect sequel, and perhaps dedicated servers is just too big of an ask for a game like this one, so really, the Switch is the ideal way to play the game. Fantastic.