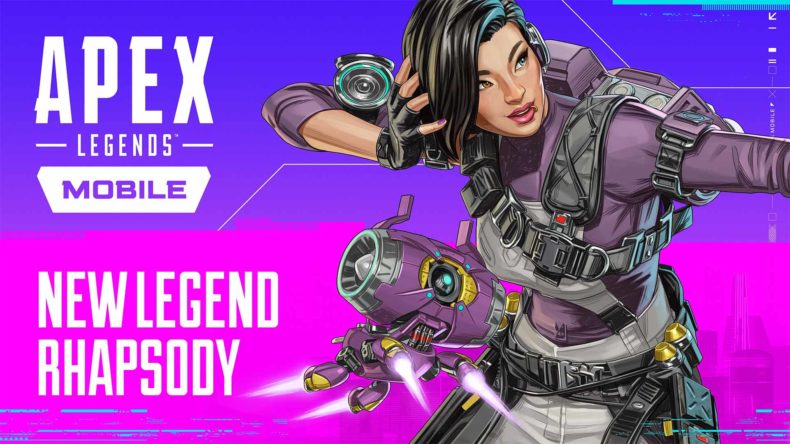 Apex Legends Mobile has received an update today (July 7th) that adds a new hero, Rhapsody, who is actually in the mobile version of the game first.

Rhapsody is a “rhythm loving DJ with a cute but deadly AI-controlled helper bot named “Rowdy”, and is ready to drop the beat on the Apex Games with new music and rhythm themed special abilities”.

Originally from Kómma, where the tech giant Pythas Inc. controls all, Rhapsody has used her love of music to rise out of poverty in the dangerous nightlife district of Neon Dunes and become one of the hottest Legends on the Apex scene. Her mother, a brilliant AI engineer who created Rhapsody’s companion bot Rowdy, was fired from Pythas Inc. for discovering company secrets and now Rhapsody must compete in the Apex Games under their banner to help free her family from debt.

EA says that more information about Season 2 of Apex Legends Mobile will be coming soon, but that players can expect “a host of new content, improvements, updates and re-balances to weapons, game modes, the ranking system and more”.

Apex Legends scored 9/10 in our review, with Nicola Ardron saying: “Apex Legends is a superb entry into the Battle Royale genre. The level of polish is astonishing for a free-to-play game, and it has a genuine shot at putting a dent in the genre leaders’ numbers. It features an interesting cast of heroes, tight, responsive gun play, smooth, joyful movement and a smart communication system”.