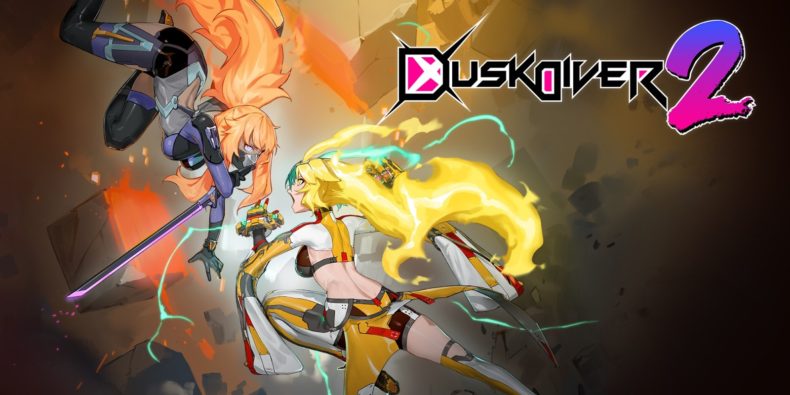 The Switch has a huge library full of almost every genre you could ever want to play, but outside of a few powerhouses it’s pretty light on character action games. I guess on a console without a ton of power under the hood, it’s a challenge to create a fast paced modern game with beautiful 3d character models that doesn’t look a little rough around the edges. Fortunately Wanin International are back with Dusk Diver 2 this August to plump up that action game library.

Our protagonist Yumo is a year older than last time around, and now a college student. The powers she awakened are still going strong, and she wants to focus more on using them to take down Chaos Beasts than her studies. As someone who didn’t play the first game I’ll admit I was a little lost at mentions of dimensional fissures and Dragon Veins, but I’m interested to see where Yumo’s story goes next.

With demons still causing havoc in Taipei, you’d better believe there’s going to be a lot of scrapping in Dusk Diver 2. There’s a lot going on in the combat, and you’ll need to master it all if you want to survive. There are the standard normal and heavy attacks, as well as a lock on system, dodge and a counter attack that spawns a strange monster to charge at your opponent. Timing is everything in Dusk Diver 2, because with good reactions you can deal massive damage and avoid any incoming attacks. 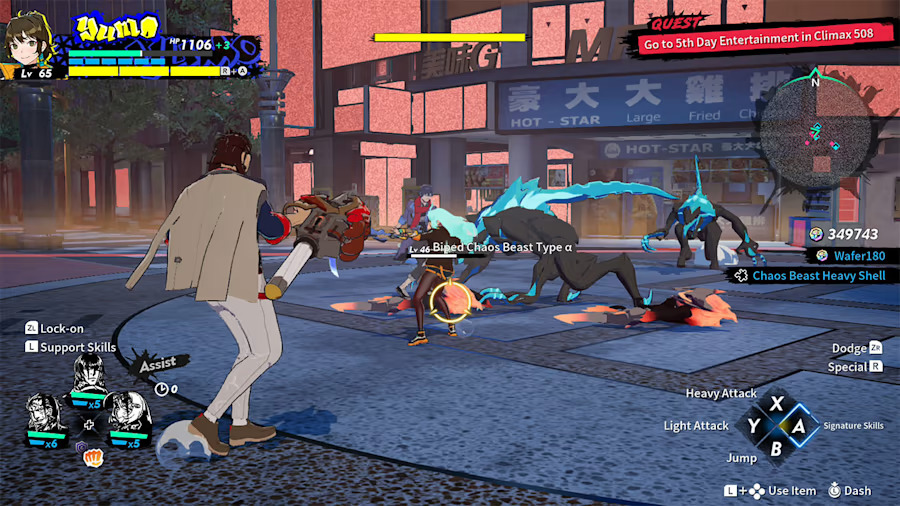 Once you’ve built up enough SP you can start unloading special attacks. By holding down R and pressing face buttons you’ll unleash flashy combos that deal massive damage. Another meter that you need to build up lets you transform into your powerful burst mode, which allows you deal even more damage, and if you keep up the pressure use your ultimate attack. There’s no hanging back and chipping away in Dusk Diver 2, it’s all action.

The first game only featured Yumo as a playable character, but in the sequel you’ll have allies joining you that you can switch to on the fly. Whereas Yumo is lightning fast in combat, Leo is much slower but perfect for taking on multiple enemies at once with his AoE fire attacks. You can also call in allies for an assist attack, to create more chaos on the battlefield.

I was expecting the action and flashy moves when I booted up Dusk Diver 2, but what I wasn’t expecting were the creative stages. In the very first mission you’re shrunk down into a neon arcade, and have to fight enemies while dodging air hockey pucks and dealing with pesky Whack-A-Mole rodents. I’m definitely looking forward to seeing what wondrous areas I’ll get to explore in the rest of the game.

Although I got to check out a decent chunk of Dusk Diver 2, there are some aspects I haven’t truly explored yet. The leveling up and equipment side of the game has eluded me so far, and I haven’t had much of a chance to explore the bustling metropolis of Taipei either. Hopefully when the full game rolls around I’ll get to have fun enjoying city life. 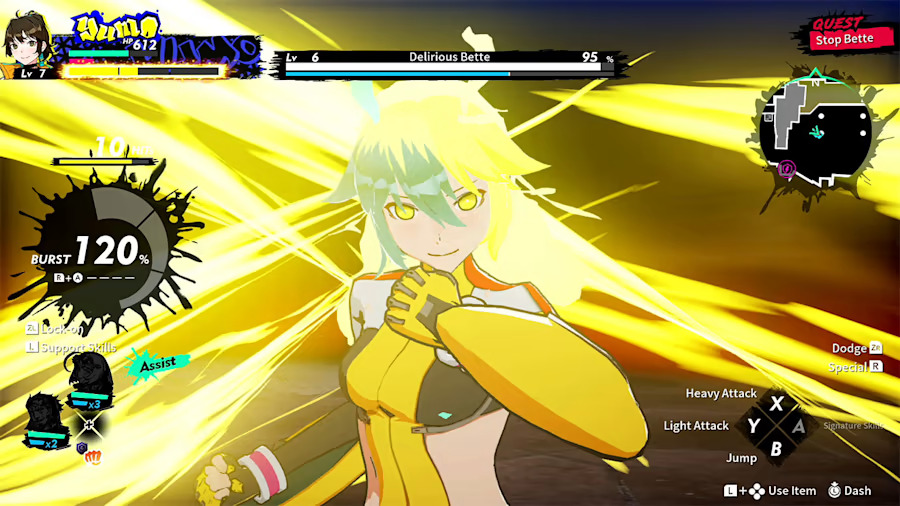 It has a few blurry lines up close, but for the most part Dusk Diver 2 looks really good on the Switch. The bright colours make for a lovely backdrop for the action, and the character designs of friend and foe are nice if very anime inspired.

Technically it’s more of a mixed bag. When there are even a handful of enemies on the screen there are noticeable frame drops, and it definitely detracts from the experience. There’s also some pop in, but it’s covered up in a very novel way. NPCs that are too far away will display as brightly coloured stick figures, and it looks really stylish.

It’s also worth mentioning how much is thrown at you at the very start of the game, and how many tutorials you’ll need to endure. Before every encounter at the start of the game you’ll be greeting with 5 pages of text to read about different status effects or niche abilities, and it really messes with the pacing. It’s also just too much information and I ended up forgetting most of it by the next battle.

Dusk Diver 2 has a few issues, but I’m interested to see how the full game feels next month. The technical issues aren’t ideal, but the fast paced combat and creative levels might be enough to make it worth diving into.