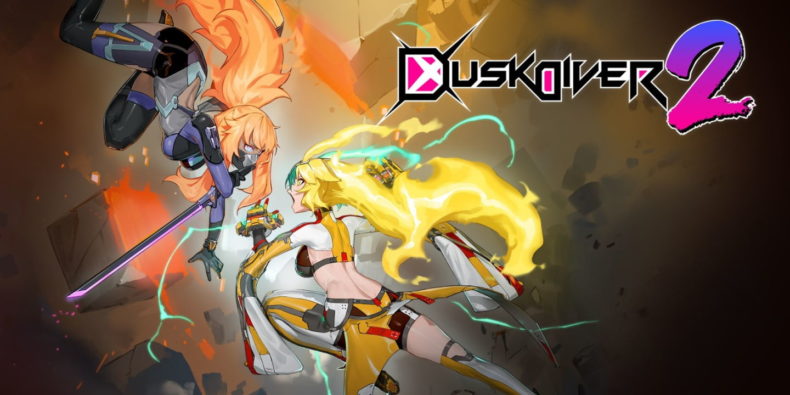 Reviewing a fantastic game is easy. Typically you’ll have so much you want to say about it that the words flow effortlessly as you talk about all the glorious elements that make it a masterpiece. Similarly, it’s often a simple enough task to review a game you truly dislike. All those little mechanics that irritated you for hours fuel the clattering of the keyboard, and it’s usually a rather liberating experience. There’s a middle ground though. The inoffensive game. The bane of a critic’s existence. Like Dusk Diver 2.

After the events of the first Dusk Diver game (which admittedly I didn’t play), our fiery heroine Yumo has swapped out fighting Chaos Beasts for homework and chores. Life in the city of Ximending is going smoothly until more interdimensional portals open and you’re called back into work. And so begins an adventure full of colourful characters, exotic locals and vicious beasts.

At its core Dusk Diver 2 is an action game, so expect to do a lot of hacking and slashing. Yumo has plenty of moves at her disposal to take down the Chaos Beast menace, and you’ll need to master them all if you want to survive. 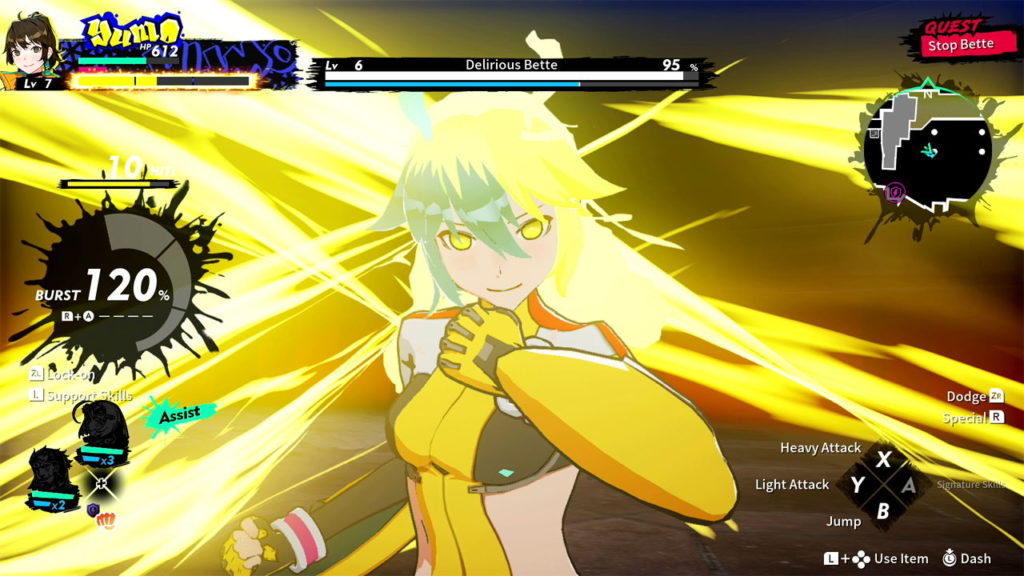 The light attack and heavy attack are pretty self explanatory, but your more powerful attacks are much more interesting. By holding down R and pressing the face buttons you can unleash your flashy special attacks, each with their own unique effects. Some specials hit a wider area of baddies, some send them flying into walls for a potential follow up attack, and some inflict status effects that’ll ruin a beast’s day.

You have plenty of abilities to help counter the offense of any enemies too. You can dodge (which when timed right slows down time) and even create 3D printed creatures to disrupt enemy attacks if timed perfectly. This sounds odd, but is essentially a weird way of parrying and is really important when the difficulty ramps up.

It doesn’t take long for Yumo to start gathering allies, who are more than willing to help out in battle. At the push of a button your allies will jump in to unleash a special attack on your enemies, but if that isn’t enough for you then you can also switch to them on the fly.

Each character plays completely differently. While Yumo is focused on fast paced attacks that break the enemy down, Leo uses slow fire attacks to deal massive damage. There’s also Le Viada, who focuses on ranged attacks, and Bahet and his aerial prowess. The idea of multiple characters is great, but unfortunately none of them are as powerful and enjoyable to play as as Yumo. There’s never any real reason to switch to them either. 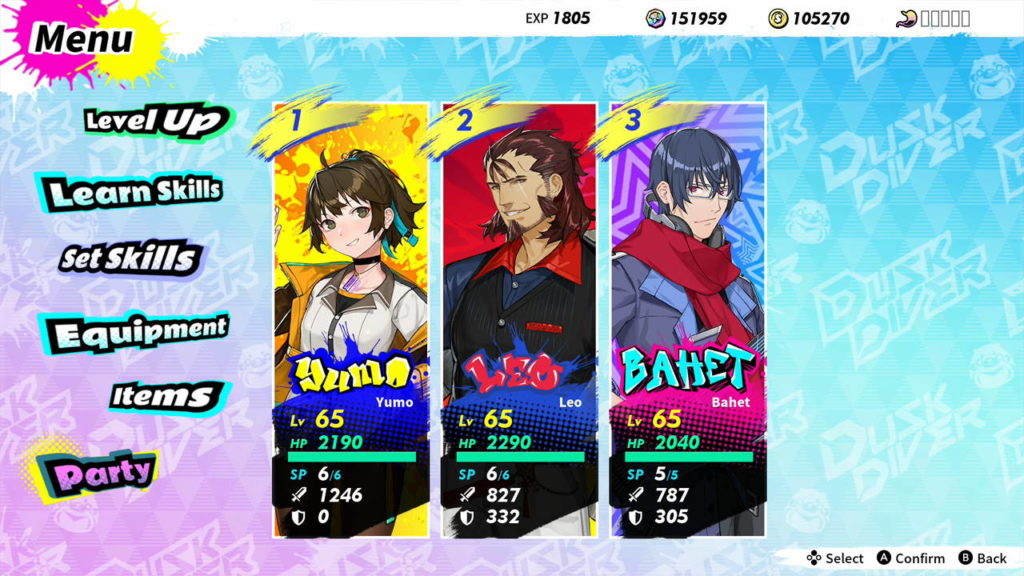 Outside of battle, you can level everyone up at Tumaz Mart with any XP they’ve gained. You can choose from a multitude of stats to upgrade, so feel free to boost attack, defence or whatever takes your fancy. You can also spend any extra cash on new abilities and equipment to strengthen the team further.

Between missions you’ll be given access to all of the Taiwanese city of Ximending to explore, with plenty of collectables, restaurants and side quests to indulge in. Food plays an important part in Dusk Diver 2, granting buffs and an XP boost each time you try something new. The side quests however are much less crucial, and are almost entirely dull fetch quests that really feel like they waste your time.

Even with additional mechanics like the powerful Burst mode you can unleash, combat in Dusk Diver 2 never feels like it’s anything above decent. Something about the pacing and impact just feels a bit off compared to a Devil May Cry or a Bayonetta, and the lack of enemy variety in missions certainly doesn’t help. It’s not bad by any stretch of the imagination, but it never feels amazing either. 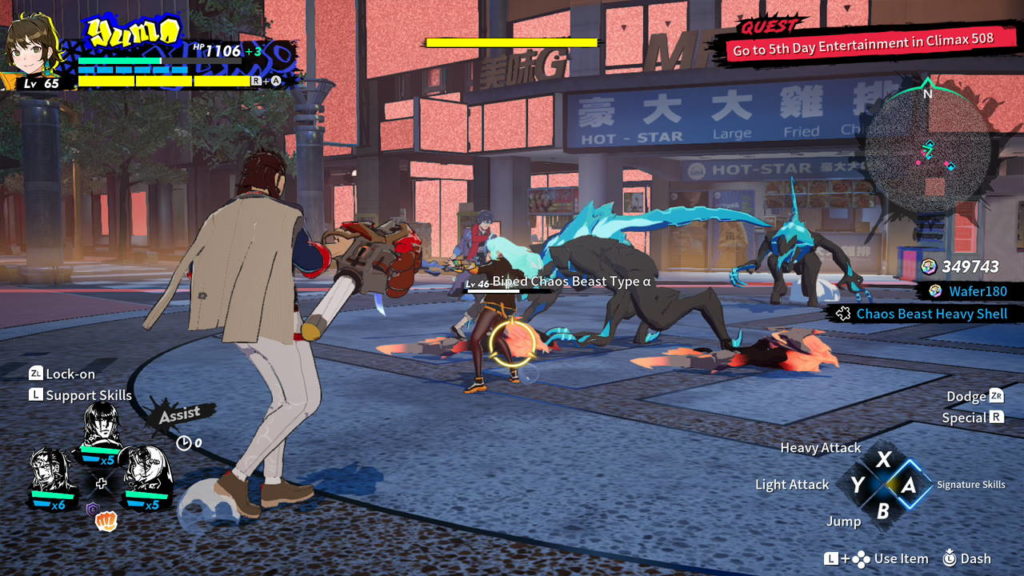 I should also mention that Dusk Diver 2 does have some issues you’ll have to deal with if playing on the Switch. The worst offender of these is the framerate, which targets 30 FPS but rarely manages to stay there for long. There’s also some pretty hefty load times to deal with, which are made all the more frustrating when you need to travel back and forth between areas to complete side quests.

Dusk Diver 2 isn’t a bad game, but a selection of issues make it a hard one to recommend. If you’re starving for action RPGs then you might have some fun beating up Chaos Beasts with Yumo and the gang, but ultimately the performance issues and side quests will taint the experience somewhat.

Dusk Diver 2 is a perfectly adequate action RPG, but the tedious side quests and numerous issues with the Switch port make it hard to recommend.