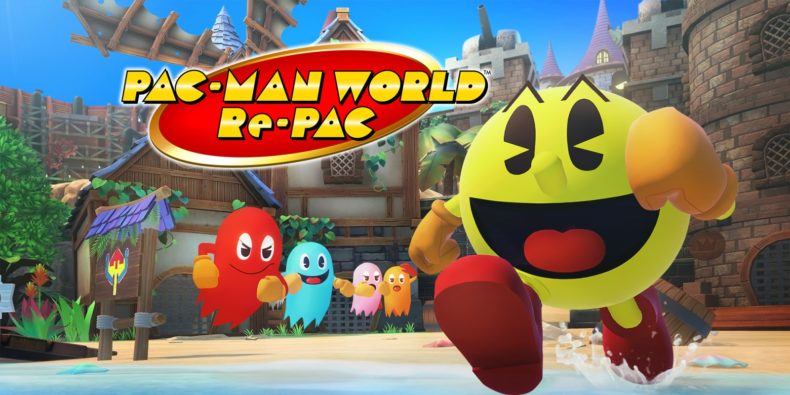 I have to admit, once Pac-Man left the arcade I kinda stopped paying attention to the games he featured in. There are some notable exceptions. Pac-Man Championship Edition was a highlight of the Xbox Live Arcade days, and Pac-Man 256 is the perfect mobile game for five minute bursts. Way back in the day though, the lovable yellow puck featured in quite the number of platform games in the Pac-Man World series. Pac-Man World Re-Pac is bringing that original 1999 PS1 game to the modern era, with shiny graphics and all the power pellets you can eat.

You’d think a gaming icon like Pac-Man would get to enjoy his birthday in peace, but I guess when you’ve spent your entire career gobbling ghosts they might decide to settle the score at an inopportune moment. With the entire Pac-Fam (this is what Bandai Namco call them now) taken to Ghost Island and the party ruined, our circular hero rushes off on an adventure to save them.

Pac-Man World Re-Pac is an incredibly traditional fixed camera 3d platformer. You’ll make your way through levels trying to collect the letters that spell Pac-Man and a variety of fruit. Of course it’s not that easy to just waltz through ghost island and save your pals, with plenty of (you guessed it) ghosts and hazards you’ll need to use all your Pac-Abilities to survive.

Pac-Man actually has quite a few tricks up his sleeve to navigate the island. As well as being able to run and jump as you’d expect, Pac-Man can also do a butt bounce, hover a little in the air to cross longer gaps, and even do a chargeable dash like a certain blue hedgehog. Long gone are the days of simply moving down corridors and eating. 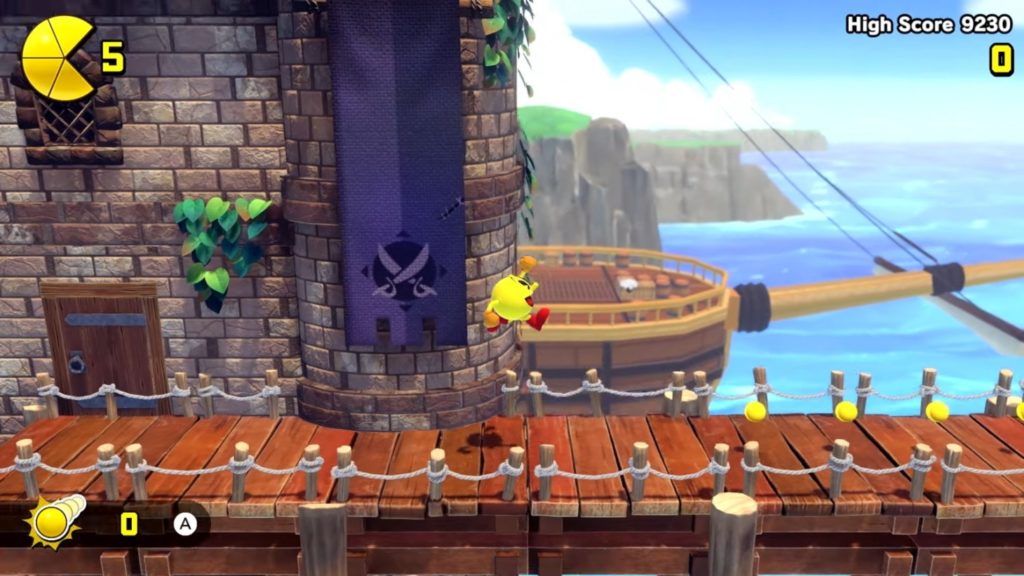 Pellets do play an important role in Pac-Man World Re-Pac too though. The small snack pellets can be collected to use as projectiles against enemies, whereas metal pellets make Pac-Man immune to damage and sink in water which helps find certain collectables. Power pellets are the best though, as they transform our hero into a vast invincible monster. Nothing is more satisfying than wandering into an area full of ghosts and decimating them with your massive jaws.

Each of Pac-Man World’s six worlds is themed differently, and has its own set of entertaining hazards to avoid. The pirate world has cannons to dodge, the circus world has funky spinning platforms and creepy clowns, and the factory is pretty much made of lava. There’s a nice variety of themes to the stages, without the developers going to the well of standard tropes like Ice World and Water World.

Each world also ends with a big ole boss fight, which are also really varied. One boss forces you to dodge attacks along conveyor belts until you can find a metal pellet and reach it to deal damage, another must have its shields lowered by sprinting on special pads that power it. The best though is a Shmup boss based on Galaxian, which is just delightful. It was really nice to face such different bosses along the adventure.

Perhaps the most disappointing aspect of Pac-Man World Re-Pac are the collectibles. Exploring every crevice of a level and backtracking to open every fruit door to spell out Pac-Man will give you access to a bonus stage, and they last all of 30 seconds and give you nothing but fruit and extra lives that you’ll already have too many of. Alongside the Pac-Man letters, there’s also often a maze to find in each level, which will allow you to play a game of traditional arcade Pac-Man. 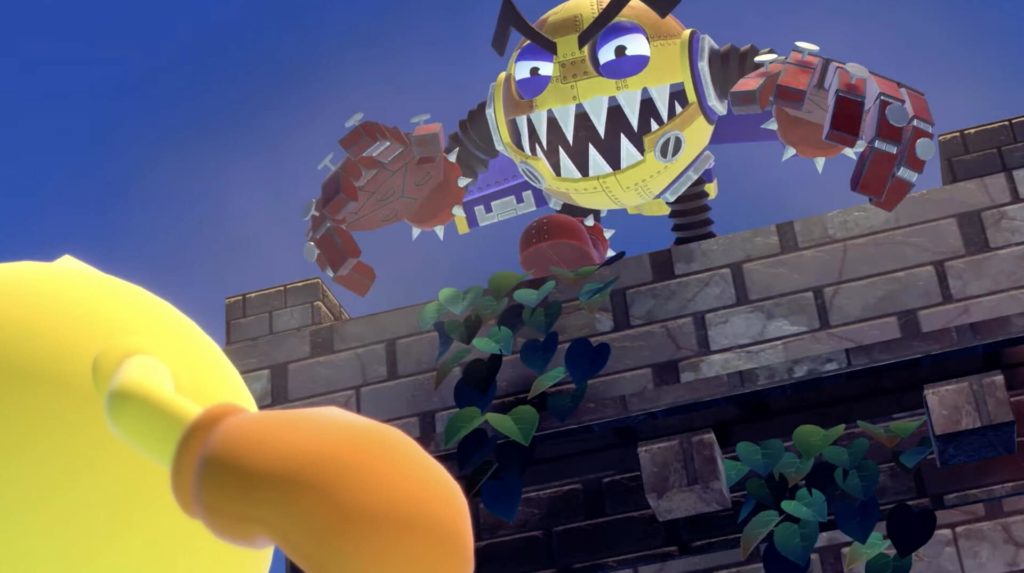 Unfortunately, these arcade style levels are incredibly underwhelming. For some reason they move at about half the speed of a normal game of Pac-Man, and I ended up actively avoiding collecting them. It’s such a shame because a cheeky few rounds of Pac-Man would be the perfect palate cleanser to the platforming.

I had fun with Pac-Man World Re-Pac, but it’s hard to get too excited about any aspect of the game. There’s not a lot that makes it stand out compared to other modern 3D platformers, and the six worlds only take a few hours to complete.

The modernisation of the game is great though. The game runs perfectly on Steam Deck, and the updated graphics are colourful and endearing. It may not be a game that needed to release in 2022, but I can’t deny it’s been polished it up nicely.

Pac-Man World Re-Pac is an entertaining 3D platformer, but ultimately isn’t a particularly exciting one. The level variety is certainly nice, but the fairly unimportant collectables and disappointing arcade style levels let the game down. If your a fan of the hungry yellow puck you’ll probably have some fun with the remake,but don’t go thinking it’s an essential purchase otherwise.

Pac-Man World Re-Pac is good 3D platformer, but struggles to stand out against other modern offerings in the genre.