previous
The Case of the Golden Idol is coming this October, demo out now
random
next
Rick Sanchez joins MultiVersus alongside Patch 1.03
0 comments 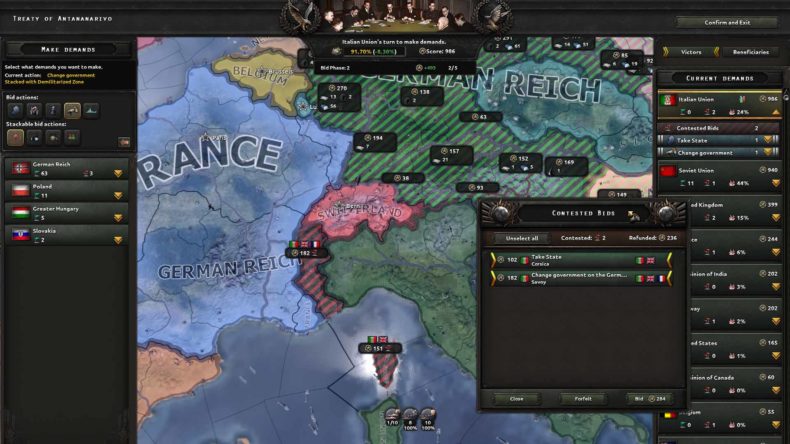 A brand new expansion for Hearts of Iron IV called “By Blood Alone” has been released today, and a trailer has been made to celebrate that fact.

The new expansion for Hearts of Iron IV will cost $19.99/£15.49/€19.99, and means the grand strategy game is getting even grander, as By Blood Alone “adds new ways to explore the limits of your military genius and long-term planning”. Check out the release trailer, below:

The centrepieces of By Blood Alone include the much requested aircraft designer, allowing you to build the fighters and bombers of your imagination, and three new national focus trees, carving out room for an even wider range of diverging alternate histories, whether you successfully repel European conquest as Ethiopia or foment a communist revolution in wartime Italy.

Features of Hearts of Iron IV: By Blood Alone include:

Should you not buy the expansion, don’t fret too much as the main game is still getting a major update that is free for everyone who already owns it.

Hearts of Iron IV: By Blood Alone is out now for PC.