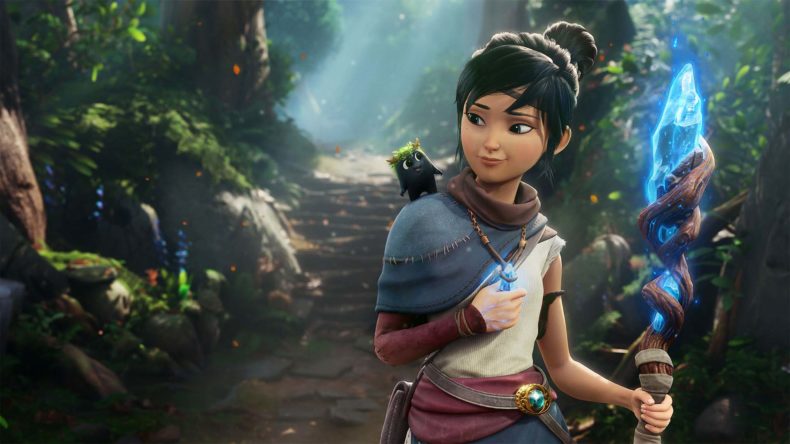 Kena: Bridge of Spirits is one of those games you think wouldn’t even work on the Steam Deck, let alone be as good as it is. In fact, apart from one tiny aspect that really isn’t the game’s fault at all, it might be my preferred way to spend time with the glorious adventure that is Kena.

For starters, the original Epic Games Store release was one that pushed most PCs a fair bit. It’s no secret that this is a gorgeous game, and developer Ember Lab’s background in Pixar-like animated shorts is clear for all to see even just by glimpsing at a passing soundtrack. The game sang on PlayStation 5 as well, but again, it looked so good and so crisp, the idea of it running on anything handheld (ever) was not even a thought in my mind. 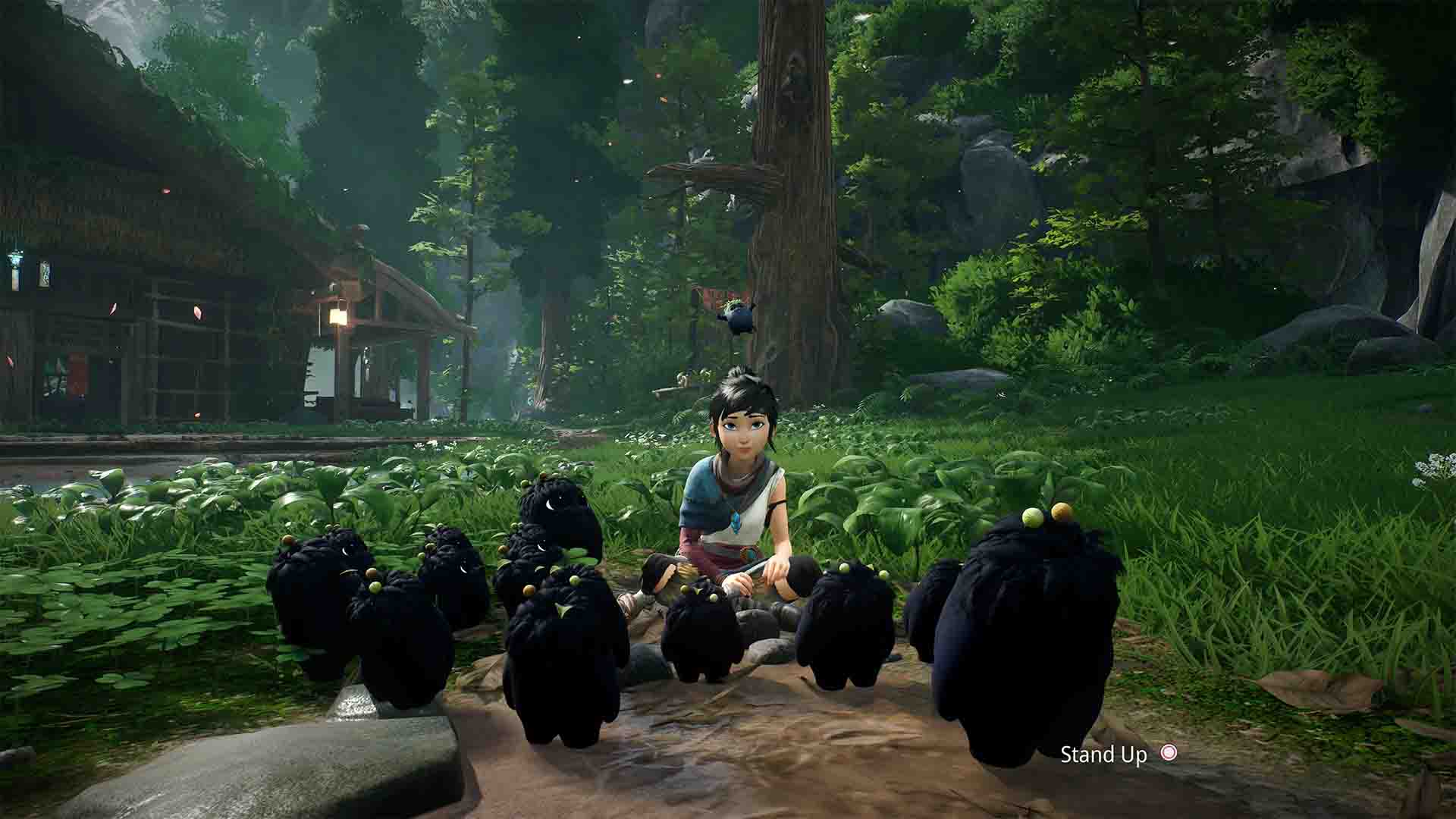 Before we get too into the weeds here, it’s worth noting that the Steam version of Kena: Bridge of Spirits isn’t coming with anything the other versions don’t get at the same time. New Game+ is being added, so you can restart the game with all your abilities, upgrades, and rot collected. There’s spirit guide trials which offer rewards for completing sections like wave defences, obstacle courses, and repeating boss fights from the main game.

Reward wise, you’re going to be unlocking outfits for Kena to wear, but there are also new charmstones in the game which are akin to the skulls from Halo which modify the game in some way or another. But other than that, what you’re getting in the Steam version is much the same great adventure detailed in our previous PS5 review.

That said, Kena: Bridge of Spirits Steam Deck performance took me by surprise. It was already a “Deck Verified” game pre-release, but I took that to mean it’d be a solid 30fps with maybe a few visual jaggies around the edges, but boy was I wrong. While the settings aren’t going to be put on “ultra”, they just don’t need to be. On the Steam Deck’s 7-inch 1200×800 resolution screen, even running on the lower settings this game looks great. 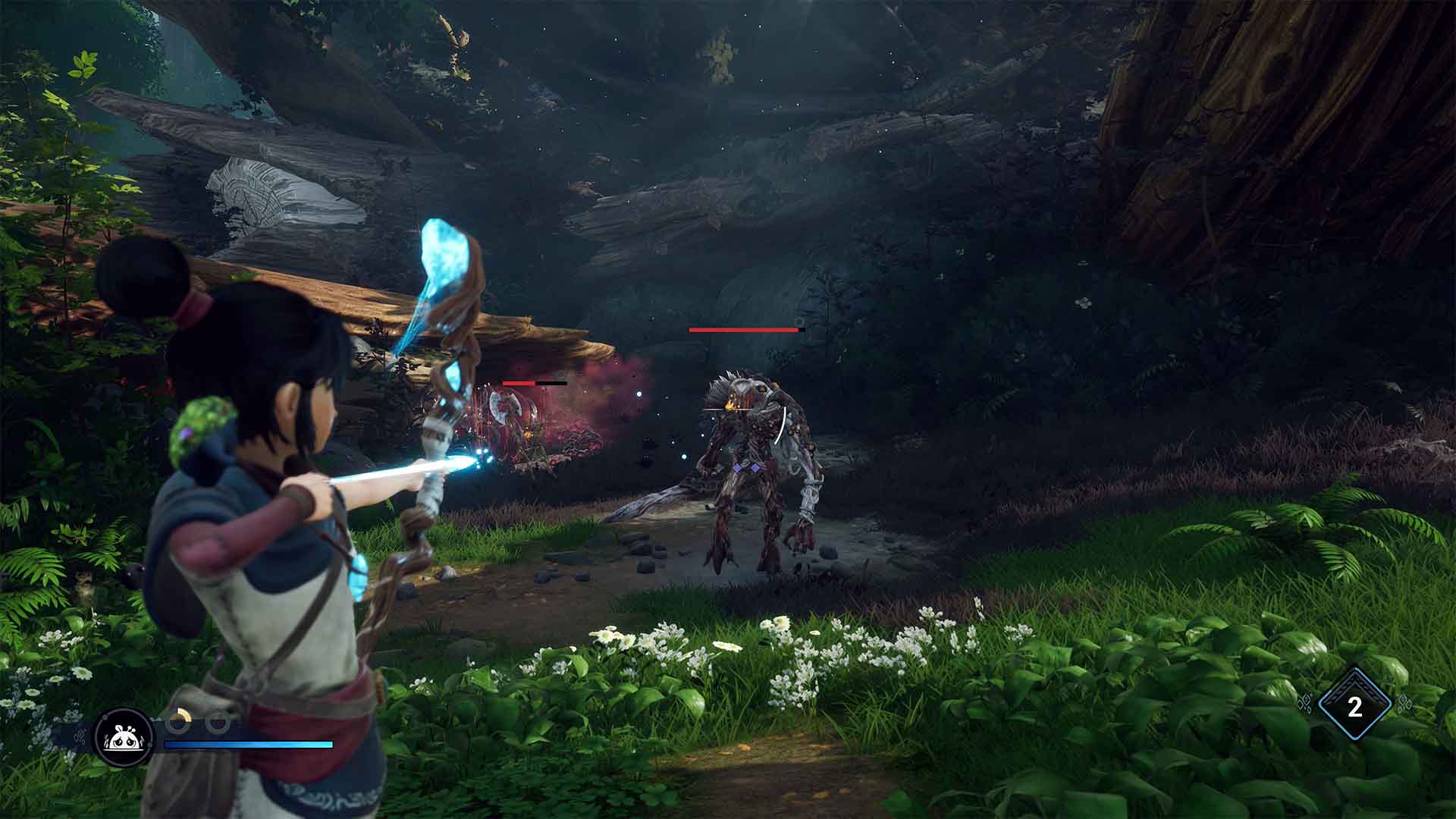 It’s glorious, and full of colour. Sometimes it feels as though the combat arenas are designed around the visuals, because when you finish and remove the decay from the arena itself, the world reveals itself in an explosion of colour. Even if you’ve played the game before on PS5 and experienced 4K resolution and HDR visuals, I defy you to not be at least a bit impressed by what Kena: Bridge of Spirits Steam Deck can show you.

So down to brass tacks then, while the frame rate fluctuates, I was pleased I barely had to touch the settings to get it running well. With the “easy” visual settings (Kena’s version of low, I’d presume) I never saw the game drop below 30, but it hovered between 38-45 on average. Purists might bemoan the lack of a stable 60fps, but when you’re talking in the 40s range, you’re really not going to see a huge difference between 40fps and 60fps on a handheld device like the Steam Deck. 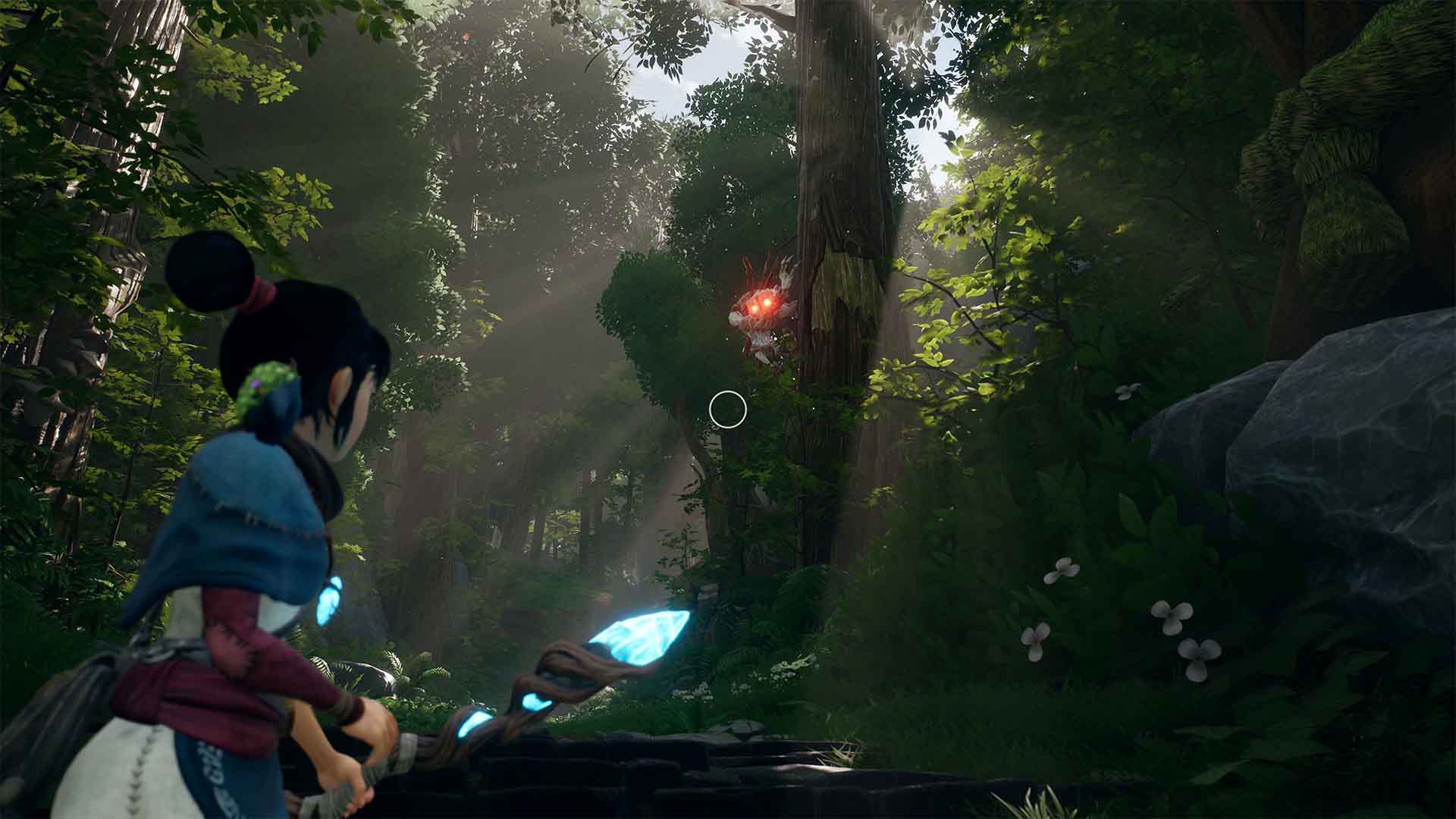 Visuals look clean and crisp, with the occasional noticeable jaggy or, perhaps, lack of anti-aliasing on some sections that aren’t even intended for you to focus on. In truth the only issue with Kena: Bridge of Spirits Steam Deck is that the game relies on using the bumpers for a lot of the gameplay. This isn’t Kena’s fault, but the bumpers on a Steam Deck are the one area I’d say need improvement: they just feel a bit squishy, unlike a traditional GamePad. However, the haptics on offer for Kena are impressive. You can tell this was a PS5 game, and that careful thought has been placed into how and when the vibrations occur.

It’s worth saying that Kena isn’t as simple a game as it looks. While the adventure overall is a delight, the combat on default normal difficulty can be challenging. We’re not quite talking Souls-level stuff, but it’s not as easy as the colourful and cute aesthetics suggest. Regardless, aside the bumper woes, playing Kena: Bridge of Spirits on Steam Deck is about as good as you could have hoped for. If you’ve played it before, sure, there may not be much for you aside the portability, but if you haven’t, and have a Steam Deck, this is a cracking title to enjoy on the go. Moreover, if you have a powerful PC to cloud-save between, you can even see it at its best visually, while also playing on the loo. What an age we live in.

Kena: Bridge of Spirits is out now for PS4, PS5, and PC via Steam and Epic Games Store.

Editor-in-Chief.
MORE LIKE THIS
ember labkena: bridge of spiritsSteam Deck

Kena: Bridge of Spirits comes to Steam in September with updates

Kena: Bridge of Spirits will be on GeForce NOW