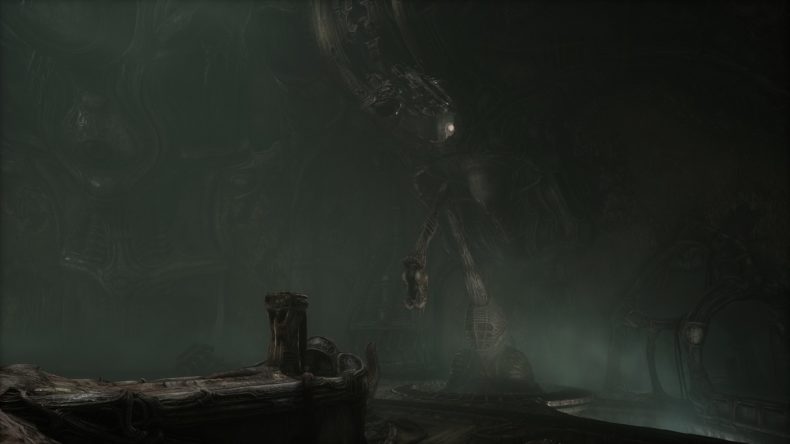 The mysterious and disturbing environments of Scorn illicit memories of the Alien franchise, specifically because of Kepler’s known love of H.R. Giger’s works. The labyrinthian hallways are filled with flesh-infused machinery and blood-soaked contraptions you’ll soon start to interact with, even though you’re hesitant to do so. Despite it being a grotesque, eerie, and confusing place, I couldn’t help but become fascinated with just how well-designed Scorn is, even when I’m oblivious to where I am, what’s going on, and what I must do to get out.

That’s why Scorn is so appealing. There’re no tutorials, no advice, and no hand-holding. You have been thrown into this alienated world with no clue as to who you are or why you’re there. By exploring every room and control panel, you’ll start to find ways to the next area. Puzzles are intricately layered, and although I only got to see a couple, they kept me gripped from start to finish. After making my way through the starting area and taking in all the beautiful details in the horrors that surrounded me, I came across a huge chamber with a large platform in the middle. 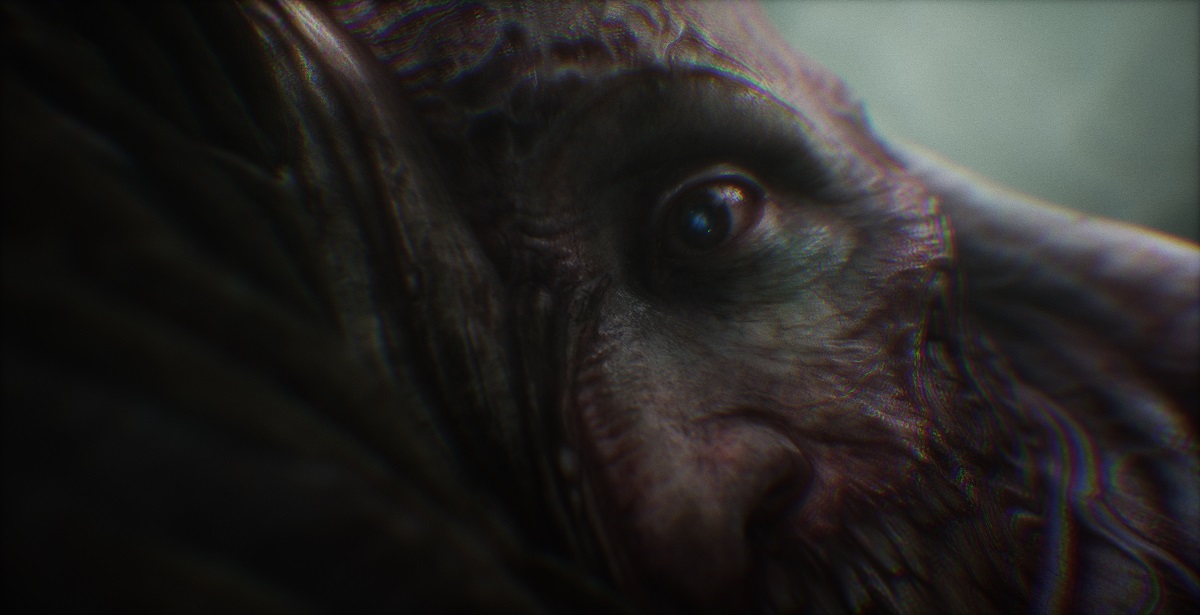 The ground featured a railing system where I needed to wheel something across it, and there were disturbing saws above holding chairs, moveable cranes, and so many places I had to shove my hand into than I’d have liked. With a piece of equipment now infused onto my hand, I had the ability to move these pieces of the puzzle. I was also able to shove both hands into pillars that would move doors open and more. Once I’d started to understand what I needed to do, the pieces began to fall into place, however, I wasn’t prepared for the other ‘being’ that became a part of the puzzle.

I had to move these pods around across a wall so that the mechanical grabber could reach the correct one. Once I’d spent a fair amount of time trying to work it out, what looked like a deformed human became the key to escaping. I had to free it from its cage, move it around the huge chamber using the large platform in the middle until I could essentially dismember him and use his arm to open a large door that required two sets of hands. It was shocking, but a genius twist to the complex puzzle I had to solve. 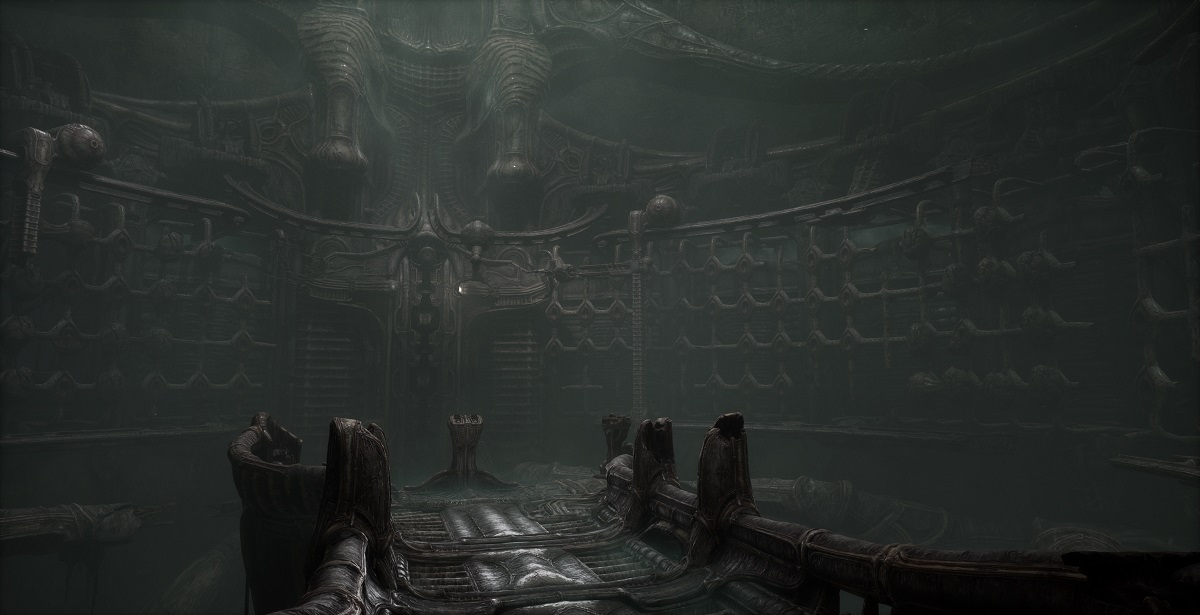 Once I’d cleared the room, the next puzzle I encountered had me trying to insert three separate pods into an organism that would eventually…well, let’s not spoil it here. All you need to know is, despite puzzles being tricky to solve, the freedom of exploration is key in finding what you need to do. Throughout the preview, I spent a long time absorbing every location, no matter how ominous and sinister everything appeared. Kepler has crafted not only a smart first-person experience, they’ve also encapsulated that horror and beauty seen in much of H.R. Giger’s work.

Although I haven’t been able to play Scorn in its entirety, the hour or so I spent with it filled me with excitement for the finished product. The puzzles are clever and layered, and the design of the world is both creepy and alluring. For much of its time out in the ether, knowing quite what Scorn is has been a mystery. Now I’m initiated into what to expect, I can honestly say that the developers have something deeply interesting on their hands.

Scorn is due for release on October 14th for PC and Xbox Series S|X.

Video games are cool. Don't let anybody tell you any different.
MORE LIKE THIS
First PersonKepler InteractivePreviewPuzzle