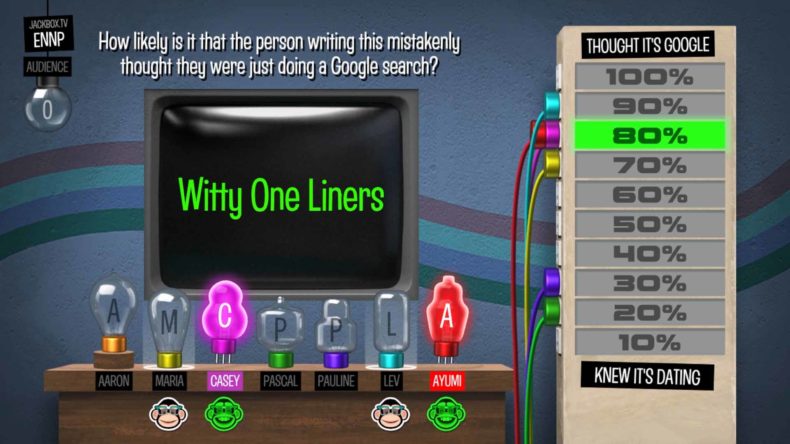 It’s weird to think about how successful the Jackbox games have been, but the hilarious fun doesn’t stop as The Jackbox Party Pack 9 is coming on October 20th.

Settings and features added in recent packs will still be available in The Jackbox Party Pack 9. Earlier this summer, it was also announced that you’ll be able to kick players from the lobby and during the game as well. This helps keep livestreams or games being played at public events as safe as possible. This Party Pack will also allow you to connect to games via QR codes that appear on the screen in the lobby before you start a round.

Here’s the games that are part of the 9th game:

The Jackbox Party Pack 9 will be coming to PC via Steam, Xbox One, Xbox Series S|X, PS4, PS5, and Switch on October 20th.