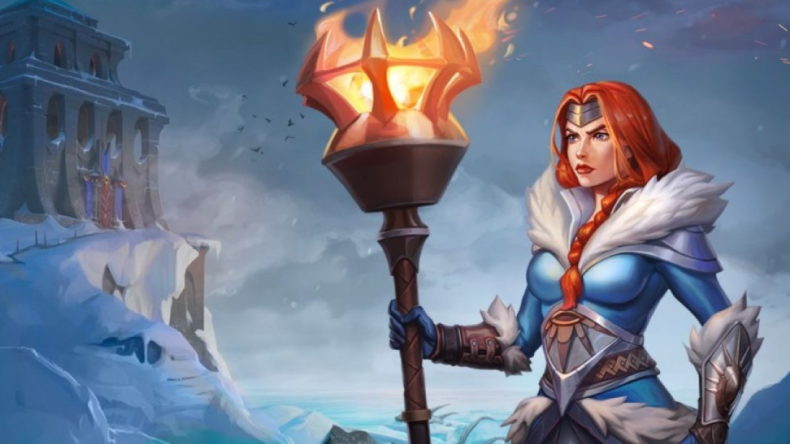 Survival games are big business these days, and the genre works very well with the Early Access model. It allows the developer to see what works, make changes on the fly, and slowly grow the ecosystem of the game until it’s ready to release to the public. Frozen Flame, the new Survival RPG from Dreamside Interactive, is an example of why Early Access can be necessary, as it feels like it still needs time to find its feet.

It tells you almost nothing, dropping you into the loincloth of a player-created character in a fantasy immediately reminiscent of Kingdoms of Amalur: Reckoning. There’s some story happening, but nothing is given much real context, and then you’re just sort of deposited into the world. You meet a merchant, Hornhead, who asks that you retrieve his backpack from some thieves and off you go.

The world itself is quite beautiful, all swaying grass, flowing rivers, and shadowed forests rendered in sharp, rich colours. You’re required to craft an axe and a pick, break down trees and rocks, gather resources, etc. You’ll harvest plant fibres to spin clothes, craft a workbench, and eventually begin to forge weapons such as bows and swords. 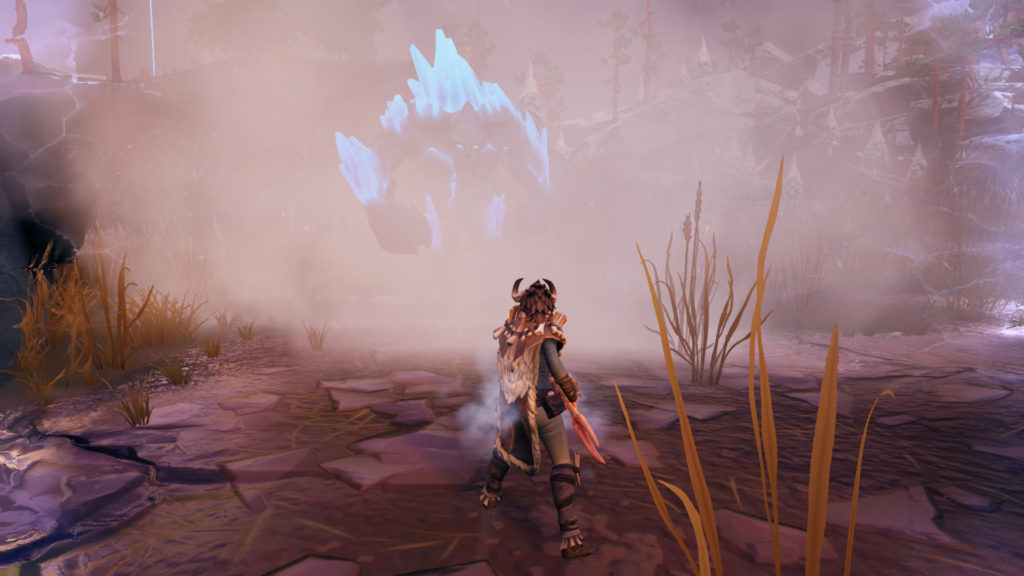 My first issue with Frozen Flame is that it feels very familiar. The crafting, gathering, and exploring in such a small starting area is uninspired at best. How many times have we gathered wood and stone to craft an axe, then eventually a backpack, some armour, folllowing sparse instructions and wandering aimlessly around until adventure sort of just presents itself? Many, many times is the answer.

After a bit of exploration you’ll come across a fellow who wants you to find four sacred masks to do… something. It’s the closest thing to a proper quest there is, but it highlights another issue I have with Frozen Flame: there’s no sense of the grandiose. You’re just told to do something and there’s nothing else to do, so why not?

I don’t want to be too harsh on Frozen Flame, because there are some decent ideas, such as needing the titular Flames to level up at special shrines dotted about the place. But elements that should be tight just aren’t. Combat, for example, is hack and slash and block until the enemy dies. There’s no flare or character to it, and there needs to be something more exciting going on. Perhaps it’ll become more engaging when there are more enemies and weapons. 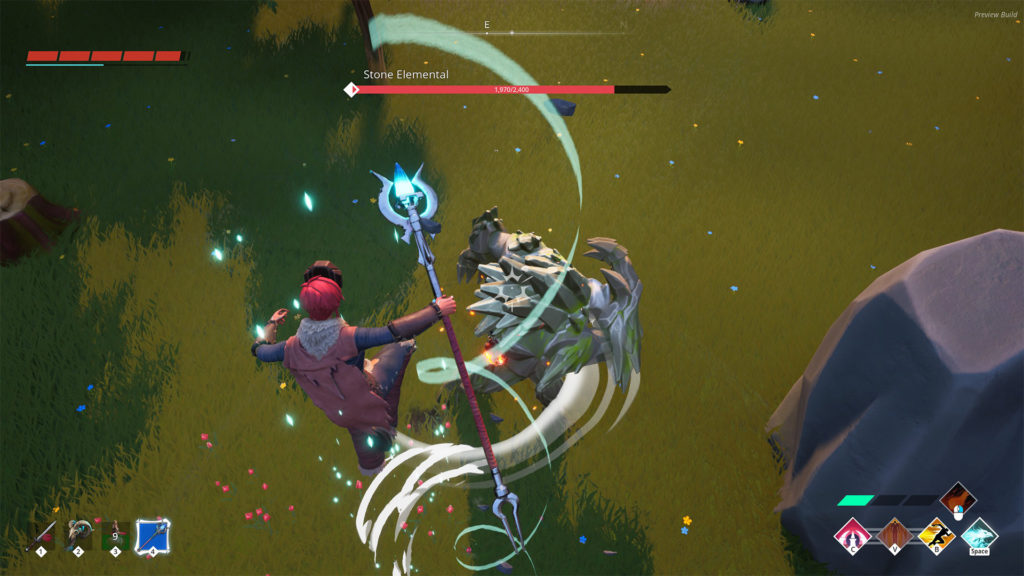 It is a beautiful game though, and there’s a lot going on that hints at a detailed world to explore. There are lore nodes scattered around that flesh out the backstory, pointing towards a greater depth that will come later, during and after the early access period.

Frozen Flame has some potential. The world is intriguing if currently a little empty, and with a few tweaks the combat could be a lot more fun. There’s certainly nothing I actively dislike here, it’s just not particularly new or fresh. At the moment it feels like Frozen Flame is overshadowed by most of its genre-mates, and it needs to forge its own path forward.

Senior Content Editor Mick has been playing games for over 30 years and writing about them for around 12. After drifting from site to site for a while, settling briefly at the now-defunct Made2Game and freelancing for the gone-but-not-forgotten NintendoGamer Magazine, he came at last to rest at Godisageek. Mick has been a reviewer, staff writer and content editor here for some time, while also moonlighting a little for Red Bull Games. He has 4 kids, has written 2 novels, and sometimes even manages to pay a bill or two. You'll usually find him defending the galaxy in Destiny 2, battling evil in Diablo 3, or lurking in the background on Twitter. Find him there @Jedi_Beats_Tank, or on XBL (JediWaster247), PSN (Jedi_Waster) or Nintendo (JediWaster).
MORE LIKE THIS
Survival Sim