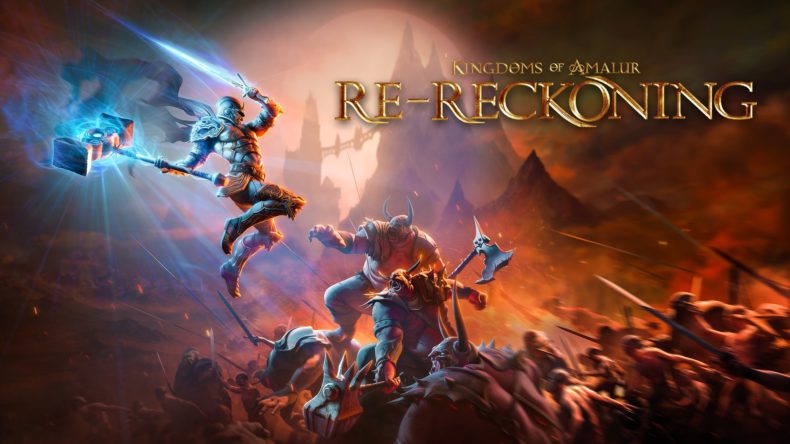 Upon its release in 2012 – which may as well be a lifetime ago now – Kingdoms of Amalur: Reckoning felt like a revelation to me. A huge, deep game filled with fresh mechanics and new ideas, a story replete with lore and character development, and a combat system that was more responsive and customisable than in any RPG I’d played. I went into it off the back of Skyrim (one of my all-time favourites), and it felt like a wonderful change of pace.

Eight years on and the world has changed. The landscape of gaming is different; craggier, if anything. The tumultuous fate of 38 Studios and Big Huge Games has passed into the annals of history, and many of the ideas and mechanics that felt so fresh in Amalur have become standard or been discarded altogether as the medium has evolved. Or, in some cases, devolved.

Kingdoms of Amalur: Re-Reckoning has come at the right time, though. In a year of big remakes and remasters, it lands just right, but you have to wonder if enough people will care that it’s here again. I hope they do, because this is one of those old-gen games like Enslaved: Odyssey to the West and Alan Wake that I always urge people to play at least once. 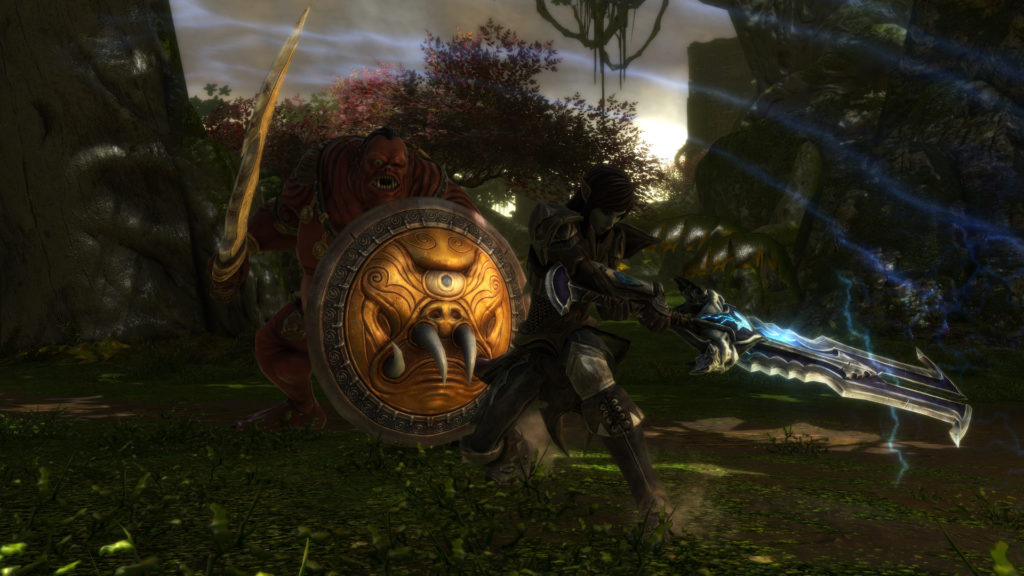 It’s a game built by some genuinely incredible talent. Written by R. A. Salvatore of Forgotten Realms fame (he’s the guy who gave us Drizzt, for goodness’ sake), brought to life by Todd McFarlane, the artist who created Spawn and Darksiders, and scored by Rare’s borderline-legendary composer Grant Kirkhope, Amalur was a labour of love and every moment felt like it.

It’s set in a rich fantasy world peopled by both mortals and a smattering of elf-like Fae races. The latter have learned to manipulate Fate’s “weave” and thus endlessly relive their lives, while the mortal races are governed entirely by the machinations of Destiny. The story begins after a powerful Fae named Gadflow, King of the Winter Court, has begun to decimate Amalur, seeking to bring the world under the rule of the dark God Tirnoch. Your character is a revenant, brought back to life by a device called the Well of Souls, and now exists outside of the tapestry of Fate. As a result, the Fae can’t predict your future, which makes you uniquely conditioned to stand against Gadflow and his armies. Known as the Fateless One, it becomes your mission to unite the people of Amalur and defeat the Winter Court.

As stories go it’s a fine framework, even if Reckoning does bury it fairly swiftly beneath mountains of side quests and – in this complete edition – extra content. Aided by various characters and their factions, your Fateless One is anything but in charge of their destiny, as you’re constantly bounced from pillar to post throughout the campaign. But with such a vast world to explore filled with secrets and lore and distractions, you likely won’t mind. Your created character is dropped into the world with scavenged armour and weapons, no memory, and few allies, and it’s up to you to build them as you please. 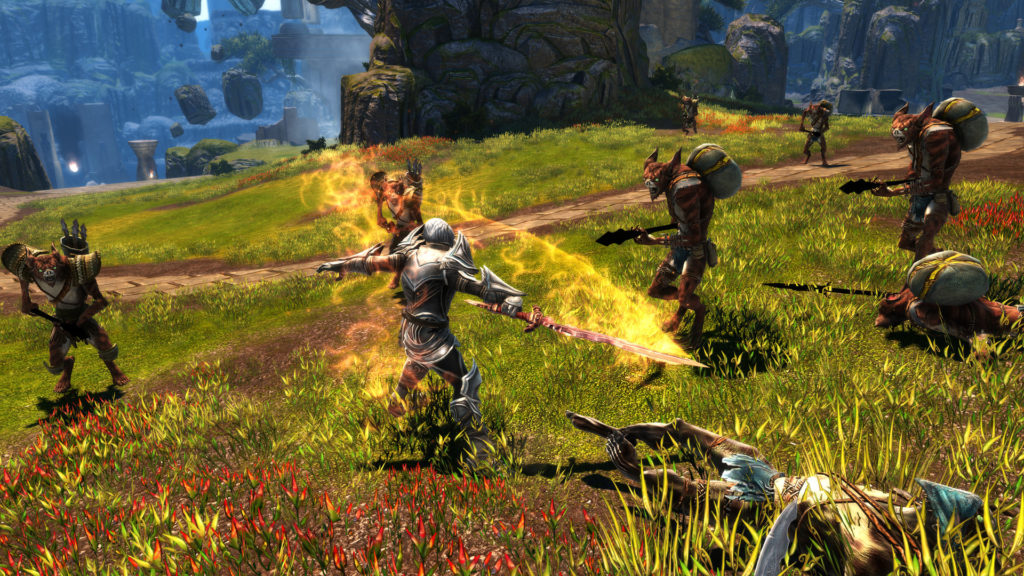 At the time of its release, Reckoning’s classless system felt like something almost pioneering for an Action RPG. Instead of locking into one class, you’ll instead invest skill points into three separate trees governed by the attributes of Might, Magic and Finesse. Each tree holds 20 skills, abilities or buffs, and you’re free to specialise or generalise as you see fit. You’ll also unlock character points that can be used to improve more practical skills like Blacksmithing, Lockpicking, Persuasion and Alchemy. These life skills can make a big difference to how you progress your character, allowing for the brewing of potions or the crafting of gems to increase your stats, or new armour and weapons. One thing I found though is that respeccing is very easy, especially when you’re in the latter game and the gold is flowing, and while there’s a level gate for crafting buff potions and gems, there’s no such barrier to using them – so essentially you could respec temporarily to craft what you need and then respec back to reap the benefits. It’s hardly game-breaking, but it makes some of the skills feel non-essential when it’s so easy to buck the system.

What makes Reckoning’s character progression truly interesting, though – even beyond the comparatively low-level cap of 40 – are the Destinies. Presented as cards, Destinies allow you to focus on particular builds or hybridised them. For example, if you’re building a pure magic user you may choose to be a Sage or a Seer, while you could mix Finesse with Might to create a Warden. It’s an incredibly malleable system that you can chop and change for nothing but some gold when you find a Fateweaver, allowing you to experiment with all the possibilities or change completely if you’re becoming a little tired of the same play style. 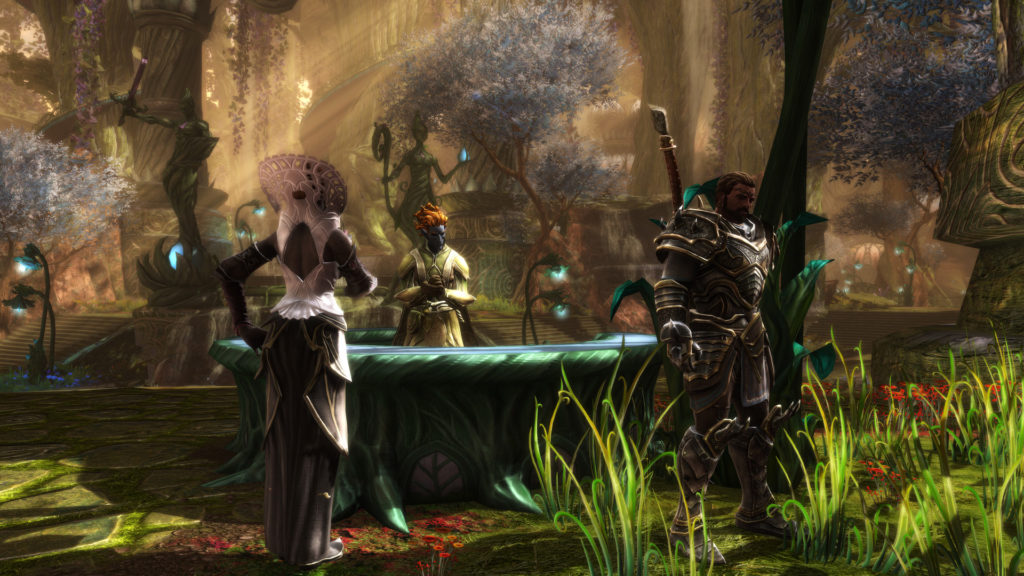 These Destinies are tied to combat more than anything, and Reckoning’s real-time combat is a lot of fun. It’s fast and fluid, and allows for a large number of styles. You can have two weapons equipped at any time, as well as a shield. On a controller, X or Square manages the primary weapon, while Y or Triangle manages the Secondary. Holding the right trigger will open the abilities menu, where you can have four skills or spells mapped to the face buttons. How you mix and match weapons is up to you.

You might go the Finesse route of twin daggers and a bow, maybe a longsword and a hammer for a Might build. A mage could make use of a staff, and a sceptre. Or perhaps your mage likes to deal some physical damage up close, so a staff and daggers would work. Perhaps your warrior likes to do ranged damage before getting in close. Later you’ll unlock Fae Blades and Chakrams to add to the mix. In today’s market, the system doesn’t feel like anything overly new, but in 2012 it was a very cool idea that led to responsive, satisfying combat with grunt enemies and bosses alike, and it holds up today. 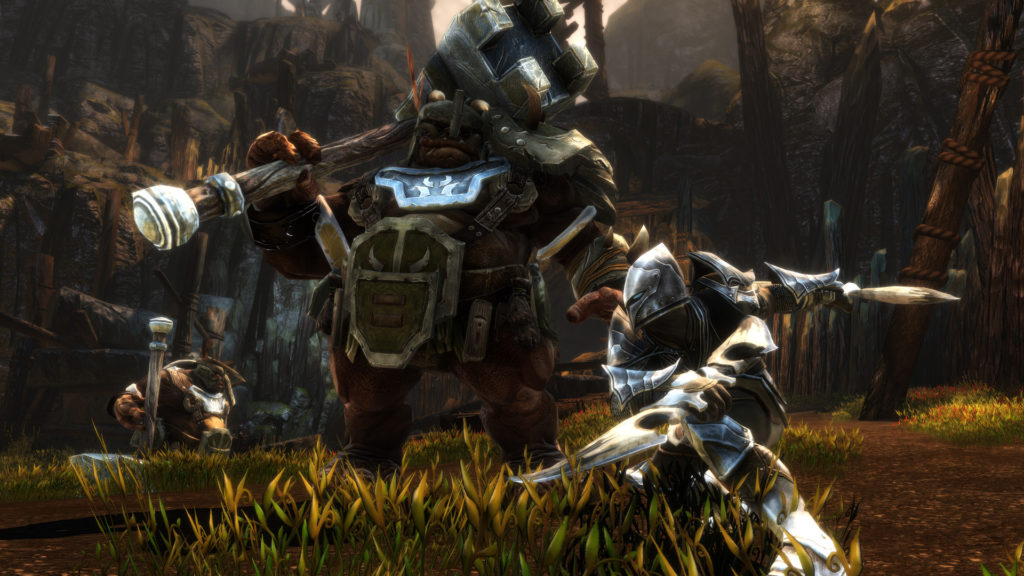 The combat in Kingdoms of Amalur: Re-Reckoning is a joy, the improved framerate and lighting effects add razzle and dazzle, and it’s just as impactful and satisfying as it ever was. Your shield can perform time-sensitive parries that slow time for a heartbeat, and a handy dodge roll (or a cool teleport move if you’re a magic-user) get you out of trouble. As you fight you’ll build a meter that eventually allows you to unleash Reckoning Mode, which slows enemies and increases your damage, and lets you perform a devastating and stylish finisher on one of your hapless foes.

Kingdoms of Amalur was always a beautiful game, but Re-Reckoning is gorgeous. Obviously, this is the same game re-textured and upscaled, so it’s not really on a par with modern titles, but it’s still a good looking game. Rich, vibrant colours and chunky assets fill the world with life and style, and enhanced character models and a smoother (though not perfect) framerate combine to produce a game that absolutely stands up today.

But a lot of the bigger changes have been made behind the scenes. While there’s no increase to the level cap or additional items, enemies, or areas, work has been done to make it a more balanced experience. The loot logic has been improved so you’ll find less random loot that doesn’t correspond to your immediate build, and after so many complaints that the original was too easy after a certain point, there’s now a new Very Hard difficulty, and areas no longer lock to your character level, so you can still grind to out-level an area, but you won’t become over-powered so quickly in late-game zones.

Kingdoms of Amalur is a game that has always been dear to me, and Re-Reckoning is a very good remaster, even if it doesn’t add a great deal to what already existed. There’s new content coming, which is surprising, but I think it would have been more of a boon to have the remaster ship with the new stuff from the off. Still, as it stands it’s a huge, satisfying Action-RPG set in a beautiful, rich world that manages to feel current if not new. Re-Reckoning is a rewarding experience even for people who played the original, while newcomers should get a kick from the exhilarating combat and flexible class system. It may not be the most important remake of the year, but Kingdoms of Amalur: Re-Reckoning is a gorgeous, dense, and charming adventure.

It may not be the most important remake of the year, but Kingdoms of Amalur: Re-Reckoning is a gorgeous, dense, and charming adventure.