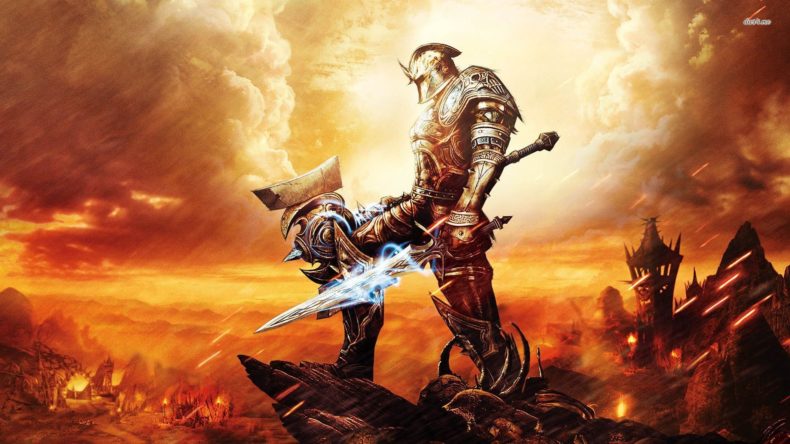 One of the most surprising things about the recent release of Kingdoms of Amalur: Re-Reckoning was just how little it had to be tweaked or adapted to feel perfectly at home on the PS4 and Xbox One. It was barely touched beyond a little work with the resolution and frame rate, and it still felt great to play at the tail-end of the last generation.

Part of this is, of course, down to the exceptional gameplay. Reckoning has a great skill and class system based on mixing and matching three core attributes, Might, Finesse and Sorcery, to create a multitude of core or hybrid builds. Combined with a decent array of weapon types, spells and abilities, this leads to a diverse and dynamic build system that allows you to play to whichever style you choose.

The story (by Forgotten Realms scribe R.A. Salvatore) isn’t half bad either, dropping you into the shoes of the Fateless One, a mostly-willing hero whose recent death and resurrection has left them outside the weave of Fate, free to make their own destiny in a world where the future is largely written. 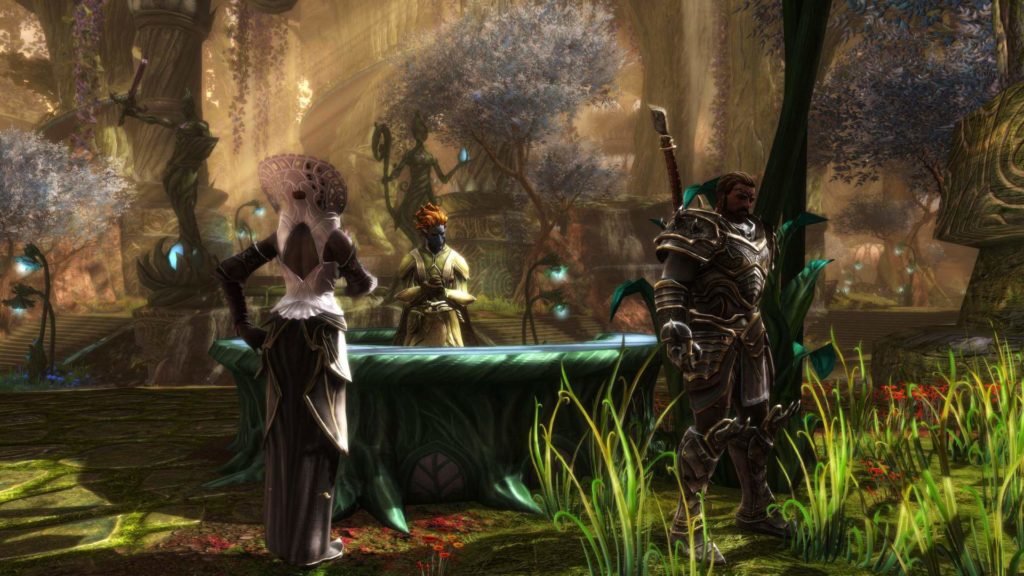 Now ported to the Nintendo Switch, the first thing that becomes apparent is that, once again, there’s no graphical overhaul or tweaking. This is the same game as ported to the PS4 and Xbox – to the point that I can’t even really tell the difference by eye between this version and the version I played on my Pro a few months back. It runs just as well, still has the same washed-out water-colour look to the aesthetic, the blocky characters and detailed environments. Crucially, all the free DLC gear is still in the chest outside the inn in the first hub town, too, so you can get an instant boost to your efficiency as soon as you make it there.

I’ll admit I do find it a little hard to track everything on the Switch’s smaller screen during large scale fights, because things can become a little hectic and once again, there’s not really a way to improve on the visibility of text for those who struggle to read the smaller text.

The action feels excellent though, and anyone who has missed this game or has simply been waiting for the Switch version is in for a real treat. Mixing primary and secondary weapons (which can be any combination of swords, dual daggers, hammers, bows, staves, sceptres, axes and chakrams) with timed parries and evasive rolls, spells, and special abilities provides a fun and ever-evolving combat system and, while there’s not much to do but explore and quest and fight, it keeps the experience from ever feeling stale. 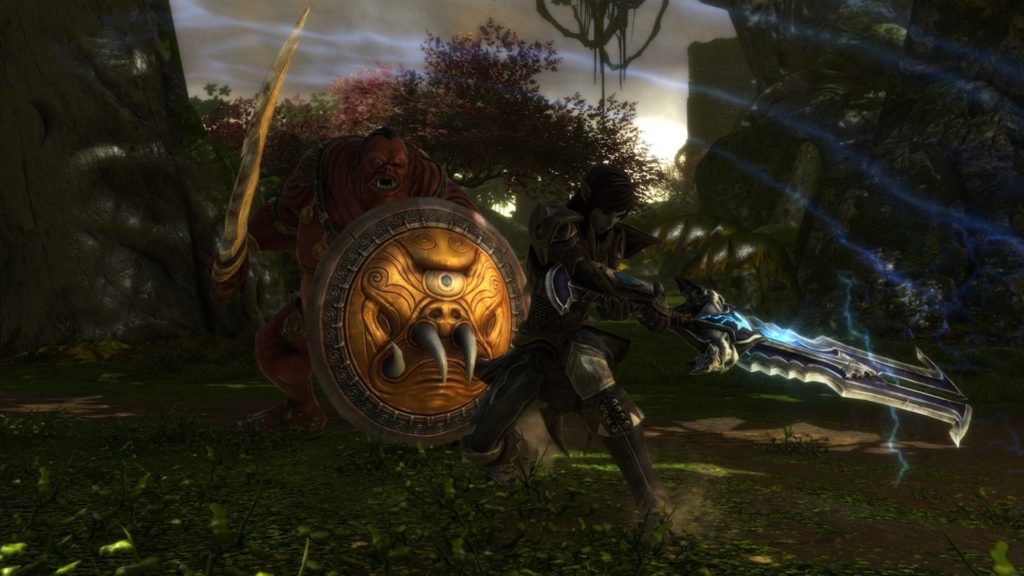 Selecting a new Fate card with each level you gain allows you to build classes based on the skills you use most, so you can have a heavily-armoured spell-slinger, or a swordsman able to switch to a bow on the fly, or even a stealthy sorcerer who sneaks up on people before flaying the skin off their bones with bolts of lightning. You can change as often as you like, although it’ll cost you gold – but it means that throughout the 60-odd hour runtime you can experiment with as many classes and weapons as you like.

Kingdoms of Amalur: Reckoning has a bit of a special place in my heart and so I never hesitate to recommend it to anyone, on any platform, and the Switch version is no exception. Sadly, once again, there are no Switch-specific additions, but then this is very much the same exact game we’ve played on a handful of platforms now and so there’s really no need to pick it up unless it has passed you by previously. Either way, it’s a wonderful to the Switch’s versatile library and one absolutely worth playing for fans of fantasy action RPGs.

No Switch-specific features
Handheld mode can get busy

Kingdoms of Amalur: Reckoning has a special place in my heart and I would recommend it to anyone - and the Switch version is no exception.