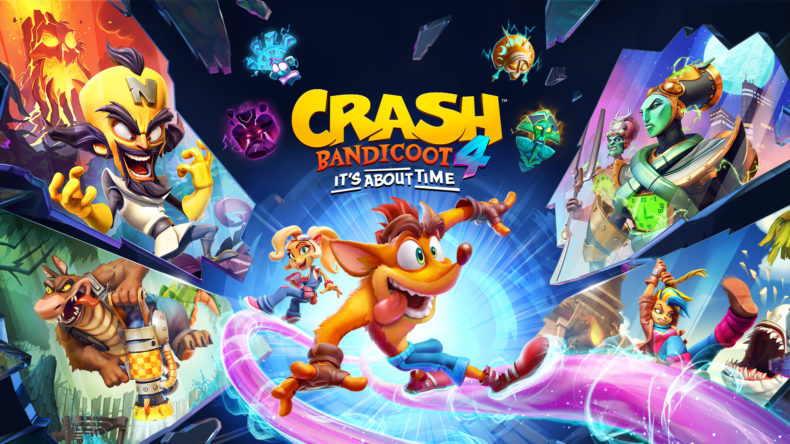 Despite my penchant for slaying dragons, gods and giants in videogames, occasionally I just want to play something colourful and charming – although, crucially, these games are not necessarily easier than the other ones. But as with the case of Crash Bandicoot 4: It’s About Time, which hit PS4 last year, sometimes they land right when you need them to.

I had a ball with Crash’s fourth outing. It consistently won me over with its bright colours and likeable characters, even if some of the new mechanics weren’t quite as worthy as we hoped they’d be. The time travel element, for example, was really just an excuse to have you run sections of certain levels multiple times and added very little to the game – but the platforming was on point throughout.

Now playing on both Switch and PS5 pretty much side-by-side, I can see the benefits to both versions and it’s actually difficult to strongly recommend one over the other – but I’ll focus on the Switch version primarily here as it’s the one with the most differences to the original release. On the Switch, though, things are more noticeable. Obviously it lacks the graphical clout of PS5 or PS4, and so even in handheld mode It’s About Time is not as nice to look at. It runs slower too, although I never suffered any actual slow-down; it just isn’t consistently hitting the same framerate as the PS5 version. 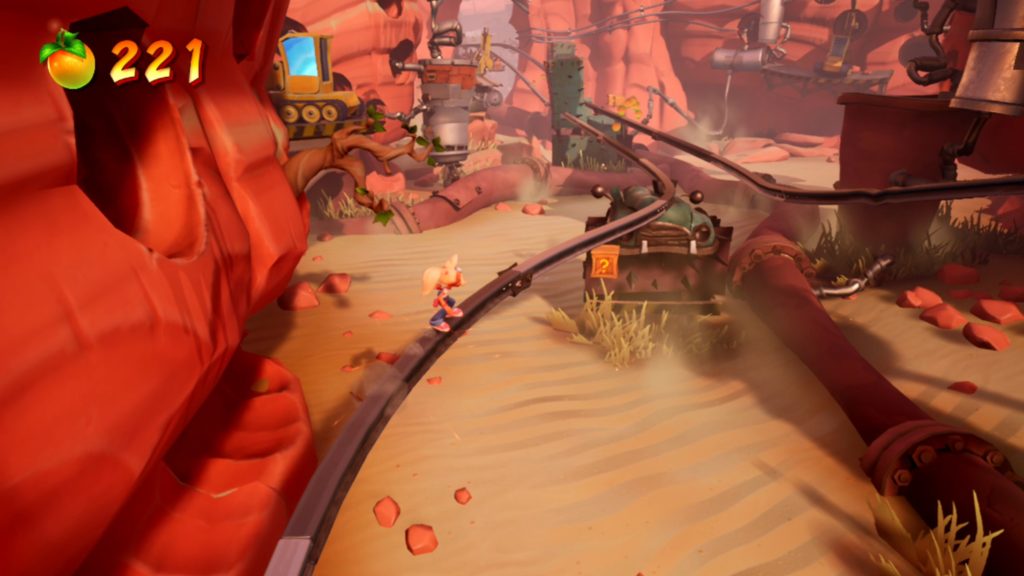 There are no exclusive skins or DLC packs on the Switch version, so you’ll be doing the exact same things as you were on PS4, to the point where if you played it on that platform I wouldn’t advise bothering again unless you really loved it, or hanker after it for a morning commute. If you haven’t played it yet, well, you’re in for a treat.

The story is kind of throwaway, and sees a trio of previous villains including series stalwart Dr. Neo Cortex coming together to escape their interdimensional prison and wreak the usual havoc purely because it’s their job, I guess. As Crash or Coco, you’ll race through various locales, aided at times by other playable characters who only step in for limited sections of previously played levels. 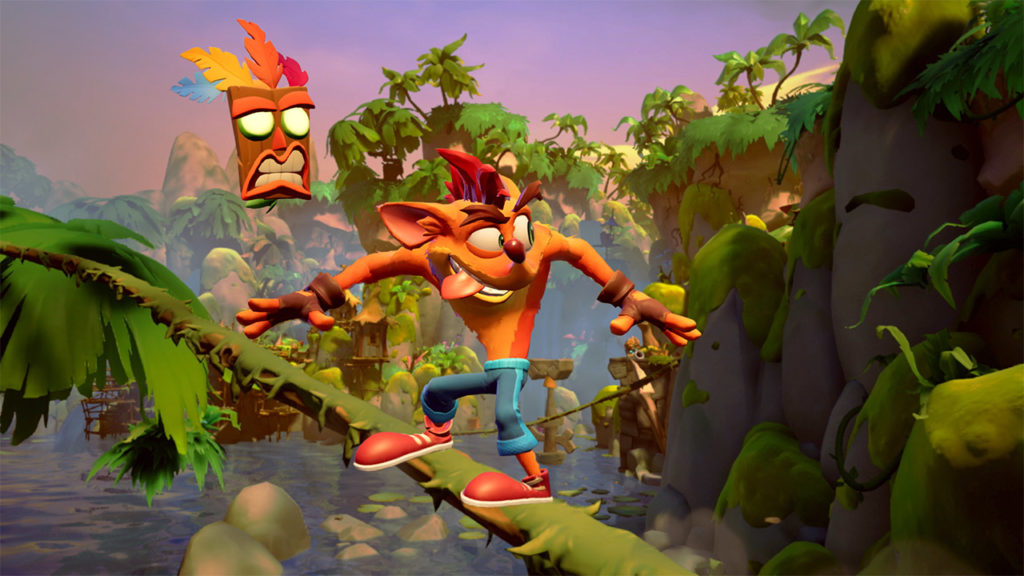 It’s a shame in many ways, as these alternate characters present some fun moments but feel underused. Tawna, for example, is great to play as with her grappling hook ability, but you don’t spend enough time with her to fully appreciate the different moveset, and the same goes with all of them.

Ultimately, Crash Bandicoot 4: It’s About Time on Nintendo Switch is a slightly less polished version of a very good platformer, and the trade-off is the ability to kick back and thrash it out on the couch, bus or khazi. Seems like a pretty fair trade to me – particularly if you skipped it on PS4 for whatever reason. Either way it’s a thoroughly good game that comes highly recomended.

Crash Bandicoot 4: It's About Time on Switch is just as fun and frantic as it is on Sony's consoles, but it's just that little bit less glorious to look at.