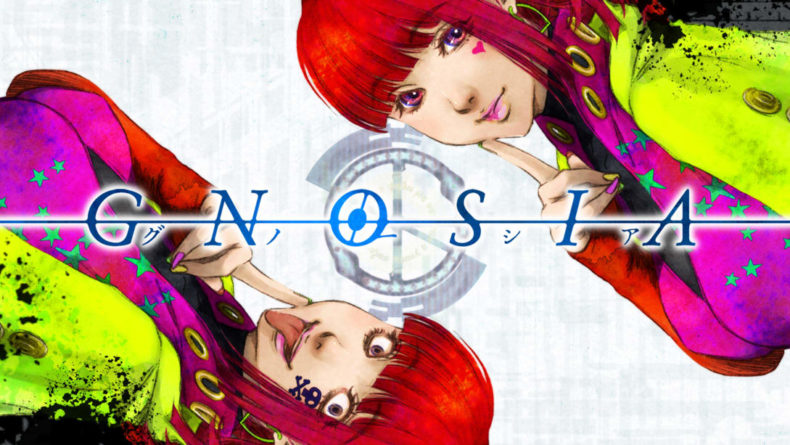 The social deduction genre is a relatively new addition to video games. Board games like Secret Hitler and Battlestar Galactica have been forcing friends to lie to each other for years, but until the unimaginable success of Among Us last year they were often reserved to friends gathered around a table. The perfect storm of lockdown life and Twitch saw millions playing and watching games of deception and murder, and a success story was born.

My own personal introduction to social deduction games came much later, when Project Winter came to Xbox Game Pass. The God is a Geek Discord community witnessed first hand my obsession, and slowly stopped trusting me entirely. Thanks to playing with a group of friends, I fell in love with a genre I hadn’t experienced before. Gnosia however, is here to prove that social deduction can be played alone. 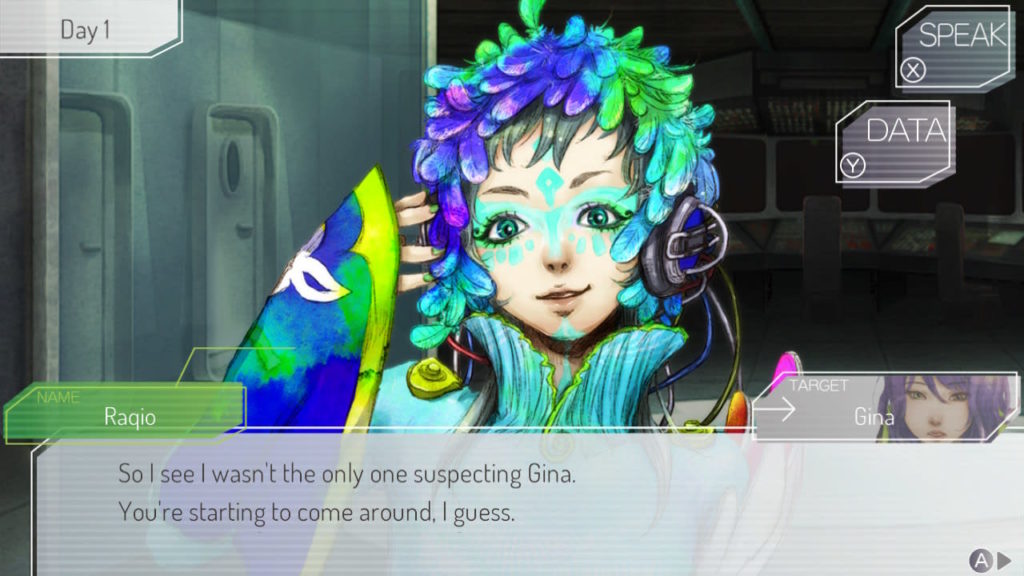 Every “loop” of Gnosia features a set number of innocent crew members, and a handful of people infected by the Gnosia virus all inhabiting a drifting spaceship. The virus essentially turns you into a psychopath, and each day the crew will meet and vote on one suspicious person to freeze. Every night the Gnosia can kill the crew member of their choosing, and thus a verbal battle for survival is born.

Adding to the complexity, there are roles assigned other than the standard good and evil. The Engineer can scan one player for the virus between votes, whereas the Doctor can discover the role of people in the freezer. More roles open up as you play more, with Guardian Angels who are able to defend one person from attack a day, a human who supports the Gnosia and wants to cause chaos, and much more.

Now how does all this work when playing with AI characters? Well each meeting is made up of 5 statements, and players can choose to agree, disagree or say nothing at all. Just like in a deduction game with real people, if you go overboard on the suspicion people will stop trusting you. There’s a lot of nuance to finding suspicious players and gaining enough trust to survive yourself, but you’ll have plenty of time to fail and learn. 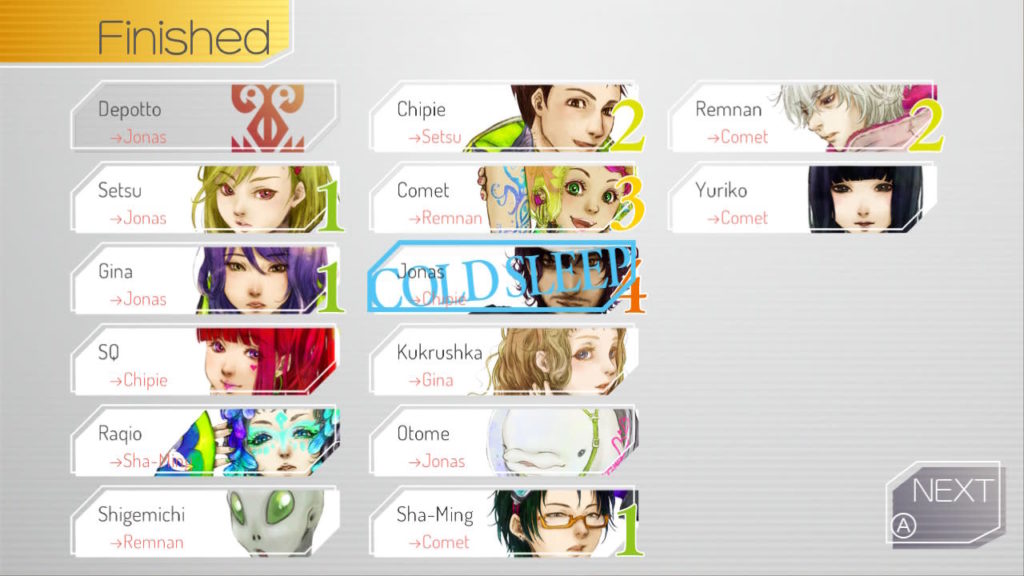 You’ll also improve when you level up. Since the game being balanced is less important as it’s single player, improving your stats is a nice way to add some progression to each run. If you want to convince people you’re being reasonable you’ll want a high Charisma, but if you’d rather focus on being able to tell if someone is lying Intuition is what you need. These stats work well to replace some of the nuance of playing with your pals.

Leveling up also unlocks commands you can use at meetings. If you think the other characters might suspect you too much you can make small talk as a distraction, or if you think others will agree you can outright tell them to vote for someone who’s become an issue. My favourite command was asking everyone to say “I’m Human”, and seeing who refused or could have their lies detected thanks to my high intuition.

All of these abilities would be pointless if all the characters acted the same, but each of the 15 has their own individual traits and behaviours. One woman is a particularly bad liar, whereas another just trolls constantly regardless of her role. Each of them are charming in their own way, from the friendly dolphin in a spacesuit to the shy man who comes from an AI planet. You’ll learn bits of backstory as you go, and eventually I really began to love my bizarre group of space friends. 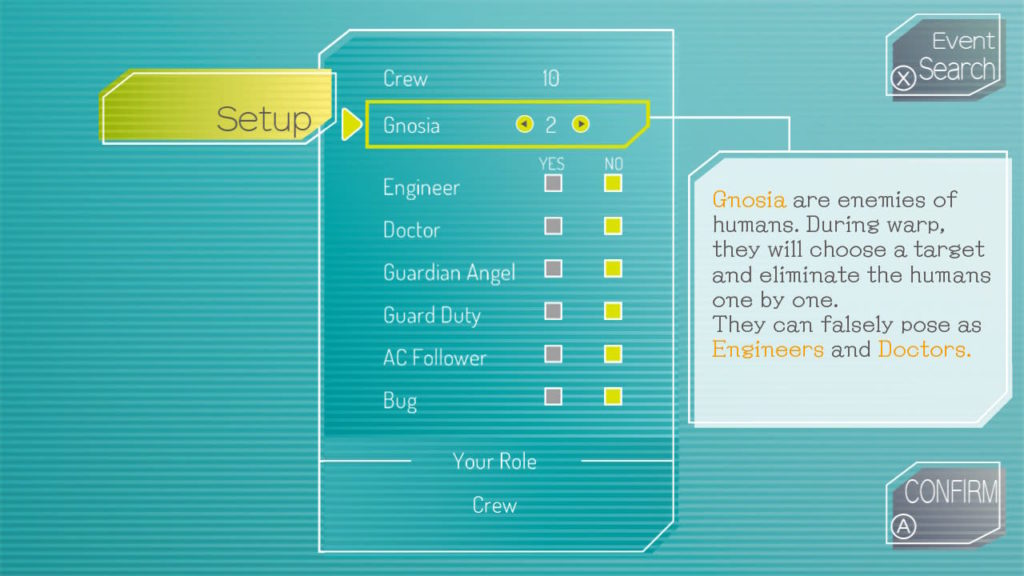 As well as aiming to win individual games of Gnosia, there’s an overarching story that takes place throughout the game. Each loop is a Groundhog Day style reset for the characters (in which you can choose to customise number of players and roles to suit your mood) and trying to discover why this is happening is a game unto itself. Events occasionally take place between voting sessions, with obvious or not so obvious requirements to trigger them. It’s a fun challenge when you’re outright told to keep someone alive until the late game, but there are times where you’ll have no idea how to progress.

Even if you’re lucky it’ll take over 30 hours to see everything Gnosia has to offer, and it’s hard to deny how repetitive it can be when you can’t trigger the next event. Some of the narrative and how it unravels is seriously clever and extremely innovative, but it never quite makes up for the number of hours (especially towards the end of the game) it feels like you’re just going through the motions.

Gnosia is a truly unique way to experience social deduction games without other people. Using logic and that feeling in your gut to expose a liar is really satifying, as is dispatching the crew one by one while acting innocent. You’ll have to grind through a lot of similar runs to progress the story, but it pays off as you find out more about your new friends and stab them in the back.

It isn't always clear how to progress
Fairly repetitive

A hugely innovative single player social game, Gnosia blends Among Us with visual novels to create an entertaining (if slightly repetitive) experience.