As far as I’m concerned there isn’t enough love in video games. Guns, swords and explosives are all well and good, but are any of them as important as a nice cuddle? Valentine’s day might have been and gone, but Sir Lovalot is here to bring a dose of romance to your video games.

Sir Lovalot, like so many others, is on a quest to find his true love. He’ll settle for no less than a Rapunzel-like princess, with long flowing locks and royal beauty. To help him find the one, you’ll need to help our brave hero jump his way through treacherous stages and gather gifts for his potential partners.

Each stage is made up of screens of traps and enemies blocking the route to your next castle for the night, which Lovalot needs to navigate with his array of traditional platforming powers. Getting over gaps is a breeze with his double jump, and walls can be scaled by bouncing between them. It’s nothing you haven’t seen before, but it should help you get from A to B. Sir Lovalot is significantly heavier than some of his peers, but controls well when you get used his heft. 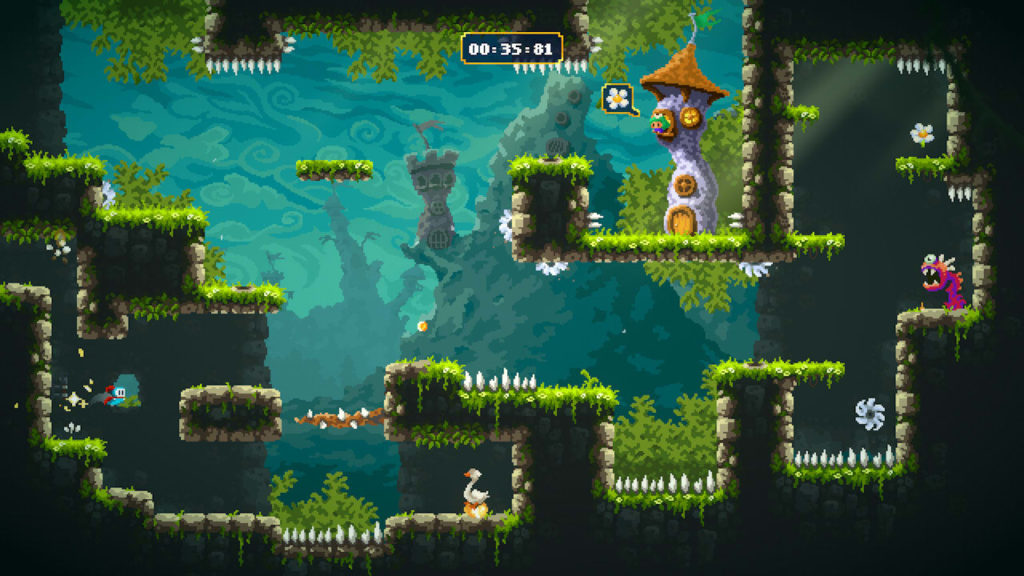 As well as dodging deadly saw blades and fire pits, our brave knight can also shoot projectiles to deal with enemies. His rapid-fire bullets make short work of the snakes, frogs and fish, and since one hit means restarting the screen you’ll want to dispatch these potential threats quickly. A lot of the enemies aren’t hugely threatening early on, but fast moving bats and earthquake-inducing apes are well worth taking down.

In the very likely event that you die, objects you’ve interacted with in a level don’t reset. It’s slightly odd, and means it sometimes makes sense to clear out the enemies, grab any collectables, and activate any switches and die to make it easier.

To impress the Princess at the end of the stage, you’ll need to bring her the flower placed somewhere dangerous along the way. As well as this romantic gesture, there are extra gifts added to the levels as you progress through each of the 4 worlds. Although optional, grabbing lollipops and jewellery will improve your completion percentage if you’re so inclined. 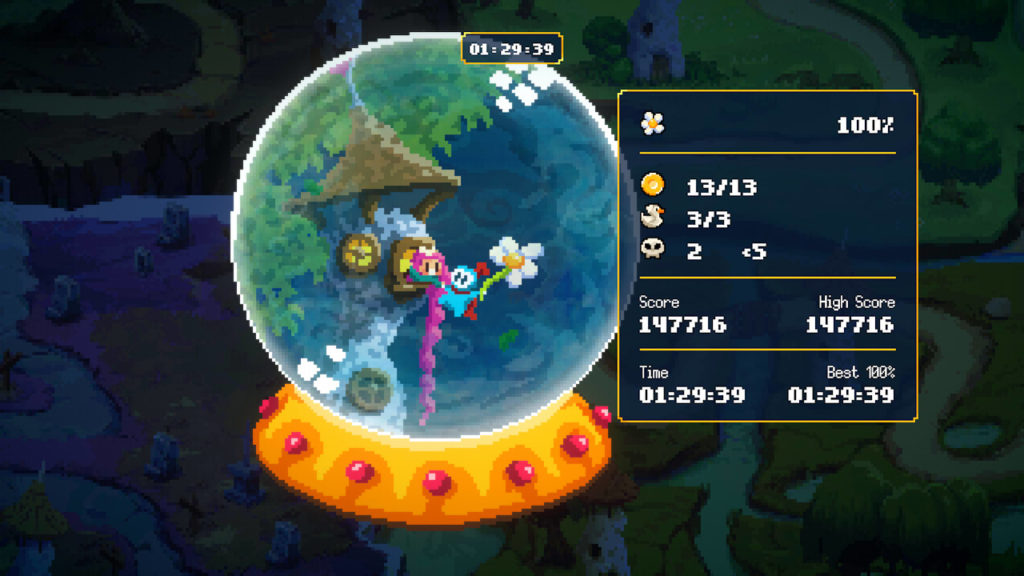 As well as collecting presents, each level has optional objectives to complete to get that elusive 100%. There are coins to collect, hidden golden goose eggs, and a death count you have to finish under. It’s nice to have a reason to replay levels to up your percentage, especially since finishing the game can be easily done in less than 2 hours. I generally enjoyed aiming to complete the extra tasks, but eventually found it hard to muster up the enthusiasm to find the eggs behind invisible walls.

Each world of Sir Lovalot adds a ton of new elements to the table, with mixed results. While I loved the fiendish lava area, the water levels of world 2 were particularly dull. Movement through water is incredibly slow, and every death feels all the more frustrating for it. After it’s introduced early on, water pools even pop up outside of these river stages to ruin the day. 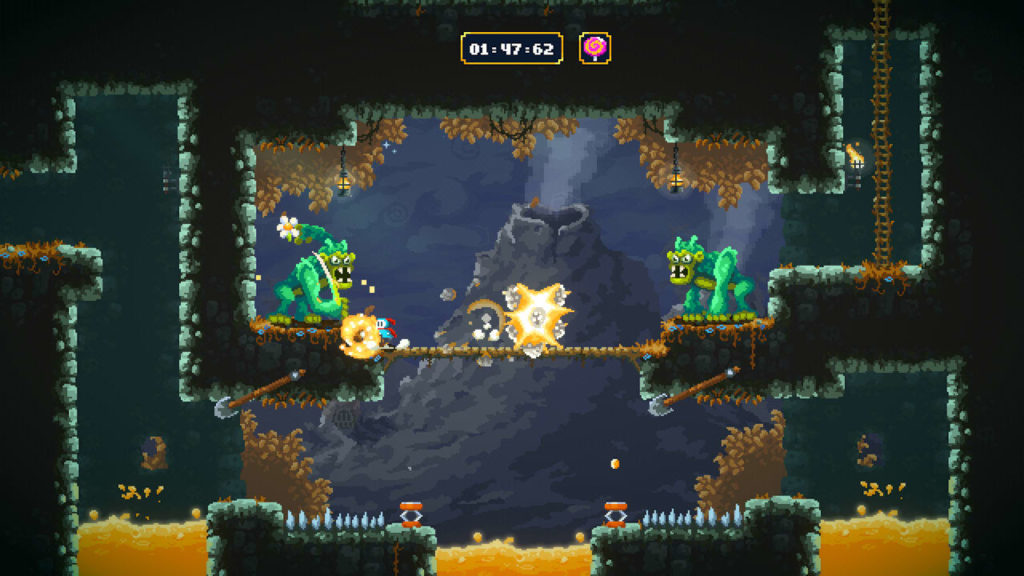 Wet levels unfortunately weren’t the only issue I had with Sir Lovalot. Some surfaces have borders that do not match how they look visually, and it ended up costing me a successful run more than once. It isn’t a huge issue, but was more than slightly annoying. Another unusual irritation comes in the form of our protagonist’s double jump. In most situations it works fine, but if you drop from a ledge instead of jumping off it doesn’t activate.

Sir Lovalot is an enjoyable platformer that packs a lot into its short run time. Dodging traps and collecting gifts for princesses is good classic fun, and the side objectives give you a reason to replay stages. As long you can slog through the water levels and can adjust to the weighty jumping, then this bed-hopping adventure is great for a free evening.

Sir Lovalot is a simple platformer that packs a lot into its less than 2 hour runtime, but struggles with water levels.