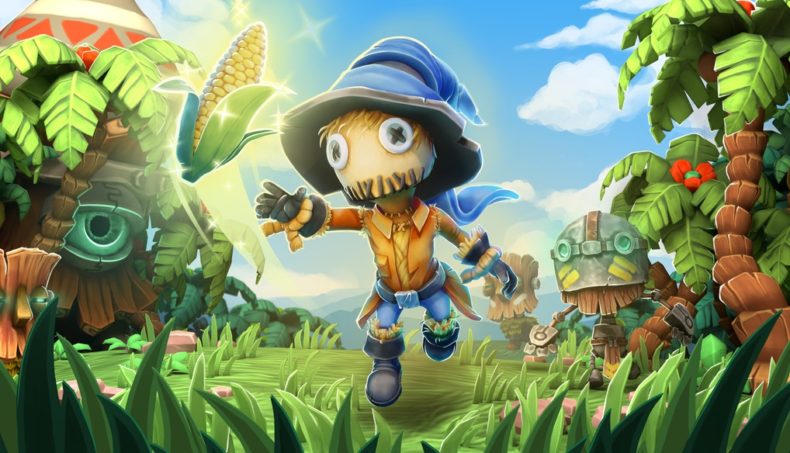 Difficulty in games can be a hard thing to balance. Make a game too hard and people will give up, make it too easy and they’ll get bored. I’ve spent (some might say wasted, but we’ll ignore them) my whole life playing platform games. Because of this I generally prefer my jumping over pits to be hard as balls, but that’s not to say I can’t enjoy an easier experience. Stitchy in Tooki Trouble is definitely on the easier side, so I was interested to see if it could hold my attention.

The game begins with our scarecrow hero Stitchy living his best scarecrow life, and watching a field of crops. This peaceful existence doesn’t last, as a crowd of Tookis (mask wearing baddies that wouldn’t look out of place in a Crash game) barge through the farm and ruin the harvest. This brings our slightly nightmarish hero to life, and sets him on an adventure to destroy an entire race of people/creatures. The two minute cutscene just wants you to get into the jumping action, so don’t think too much about it.

Tooki Trouble is a pretty straightforward platformer. You’ll be aiming to reach the goal at the right hand side of the stage, dodging enemies and hazards along the way. Stitchy is really easy to control, and is equipped with a double jump to dodge and ground pound to attack those pesky Tookis. 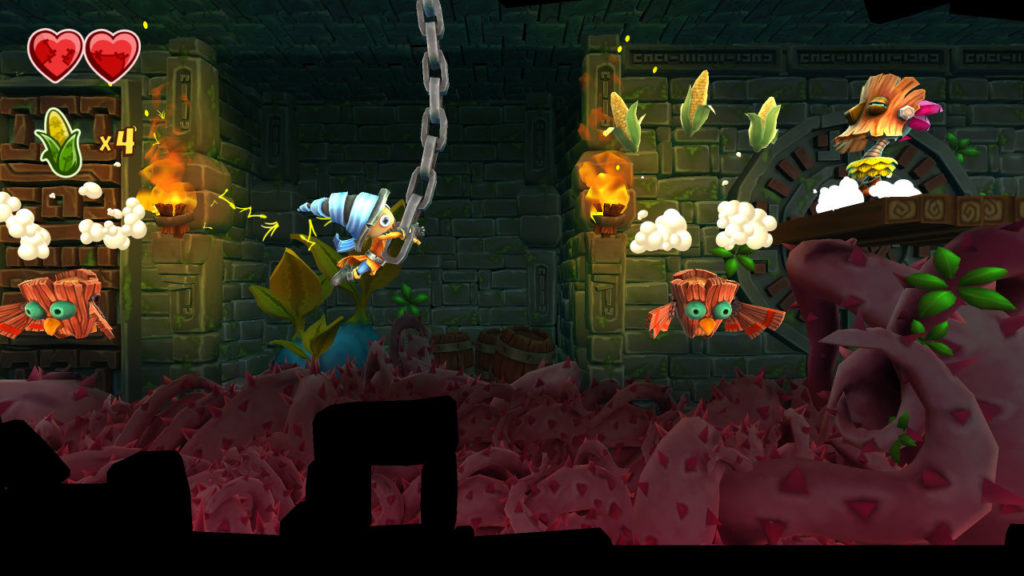 You’ll immediately notice that Stitchy in Tooki Trouble is a slow paced game. With no run button to speak of, you’ll be moving from left to right at more of a tortoise’s speed. Jumping is also very floaty, and because of this you have perfect precision in where you land. It’s an ideal setup for anyone not used the genre, but veterans might be a little bored exploring the first couple of worlds.

There are three worlds in Tooki Trouble, each with different hazards to deal with. There are sharks and wobbly rafts in the island world, slippery ice in the snow world, and deadly lava in the final world. It might not be the most original choice for environments, but they’re classics for a reason and fun to complete. Getting through them all will set you back a couple of hours, so you’ll probably beat the game in one session.

Extra stuff to do

As well as reaching the end, each level has three totems to find. It’s nice to have something extra to do as you traverse the trials ahead, and if you find all of them in a world you unlock a “harder” bonus stage. They aren’t particularly tricky to locate though, and I never had to replay a level to find one. 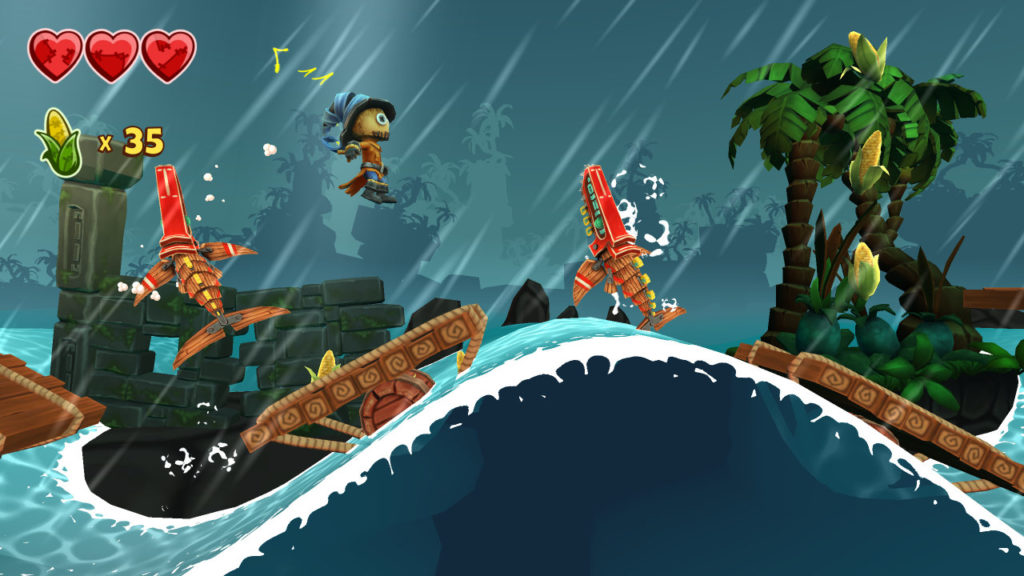 As well as the collectables, you’ll also get a star rating based on how long it takes you to beat a stage. I appreciated this in theory – but when you can’t run, racing to the finish isn’t a thrilling as it sounds.

There’s a lot of Donkey Kong Country energy in Stitchy in Tooki Trouble. It isn’t just the enemies, there’s shooting out of barrels and even mine cart levels. As a huge fan of the classic Rare games, I was happy to see these elements but they aren’t really fully explored.

There’s nothing wrong with Stitchy in Tooki Trouble, it’s just unremarkable. If you struggle with 2d platformers and want to play something simple you could enjoy it, but if you’re an experienced jumper you’d probably prefer something else.

It isn't a bad game, but Stitchy in Tooki Trouble is just too slow moving and simple for anyone with platforming experience.