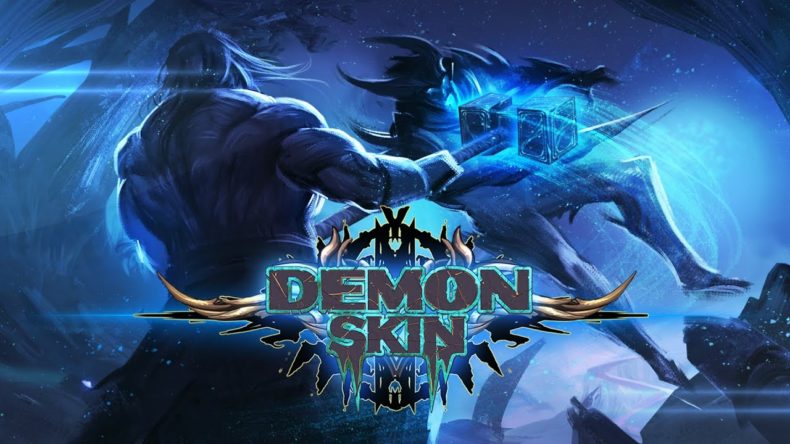 My initial reaction to Demon Skin was, “Oh, this is quite good actually.” The combat felt immediately brutal. I liked the way my character just loaded his back up with scavenged weapons, and it looks very pretty. Sadly though, this sheen begins to wear off very quickly when you start tangling with the sluggish controls, the clunky movement, and the frankly awful item selection menu.

Games have been around for a long time now – a lot longer than some of you reading this have even been on Earth. There are thousands of examples of how to make a menu system work in a side-scrolling hack ‘n’ slash game, so why would Demon Skin’s developers Ludus Future think that this was the best option? It’s clumsy and unexplained and I was switching weapons and wasting curatives for ages before I finally started to understand it. 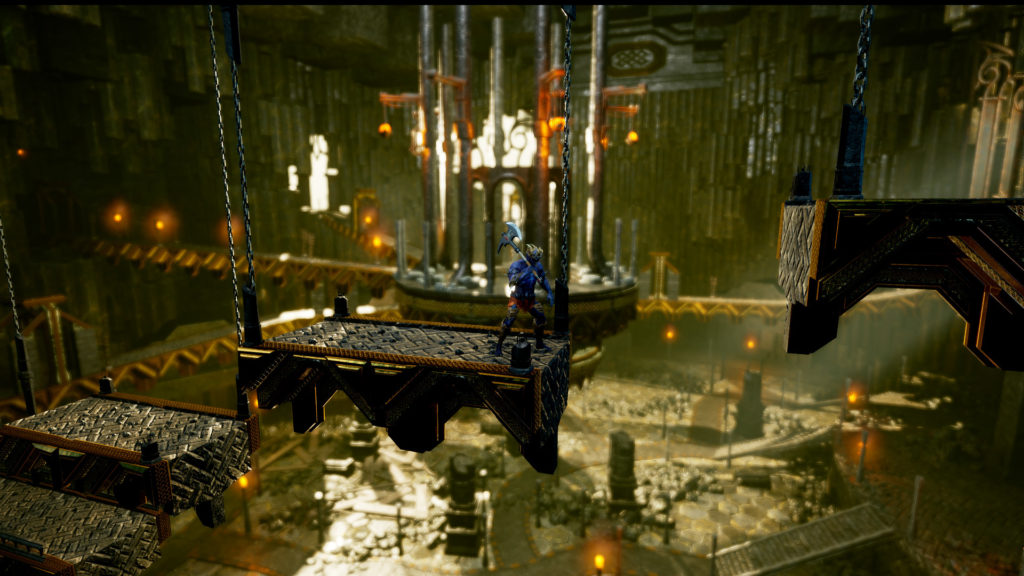 But that’s kind of a theme in Demon Skin. Nothing is really explained. Things have an effect with no discernible cause. The intro movie has some great artwork and it’s obvious that the hero – a burly, brutish barbarian not entirely dissimilar to a certain Angry Dad of War – is waging a one-man assault on an army of demons. While attempting to defeat the leader, he is struck with a curse that alters his body to resemble the shambling husks he’s recently been popping the heads off. Now trapped inside this demon skin (ohhhh, right), with no memory, he pretty much picks up exactly where he was and carries on popping heads, but with a gnarly glowing patch on his chest.

There may be a story somewhere in here, but what’s represented in-game is little more than a drawn-out way of saying “Keep pushing right and hit attack when something is in the way.” Although to be completely fair, there are glimmers of brilliance in the combat. Smashing enemies to their knees before decapitating them is always satisfying, as is lopping off limbs, and the high/mid/low stance system is decent, even if it is – like the menus – needlessly awkward. 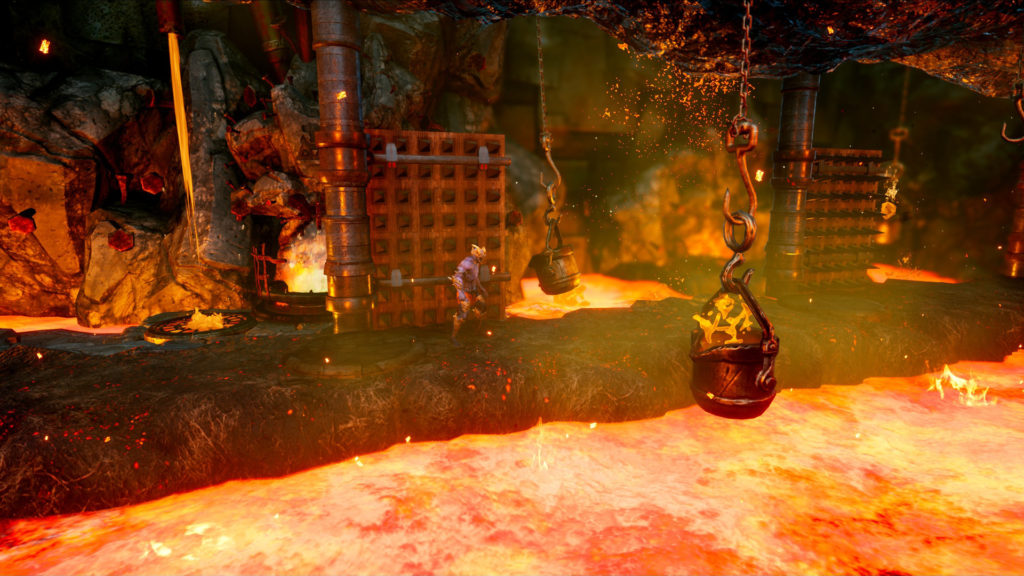 You change stance using the stick, but its so loose that you’ll constantly do it without meaning to. Also, unlike in more sophisticated games, the enemies have no real pattern. The AI is a bit all over the place, so it can be hard to know which stance to be in, and you’ve no time to change on the fly. Regardless, even if you could change on the fly, by the time the controls have responded to you the enemy will have already landed the blow.

So there’s a dodge evade instead, like Dead Cells, where you roll through an enemy, turn around and strike. But the enemies have only two reactions to this. Sometimes they’ll barely register it and you’ll smack at the back of their heads with a rusty blade like you’re swatting a fly off their scalp. Other times they’ll spin around before you’ve finished the animation, thus rendering it pointless and leaving you with low stamina.

Because Dark Souls, Demon Skin also has a stamina bar that makes little sense. If you can survive enemies hitting you in the mouth with rusty axes, you should be tough enough to dodge roll twice in a row and still swing a sword. I can see what the developers have attempted to do, and in some areas they’ve come close to succeeding. Combat is enjoyable enough for the most part – although the bosses are a bit of a slog. But a lot of Demon Skin feels like it exists here because it also exists in other games. You can carry potions, for example, despite only wearing a loin cloth. Oh, and also by eating scorpions, which is a bit weird and feels suspiciously like the devs just wanted someone to describe their game as “metal AF” at some point. 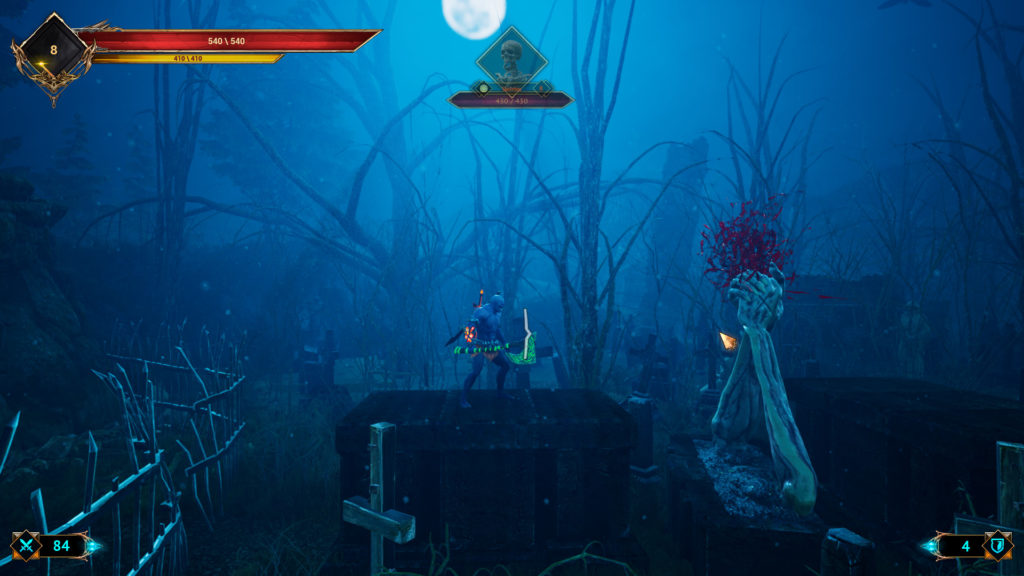 There are checkpoints like shrines, as well as a rudimentary skill tree that feels largely useless as you never, ever feel like you’re getting stronger. I suspect this is because the enemies scale with you, but it kind of hamstrings the sense of progression. Demon Skin’s saving grace is its aesthetic. It looks pretty impressive in places, with detailed environments and colourful effects. The world is very dark, so explosions of magic of power look very cool against the backdrop. The backgrounds themselves are well-drawn and manage to evoke the necessary atmosphere for all the monster-killing, which is probably all that’s important.

Demon Skin isn’t a bad game, but it is ropey and certainly needed more work where the animations and menus are concerned. And fans of older 2D action games might get more out of it.

Demon Skin isn’t a bad game, but it is ropey and certainly needed more work where the animations and menus are concerned.