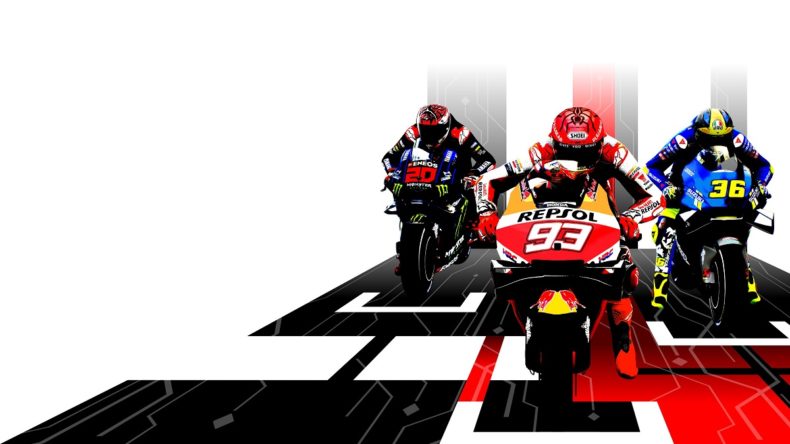 The kings of the moto racer are back with the next iteration of the MotoGP series. Having so many racers on the go, it might feel like they all start to blend into one. Thankfully, MotoGP 21 knows exactly what it is, and exactly who it is aimed at. Coming into it as a new player will be baffling. What’s more, if newbies have got limited knowledge of the official MotoGP or bike maintenance, there’s a high chance of getting left in the dust. To say it’s tricky to master is an understatement, but Milestone offer a lifeline from the get go. It features one of the better tutorials seen in modern motor racing titles. For saying Milestone are more or less the sole developer behind at least 90% of them, it seems odd other games don’t have the same opportunity for new players.

I previewed MotoGP 21 late last month, and the handling was instantly noticeable as being one of its better features. There is guidance every step of the way to know when to brake going into a corner, or when to accelerate coming out. There’s no denying the learning curve is steep. It will take time to become familiar with the handling, but when it clicks, there’s nothing like overtaking an opponent on a bend. Playing on PS5, the DualSense vibrations help to keep the bike on both wheels. Learning when to break away after a tight bend is accentuated by the varying degrees of resistance in the controller. This becomes a key component to coping with the pressures of every race and helps to stay grounded to the tarmac. 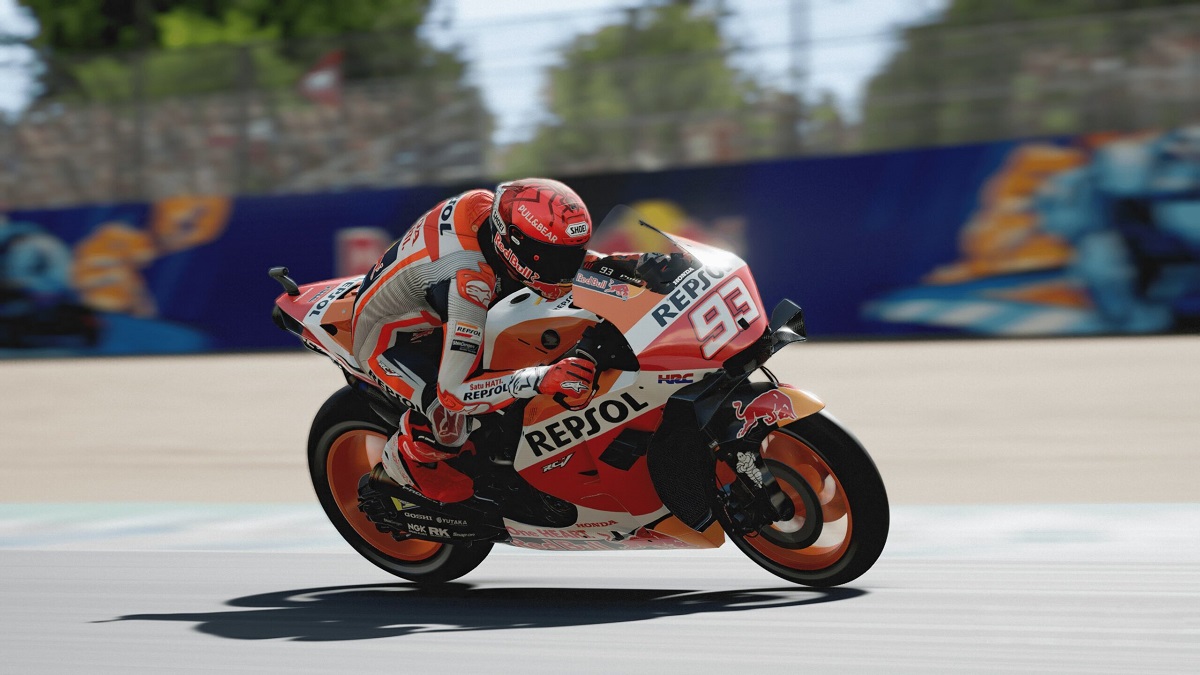 Making mistakes is unfortunately something that becomes all too familiar. The slightest miscalculation will send the bike of the track. This can result in time deductions and lap invalidations, as well as unnecessary crashes. The inclusion of the Long Lap Penalty adds to the frustration, forcing the bike to follow a designated route that’ll chip several seconds of the lap time. MotoGP 21 is aimed at hardcore fans of the sport. To the average player, this’ll only add to the accidental mistakes likely to be made. However, the addition only builds on the authenticity found in the real-life sport.

The Career mode is MotoGP 21 at its finest. The level of detail in race weekends is incredible, but so too is the time spent between events. After deciding whether to race in Moto3, Moto2, or MotoGP, the brunt of the decision making begins. Hiring a Personal Manager gets good offers from interested teams, in turn bringing bonuses  tied to each performance. Different PMs have varying degrees of success, having positives, negatives, and different goals. They have different skills in salary negotiations and acquiring interested teams, as well as monthly and annual salaries. Finding the right team is important. Depending on what’s important, each team has specific expectations, offering rewards for particular racing, qualifying, and championship goals. 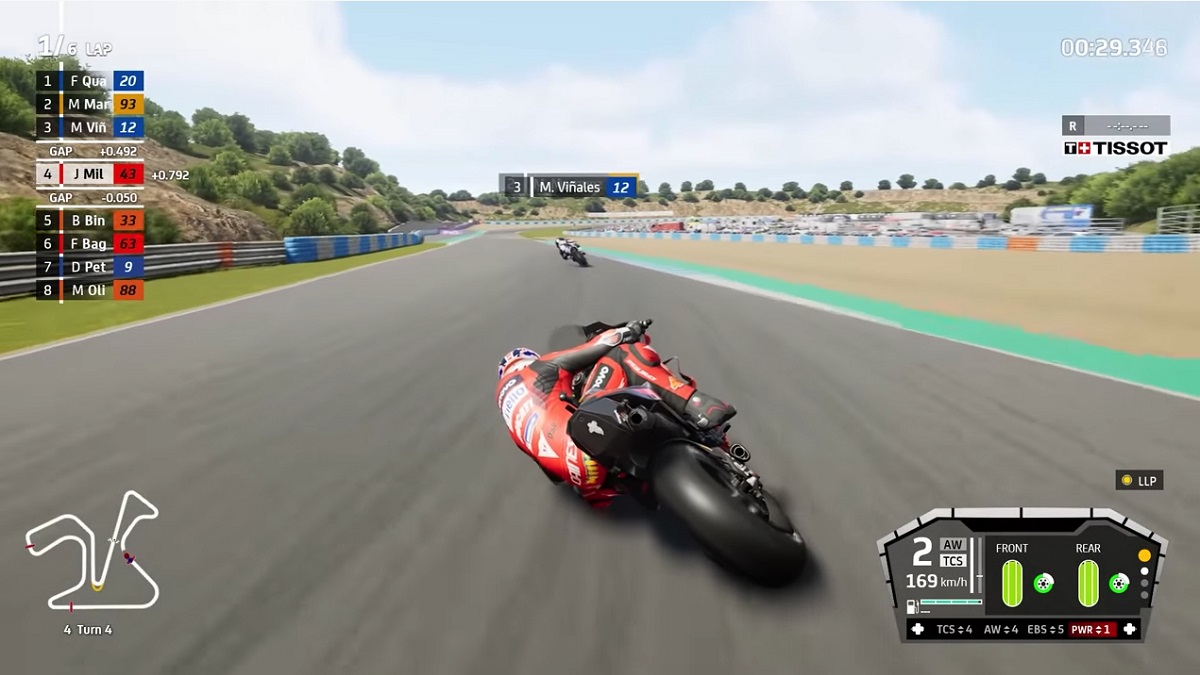 There’s also a requirement to manage the technical staff. This team will help to research new expansions for improving the bike, as well as making sure bikes are finely tuned before each race. There’s a lot to manage, and for fans who want to get stuck into this side of the Career, it’s a dream come true. As the season progresses, every area of the backroom team can be changed, new expansions can be researched, and more contracts become available. When it comes to the racing events, Milestone has made these long weekends as realistic as possible.

Ready for the weekend

Careers can follow the official MotoGP 21 calendar, or one that’s slightly different. Heading out to each location will provide a few test laps for players to study the tracks. There are qualifying laps to see where you start, followed by a warm-up lap a few hours before the official race. Throughout the weekend, bikes will take damage. Wheels may lose grip and fuel consumption will be high. The technical team is on hand to fix the bike. It can be a complex process if you don’t know what to do. Thankfully there’s guided track engineer to offer the right course of action. If the technical team spend too much time fixing the bike, a time penalty can be applied. Whilst it’s realistic, this feature is yet another off-putting factor for newcomers to get to grips with.

Another key aspect of the weekend is not to burn out. Deciding whether to keep racing or refuel becomes a vital part of each race. The HUD is clear and concise, but it also offers important information. If fuel does run out, the race ends. It will more than likely happen at some point, but thanks to the information also being on screen, the chances are greatly reduced. Full control on the track as well as in the pits resides with the player. Milestone has provided the tools and it’s up to the racer to make the most use out of them.

MotoGP 21: Stylish every step of the way

Everything about MotoGP oozes style. The menus are slick and easy to manage, especially in the career. The tracks are gorgeous. So much detail has been put into the environments surrounding them and the bikes and racers themselves. The pre-race cutscenes, your garage, and the HUD are all well-designed to offer an authentically stunning experience. There are no dips in quality. AI is perfectly balanced depending on the difficulty you select. The sounds bursting from multiple engines in a race is super realistic and exhilarating. 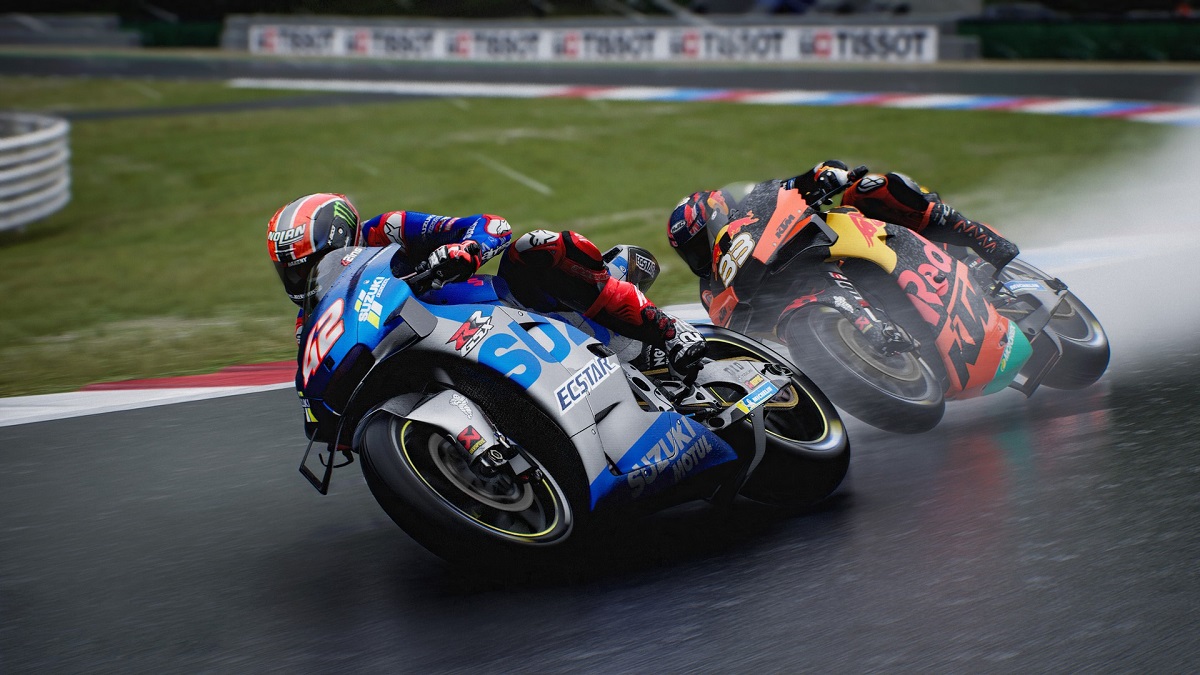 MotoGP 21 offers an authentic motor racing simulation. Veterans will appreciate the hard work gone in to making the career as deep as it can. However, newcomers will struggle with handling at first, and with all the penalties ready to damage your standing, as well as understanding the engineering side of a race, it can be a lot to get used to. It looks amazing, with gameplay that feels great. The levels of customisation when it comes to your bike, logos, and more help to bring you closer to the action.

Lots to learn
Newcomers will struggle with handling
Too many penalties

MotoGP 21 offers an authentic motor racing simulation, welcoming for veterans of the series, but often alien for newcomers. Handling is great, and the career is deep, with plenty to keep players racing through the season.