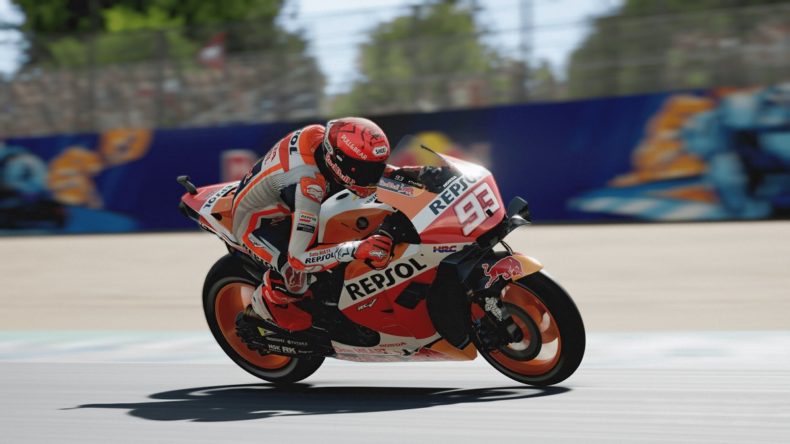 From the moment I dived into my first Grand Prix, it became clear that Milestone‘s latest offering in the MotoGP series is not for the faint at heart. Falling off your bike can be crushing, as can running out of fuel on the final lap, but for every failure comes a silver lining. MotoGP 21 can be a punishing experience for newcomers, and even veterans of the franchise will have more to contend with, however, there’s no denying that the thrill of the race is on full display.

I recently had time with a preview build of MotoGP 21, and whilst I only got to try out a handful of tracks through the Grand Prix and Time Trials mode, I found that the latest bike simulation from Milestone is filled with plenty of options to make sure your bike is more than equipped to deal with a plethora of racing conditions. Upon starting every practice lap, qualifier, or warm-up lap, I was able to tweak everything from the suspension to the tyre compound before heading to the starting line. 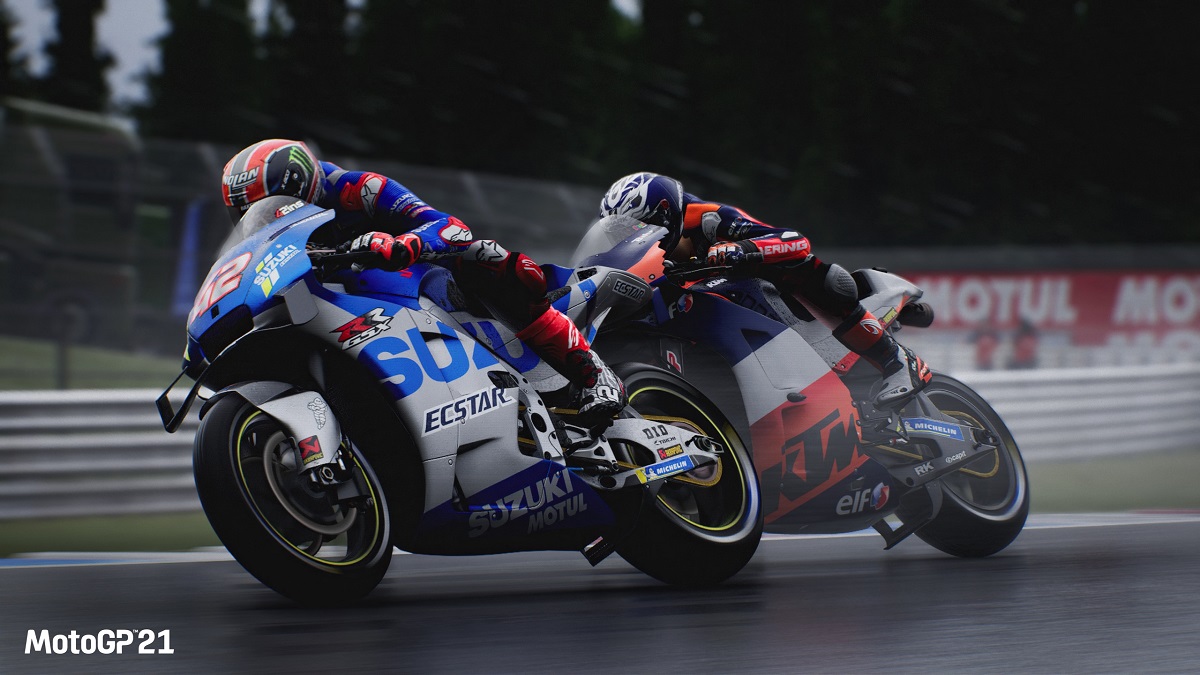 If you’ve no idea what any of the technical terms mean, you’re going to struggle knowing what to pick going into a race. Thankfully, there’s a guided track engineer on hand to assist you in your decisions. If you find that steering doesn’t suit your needs, or there’s an imbalance going into corners, the engineer will offer you suggestions on how to tweak it, rather than you going into every small option and doing it yourself. If you consider yourself to be a bit of a know-it-all, you’re free to do all this yourself.

Before doing anything, you can also change the Riding Aids so that racing isn’t quite the shit show it could be. Turning the brakes to auto, or selecting semi-automatic transmission will give you that much needed assistance when tazzing around a track. In terms of actual race options, you can tweak whether your bike takes damage, whether penalties for straying off the track are strict or tolerant, and whether or not you want to take part in a three-lap race or the full 27.

When it comes to the actual racing itself, MotoGP 21 handles beautifully. The on-track guidance is a much-needed tool to show you where to head into corners, and after a while you’ll learn the ins and outs of each of the tracks. If you’re taking part in a free practice, you’ll learn the lay of the land in terms of the sharpness of corners, where you can pick up speed in the straights, and what parts of the track are going to be dangerous if trying to overtake other racers. Racing against 21 other people is a much different affair, so having the different stages in a Grand Prix weekend becomes a vital part of the event. 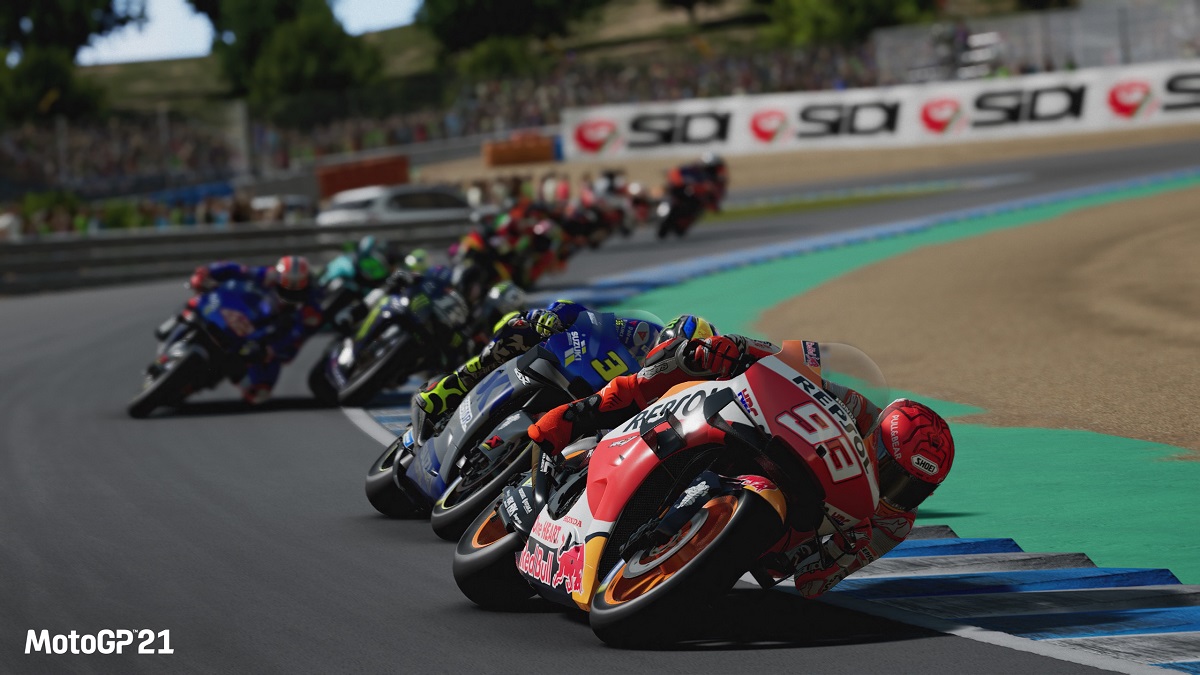 Most weekends consist of a handful of practice runs which allow you to become familiar with the track lay-out, and then you’ll take part in the qualifier to see what your starting position is. There’s one final warm-up before you take part in the official race, giving you plenty of time to adjust your bike’s settings. It’s an exciting and terrifying experience when you finally go toe-to-toe (or wheel-to-wheel) with the other competitors, and deciding whether to overtake or stay calm going into corners becomes an important process of each race.

Clipping the back of another bike can send you flying off the track, and collisions between AI-controlled racers happens fairly frequently. Races become a minefield of destruction and opportunity, and it’s up to you to manipulate every second of the race. Fuel consumption is a huge factor. If you accelerate on straights too much, you’ll be unable to finish the race when it runs out, leading to plenty of frustration. You can obviously visit the pit stop to refuel, but learning when to do so becomes a challenge in itself. 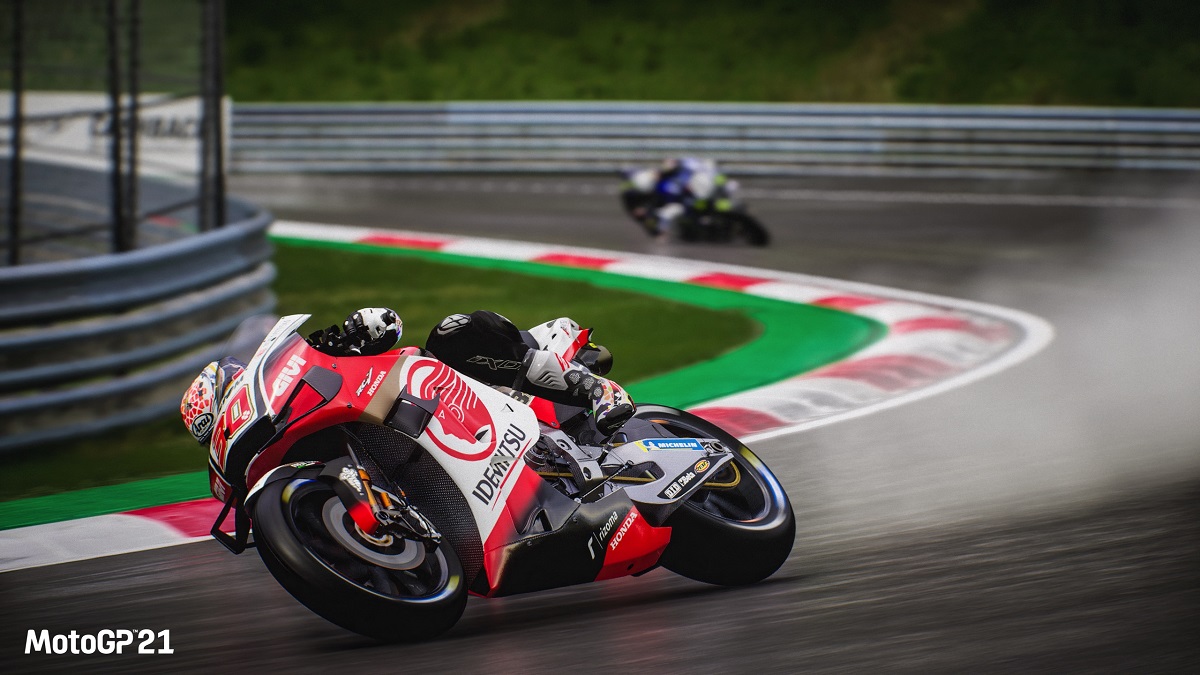 Taking damage also messes with your bike. Bumping into other bikes or losing control can do plenty of harm, which means you’ll have a lack of control heading into corners or maintaining a decent speed. The rewind function became a godsend as there didn’t seem to be a limit to the amount of times it can be used. There’s plenty in MotoGP that offers an olive branch to players, meaning that bad decisions and unfortunate mistakes aren’t the be-all and end-all.

MotoGP is a thrilling racer that offers plenty of guidance in both the preparation stages of the race and whilst you’re out on the track. It looks beautiful, and being in control of your bike feels weighty. There are plenty of challenges to deal with, and when you overcome each one to finish in a high position, there’s nothing quite like the proudness that comes with a victory. Taking all of these elements into the career is what I’ll be doing upon the game’s full release, and I’m genuinely excited to get stuck in.

Video games are cool. Don't let anybody tell you any different.
MORE LIKE THIS
Milestonemotogp 21Preview