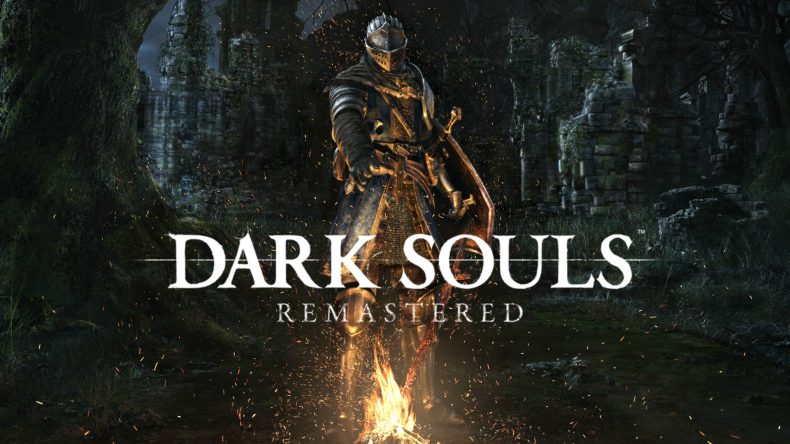 I’ll never forget the first time I went to Anor Londo, finally making it past THAT part with the archers, before settling down by the bonfire within the main building. I’d heard of this place, in particular the infamous boss, so I was already worried about what would await me within. Then a message popped up that filled me with dread: I was being invaded. “Shitshitshit!” I panicked, but luckily I noticed a summon sign within the bonfire room. When my would-be attacker rushed into the bonfire room to murder me without a second thought, they were too focused on me to notice my new friend just by the doorway. The poor invader didn’t stand a chance.

That kind of experience sums up the best of FromSoftware’s classic game, especially as there is no voice chat with these strangers, so you rely on the in-game gestures and the unspoken etiquette to get you through each player encounter. Even when you’re invaded, there’s that wonderful moment before the rolling and stabbing begins; both players bow, acknowledging the unwritten rule of respecting your opponent. You both know that invading is a bit of a dick move, but it’s still a part of the game and you accept it, enjoying the fight that ensues. Even if, in my case, they’re usually very one-sided. The wrong way. But you’ve already played Dark Souls, right? You’ve spent hundreds of hours going through the game again and again, trying new character builds and perhaps taking part in challenge runs, so why would you need to buy it again? Well, the brutally honest truth is that Dark Souls Remastered offers nothing new in terms of content, so there’s technically no reason for you to pick this up. Unless, like me, you never actually played the Artorias of the Abyss expansion; that’s a good 15+ hours of extra game for people like me, not including the many optional parts of the DLC.

You know what, though; despite this remaster not really doing too much to improve the visuals, it’s astonishing just how good it looks on PS4. Running at 1080p, it looks fantastic, largely because of the work done to the lighting effects. The textures have been improved somewhat, but the way light and shadow play off one another and interact with the environment and characters, is simply stunning. It genuinely doesn’t look like a game ported from the last generation. Of course, some of this is down to the incredible art direction in the first place, and the original game was no slouch in the visual department, but it was notorious for taking big performance hits as a result. I am happy to report that Dark Souls Remastered hits that magical, buttery smooth 60 frames-per-second framerate throughout almost every moment of the game. I only experienced a couple of minor knocks, as the framerate dipped in one very specific point of Firelink Shrine, the main hub and post-tutorial starting point of the game. This however, felt like more of a bug than anything else, so I couldn’t really hold it against the game. The other point came during a fairly intense part of a boss battle in the DLC, only briefly dropping away from 60fps before normal service resumed. But you’re reading this wondering, “what about Blighttown?” Yes, even Blighttown runs smooth as silk. Gone is the stuttering slideshow as you wade through the poisonous muck, you’ll be happy to hear.

Maybe you’ve never played Dark Souls before, possibly starting your FromSoftware journey with the recent PlayStation Plus freebie Bloodborne, and are now wanting to go back and see what all the fuss was about. In that regard, you may find that things aren’t quite as fluid as today’s games. Don’t get me wrong, the gameplay is extremely solid, with some of the most intuitive controls around; but the animations are much stiffer than those in more recent games like Dark Souls 3 and Bloodborne, and it’s very noticeable. Dodging is based entirely around “invincibility frames,” meaning that only precisely-timed rolls will result in the successful evasion of attacks. It’s quite easy to learn, but incredibly difficult to master. Where the first Dark Souls, and by extension this remaster, is actually easier, is in the parrying mechanic. With the right shield equipped, a quick tap of L2 at the right moment, will bat an enemy’s attack away and leave them open for a critical riposte, dealing huge damage. This mechanic became much more difficult in the following games, but if you can learn how to parry here, you can sail through the first few areas and even some of the later ones. This is actually my third time playing through the first Dark Souls, the other two being on Xbox 360, and I’ve yet to fully grasp the story of my Chosen Undead’s journey through the land of Lordran. The “Soulsborne” series (the combined entirety of the Demon’s/Dark Souls games and Bloodborne) have never told a straightforward tale, instead choosing to drip feed information to the player through things like item descriptions, rare snippets of dialogue and, perhaps most impressively, through environmental storytelling. You’ll meet interesting, usually oddball characters throughout your time in Lordran, each with their own story to follow, assuming you can work out how to progress each one. Sometimes they’ll show up in quite standard locations, or they’ll hint at where they’re going next, but other times they’ll appear somewhere you could never even guess, which can be a little frustrating. If I’m brutally honest, it often feels deliberately obtuse, which isn’t particularly good design. That said, these character stories are entirely optional and so if you really want to follow their paths, there are ways and means out there to do so. It won’t affect your route to the ending.

Now, I started this review by talking about an old co-op memory, so of course it’s only right that I wrap up the review by talking about the online features in Dark Souls Remastered. Being a perpetually online experience (though you can play it offline, should you wish), you’ll see messages left by other players to help or hinder your progress. Yes, you’ll see “try jumping” messages beside death drops, and those people know who they are. Hang your heads in shame. Most messages offer real advice that warn you of incoming ambushes, or point towards secrets, so do take note of them; just be wary of messages that are surrounded by blood stains. These are indicators of player deaths in the area, which you can activate to see their final moments. But you’re not interested in any of this, are you? You want to know how co-op works with the new password system, and how stable the servers are. Well, you impatient so-and-so, both work very well. If you agree on a password with a friend, you can both input that password so that when one of you puts down your summon sign for the other to see, there is no danger of other players stealing the summon. When you do play online, be it with friends or randoms, the experience is largely solid. You can now summon up to three players to aid you, but doing so increases the risk of invasion and means you can even be invaded by two players at once. Even with all these players on the screen, lag is rarely an issue due to Dark Souls Remastered’s move to dedicated servers.

Despite my issues with certain elements of the game’s design (one particular boss is still a broken mess), there can be no doubting the quality of the whole experience. Without Dark Souls, we wouldn’t have had the groundbreaking God of War on PS4; in fact, there would be an entire sub-genre missing from today’s games. With this re-release, Bandai Namco and FromSoftware may not have done anything new in terms of content, but they have upgraded the performance and presentation to the level they deserve. Dark Souls Remastered is the definitive version of a modern classic, proving that the original game is still as relevant as ever.

While nothing has actually changed in terms of content, the visual and performance upgrades are much more noticeable than expected. This makes Dark Souls Remastered the definitive edition of FromSoftware’s modern classic.