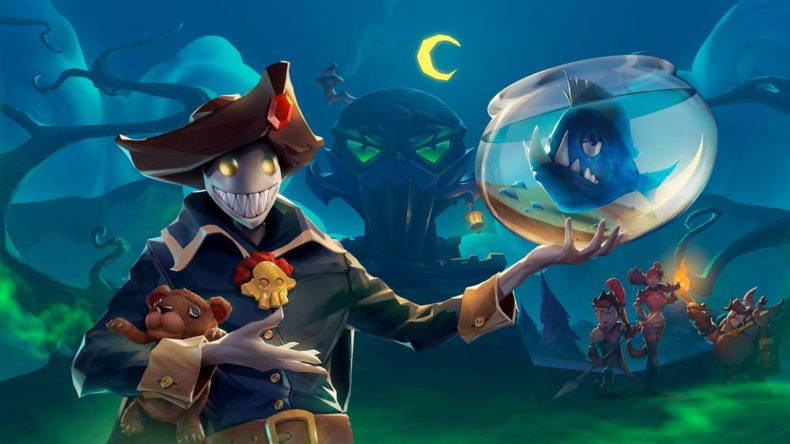 I was raised on point and click adventures. Beneath a Steel Sky, Simon the Sorcerer, The Secret of Monkey Island, Broken Sword. Those are the titles that stand out for me, that made me a fan of the genre and began my life-long passion with gaming. Final Fantasy VII might have been my gateway game, but those early adventures were responsible for some of my fondest memories.

It’s a genre I’m always hoping will see a real resurgence. I’d like to see what a AAA studio could do with the concept to make it new and fresh and different. Or maybe David Cage has already done that and no one cared.

Either way, my appreciation for the genre means games like Darkestville Castle will always get my attention. A classic point and click adventure game replete with mildly challenging puzzles and more than its fair share of humour, Epic Llama’s game is more than charming enough to make up for its lack of new ideas. 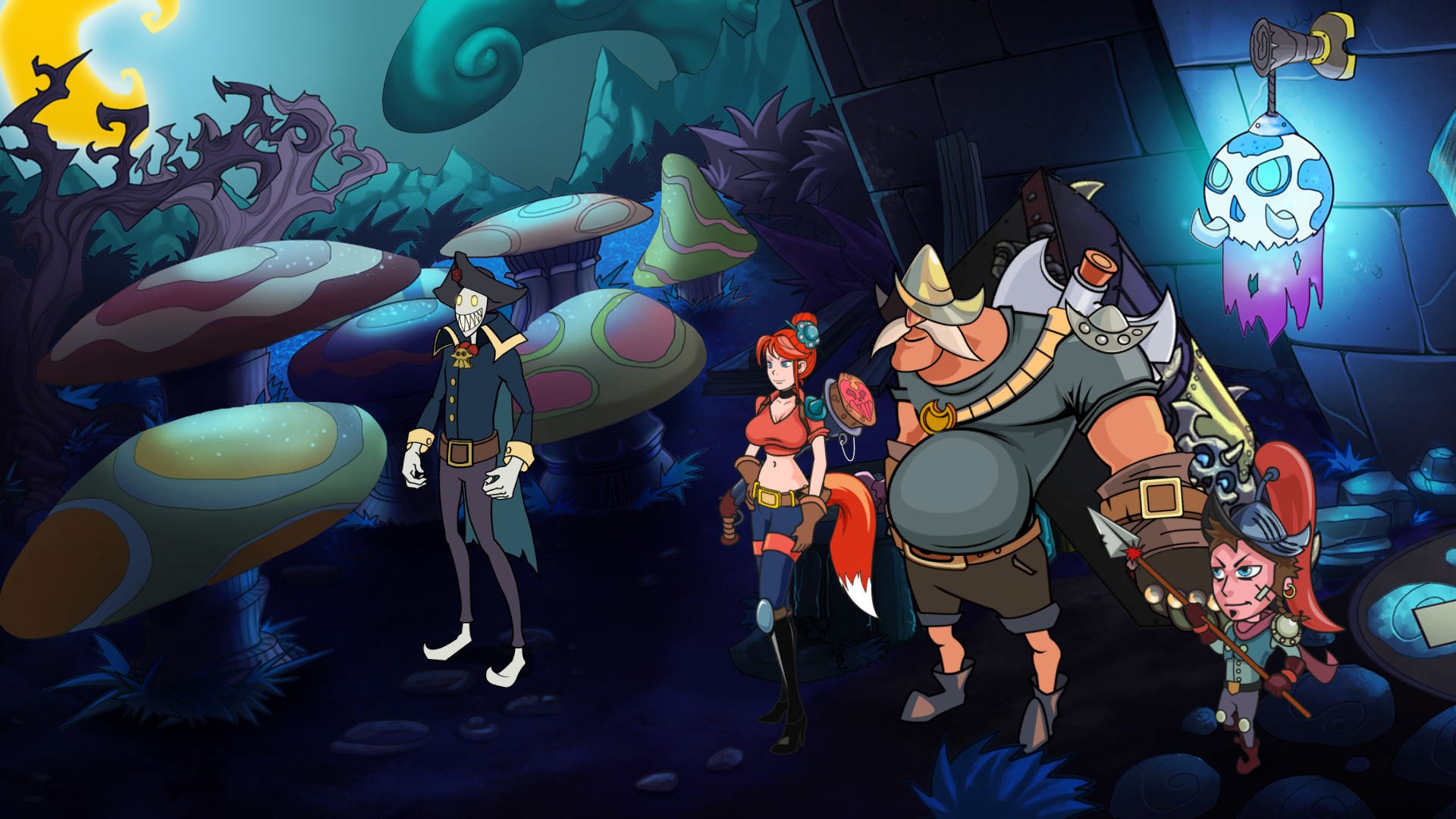 In it, you play Cid, a demon who lives in the castle overlooking the shadow-haunted town of Darkestville. While he proclaims to be “ee-vill”, Cid is really nothing more than a prankster, forever playing tricks on the people of the town for his own amusement. In fact, most of the townsfolk know him well enough to roll their eyes at his antics and threaten him with a thick ear. But one particular citizen is done with Cid’s nonsense: Dan Teapot, the protagonist’s self-proclaimed nemesis, has trapped Cid in his castle and hired a trio of demon hunters called the Romero Brothers (despite one of them being a woman) to lock him in their magical demon chest.

Due to an unexpected chain of events, Cid’s huge, menacing pet fish, Domingo, is accidentally taken by the Romero’s, while they believe Cid to be their financier, the erstwhile Mr. Teapot. What results is a quest to free Domingo and, later, save the town of Darkestville from a real demonic invasion.

Having already been available on PC for a while, this version of Darkestville Castle has been optimised for the Nintendo Switch. It’s almost entirely playable using touch controls, making it an ideal lazy-sunday game to chill with while you attempt to solve its many puzzles and conundrums. Very few of the puzzles will tax you for long, as if you get stuck it’s often a case of highlighting everything on screen, and then using everything in your inventory with everything you’ve highlighted until either something works or Cid gives you a clue. 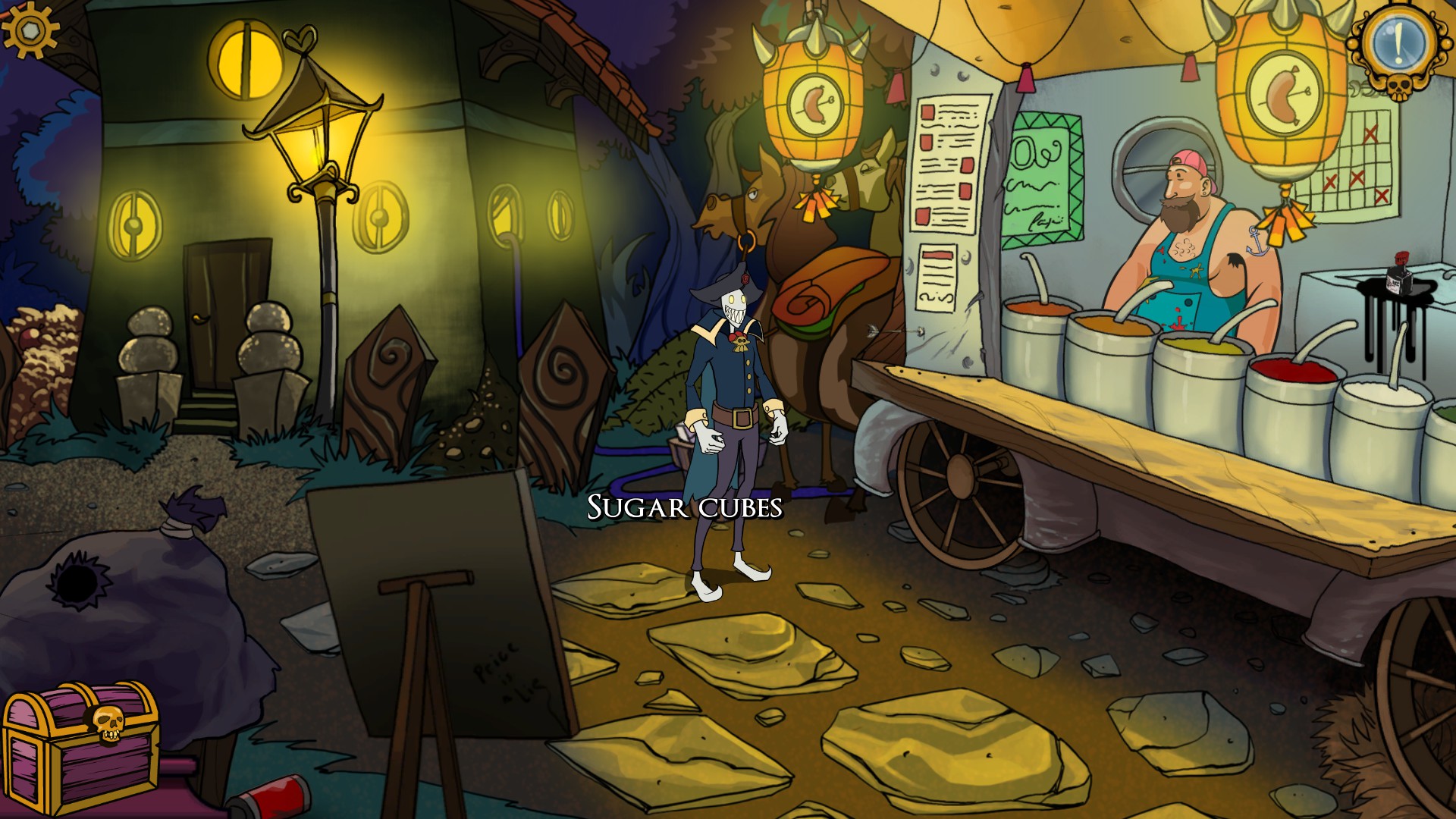 What elevates it is the charming narrative and the charisma of Cid himself. Full of the classic dry wit often exhibited by point and click protagonist (seriously, they’re almost always cleverer than you and are happy to remind you every opportunity), his personality is just about enough to keep the story moving forward. It never gets all that emotional, but his unwillingness to simply leave the town to its fate is oddly sweet.

The cast of characters is also fairly eccentric, from the Romero and Dan Teapot to the various townsfolk who all seem to treat Cid like a mischievous child who just needs to get it out of his system. The town is nicely drawn, the environments not overly detailed but nice enough. You’ll retread a lot of the same areas throughout the chapters, though, which can become a little tiresome – especially when you’re stuck.

While Darkestville Castle may not ultimately signify the rebirth point and click any more than the recent Beyond A Steel Sky did, it’s still an enjoyable adventure, and the Switch optimisation makes it an even more laidback experience than it is on PC.

Great protagonist
Switch optimisation is a plus
Funny in places

While Darkestville Castle may not ultimately signify the rebirth of point and click,it’s still an enjoyable adventure, and the Switch optimisation makes it an even more enjopyable experience.