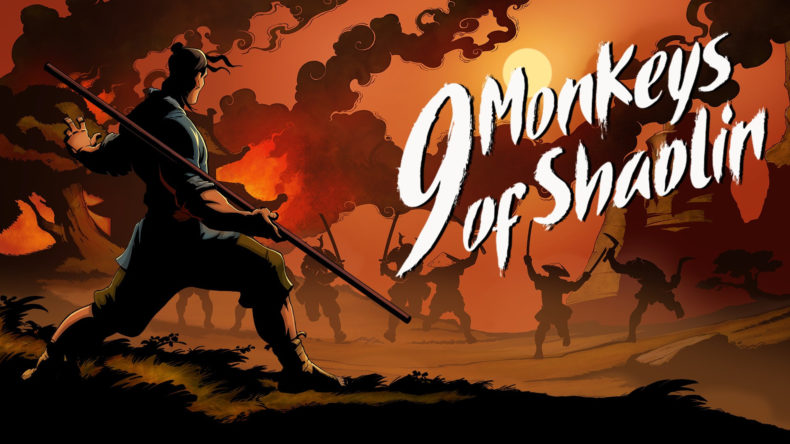 9 Monkeys of Shaolin is a game I can imagine making quite a few people happy. Its a semi old school style beat ‘em up based around ‘70s kung fu movies. This is instantly appealing but that feeling is fleeting as its blocky awkward visuals and samey gameplay lull you into a place where you no longer care to see its contrived story continue on.

You take the helm of Wei Cheng, a simple fisherman. It greets you with a few pictures illustrating the surrounding lands. The kingdom holds thinkers and artists and is imbued with great beauty, prosperous and fortunate. The temple of South Shaolin popped up here hundreds of years ago and its inhabitants mastered ancient techniques and training. Monks defended it from bandits and even more sinister enemies looking for the secrets it might hold. That was until the Wokou, fearless pirates, found their ways to the southern shores. The monks opted to help the government and lost a great deal of their population in the fight. 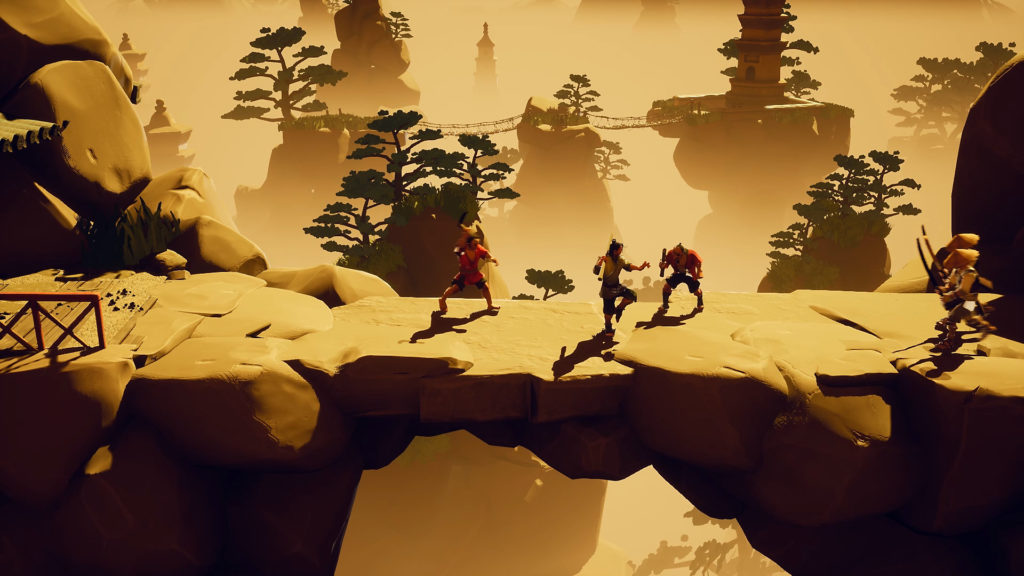 With this short exposition out of the way, you gain control of Wei Cheng, fighting invaders on a beach. The first thing you will likely notice before fully checking out the controls in front of you is the visuals. For the majority of the time, they just don’t look very nice. The graphics are blocky and animation is lacklustre making it feel like an indie title from 2010. It can become quite easy to get trapped on little bits of the environment or lose your character in some of the later levels. There’s a general lack of clarity to the game giving it all a certain motion blur. This is a shame as the stills and pictures it uses for the story are quite well made. The majority of storytelling has drawn stills close to the style of guohua. There is a rather jarring tone and visual switch between the serious style of the story and the downright cartoony visuals.

Perhaps the second thing you’ll notice about 9 Monkeys of Shaolin is its music. It doesn’t use the familiar sounds of the pipa, instead opting for a very percussion-driven soundtrack with the dizi and guzheng adding a certain ominous atmosphere to fights. The percussion drives the tension where the rest add a certain archaic feel. Its roots in kung fu movies are made clear here. The soundtrack is nothing special and a little basic but rather fitting for jumping around and throwing fists everyone’s way.

Speaking of fists and the throwing of them, 9 Monkeys of Shaolin has some reasonably solid beat ‘em up chops, both proverbially and literally. It starts simple with a light and heavy attack but mixes this up with parries and dodges. You can see a small glint on enemies that show they can be parried and if they shoot from a distance, you will knock their attack right back at them. This is quite a good system as it rewards actively not engaging with ranged units and letting them fire off their attack for a nice instant kill counterattack. 9 Monkeys of Shaolin basing itself on old school beat-’em-ups might be slightly limiting to the overall experience as, although combat works fine, it’s not quite as smooth as anything else on the market. It has rigid combos and some strange hit detection, making every encounter satisfying but a little underwhelming. Even the hardest bosses are made a little easier to compensate. 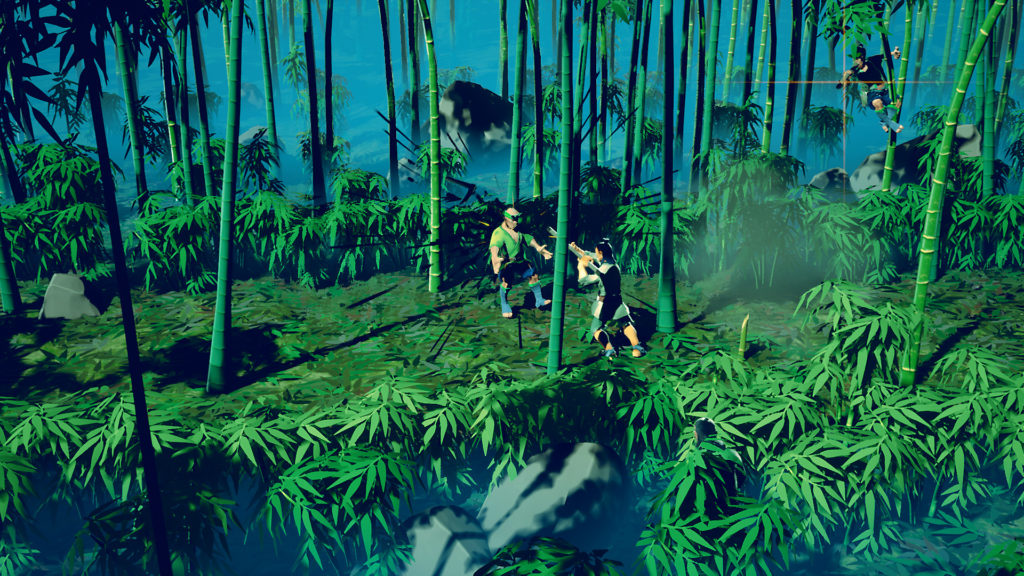 After being thoroughly pummeled at the end of the first mission, you are saved by the monks and brought to their temple. The temple offers some upgrade paths, a mission select, customizable loadout and access to online play. After each mission, you are awarded points that can be spent on your moves and fighting type. Going into chapter 2, your moves are expanded to hold an alternate fighting stance and moves that are heavier but a little slower. In exchange for a longer windup, you can entirely knock over certain enemy types. This was a good move allowing a longer form of progression than one might expect but not all moves are equal and it becomes very easy to fit into a move formula rather than experiment. Food is also plentiful in combat giving you lots of access to healing items throughout fights. Most of the levels won’t pose much of a challenge and bosses are made significantly easier by the plentiful food.

Unfortunately, 9 Monkeys of Shaolin fits too rigidly into a formula itself to provide much else other than its gameplay. Its story is minimalist and fits a multitude of cliches, its gameplay is satisfying but limited, and the general atmosphere is brought down by mediocre visuals and formulaic music. Whilst it could certainly entertain a beat ‘em up fan, starting from a place of homage has left it cowering in the shadows of the kung fu movies it seeks to emulate.

9 Monkeys of Shaolin's story is minimalist and fits a multitude of cliches, its gameplay is satisfying but limited, and the general atmosphere is brought down by mediocre visuals and formulaic music