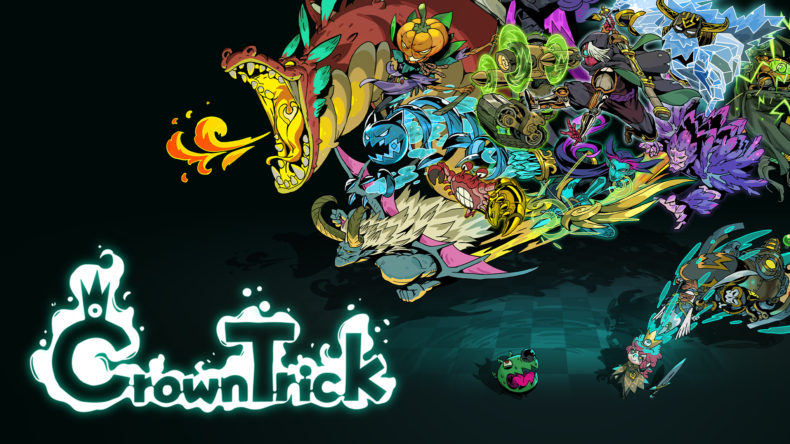 Team17 have been oddly consistent in the rogue-like genre as of late. From the wacky Down Under to the simple but effective Neon Abyss, this publisher has solidified themselves as a team that knows what they are looking for. Crown Trick attempts to offer something a little bit unique but will Team17’s royalty fail or can this be their crown jewel?

What might hit you first upon booting up Crown Trick is its excellent pixel art aesthetic. There’s a wonderful little opening cinematic with fluid animation, a cute cast and a rather intriguing story, which introduces protagonist Elle and her magic shapeshifting crown, trapped in a dungeon and faced with a snarly little monster reminiscent of the pigs from Angry Birds. This great little animation sets up the rogue-like mechanic well. After each death, you are whisked up and brought back home to your throne. This is the “crown trick.”

Like all rogue-likes, there is a cyclical nature to Crown Trick. Before meeting the omniscient talking crown, Elle is informed she is inextricably walking the plane between dream and reality. What type of dream Crown Trick might be is dependant on your knowledge, skill and, most importantly, patience. You will die and rise again a lot throughout your time in Crown Trick and that’s just part of how it works. After making a pact with the crown to continue exploring your dreams, you may take on your first run. 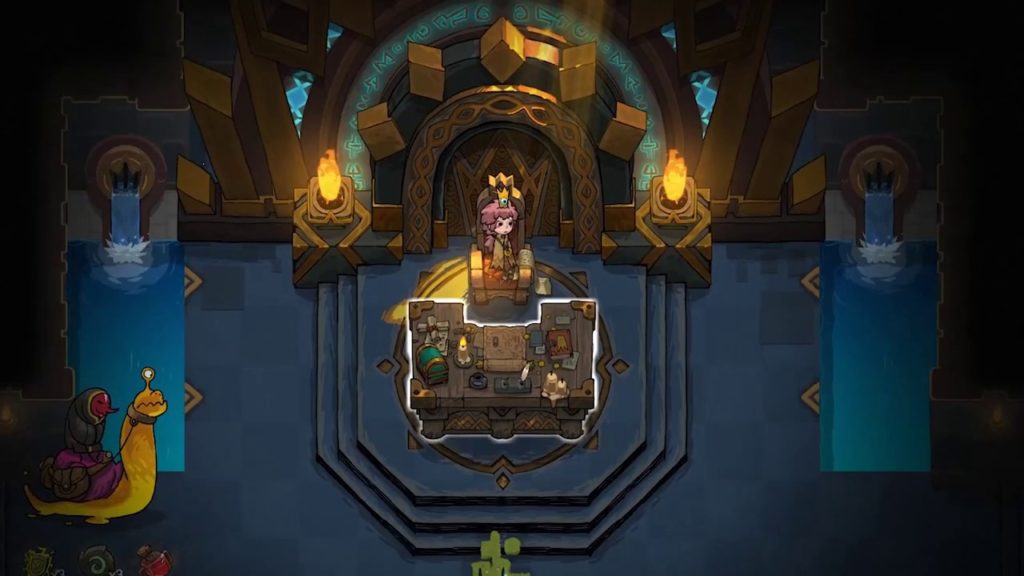 Crown Trick’s gameplay is not that of a traditional rogue-like. It actually feels a little closer to a tactical RPG like Fire Emblem crossed with Crypt of the Necrodancer. This comparison may seem a little strange initially but it’ll make sense as you get more familiar. All rooms fit into a system of tiles. Moving up, down, left or right moves you by the same amount each time to give a layer of tacticality to each encounter. Moves also have a certain rhythm. As you move, so too do your enemies. This means you can make predictions based on your knowledge of enemies, their attack types and the way they move. Weapons like spears can hit two blocks ahead of you where guns will hit four. Guns need reloading every now and then taking up a precious turn. Every weapon and choice has an adequate opportunity cost really making you agonise over your decisions. This means there is a lot of room to learn, perfect and practice.

As well as the innate sense of progression Crown Trick’s gameplay instils, there are multiple progression systems in-game that can upgrade things like your potions, inventory and choices through NPCs. As you explore each run, you will start to recruit people back to the “Hall of Reincarnation”, the place you respawn. You can spend Soul Shards picked up from enemies through various characters, all of which favours a certain part of your run. One might focus on your currency where another wants to stock you up on potions. They get very expensive, making progression slow quite early in the game. As well as long term progression, items like gold and keys help you from run to run. Gold can be spent in shops or used for gambling in order to get new weapons or perks. Collectable keys can be used to open locked areas or rooms.

Your moment to moment gameplay will be spent analysing rooms, watching your items and figuring out what works best for your current build, so to speak. Defeating each boss gives you the option of adding their special moves to your arsenal in future runs. These bosses include a mischievous scarecrow, a wind focused chicken and a variety of others. You can pick two to learn from each run giving you a total of four extra moves. Using them requires Mana and ends your current turn. They play around with environmental effects in cool ways. The dragon can spawn an exploding barrel that can be blown up. You can place this on a vent or pad to fire it across a room and into the face of an unsuspecting victim. There is a certain satisfaction to planning out every precise move without failure but sometimes that failure is what makes Crown Trick so fun. Spawning that barrel only to have it blasted right back at you adds a certain cheekiness to the game that is only accentuated by its freaky fever dream character design. Being followed around by anthropomorphic mops or fighting chickens adds a flair of fun that might have been lost without it. 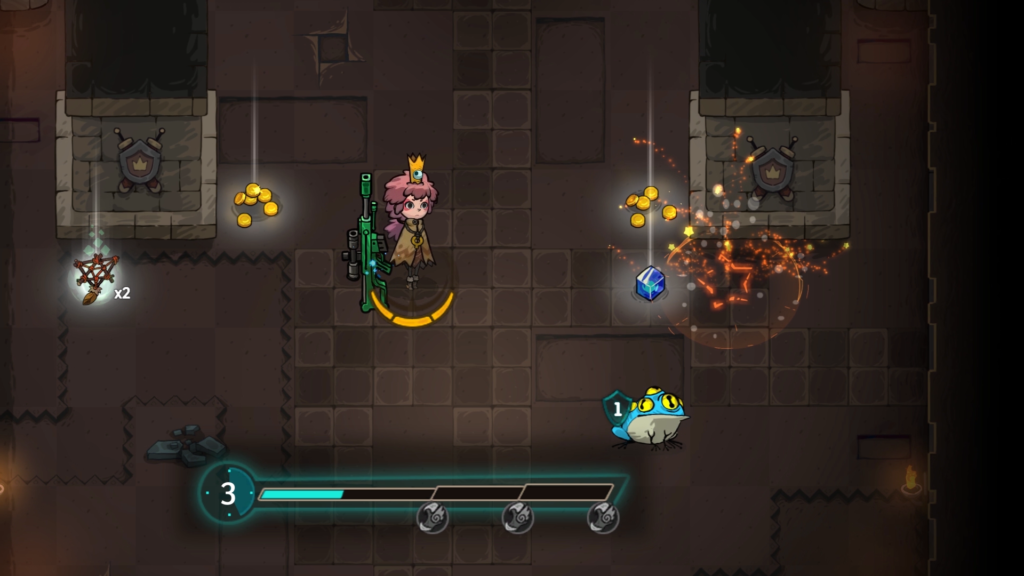 Despite all it has going for it, Crown Trick is not a flawless game. It is rather slow due to its difficulty and limited progression. The floor design is also a little lacklustre making runs often feel very samey. It doesn’t have structured builds as strong as similar rogue-likes which kills just a bit more of its replayability. The majority of your runs will feel like fighting the same boss fight rather than playing a new character. Luckily, its theming and atmosphere add a great deal to keep you moving. The music goes from a chilling waltz in the Hall of Reincarnation to electronic ambient music in each floor. This and the creepy yet pretty visuals come together to make this strange trippy dreamlike quality to the entirety of Crown Trick, intentionally so. Even the boss fights have very light ominous music.

It seems that Crown Trick has a vision for itself above all else. At points, it chooses the harder path rather than the one that might work better. Sticking to relevant items, themes and gameplay decisions might limit it somewhat but it also makes the overall package much more appealing. Whilst not perfect, Crown Trick has managed to give a unique rogue-like experience to a genre oversaturated with copy-paste ideas.

While not perfect, Crown Trick has managed to give a unique rogue-like experience to a genre oversaturated with copy-paste ideas.