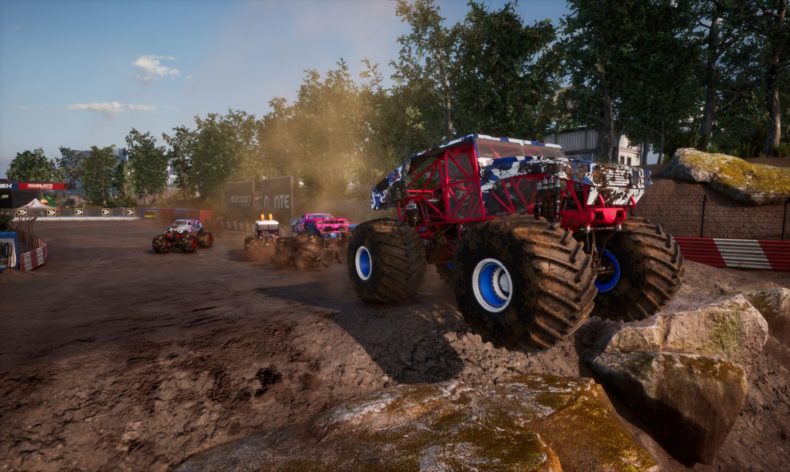 When Monster Truck Championship launched in October last year, I found it to be a decent attempt at recreating the thrills of monster truck racing. The controls were sensitive, but after enough practice these deceptively fragile trucks have hidden depths in how they’re driven. It lacked any real personality, opting to focus on the thrill of the race as opposed to any frills or story. This isn’t such a bad thing, but the Career mode felt a little empty, and I never felt particularly driven to try and move up the rankings.

One of the main issues holding it back was the bland textures within the arenas, and the lack of pizzazz in the truck designs. Now that Monster Truck Championship has the glitz and glamour of the next generation to parade its big wheels on, there’s a definite improvement to how it looks. The first race I took part in helped to show off what Teyon has done with the new technology. The trucks look much better now, with more definition in their design, and the lighting on their body helps to show off just how good they look. Even the tracks themselves look better. The detail in the tyre barricades and the surrounding environments have received plenty of polish to bring out the fine work the developers have put in. 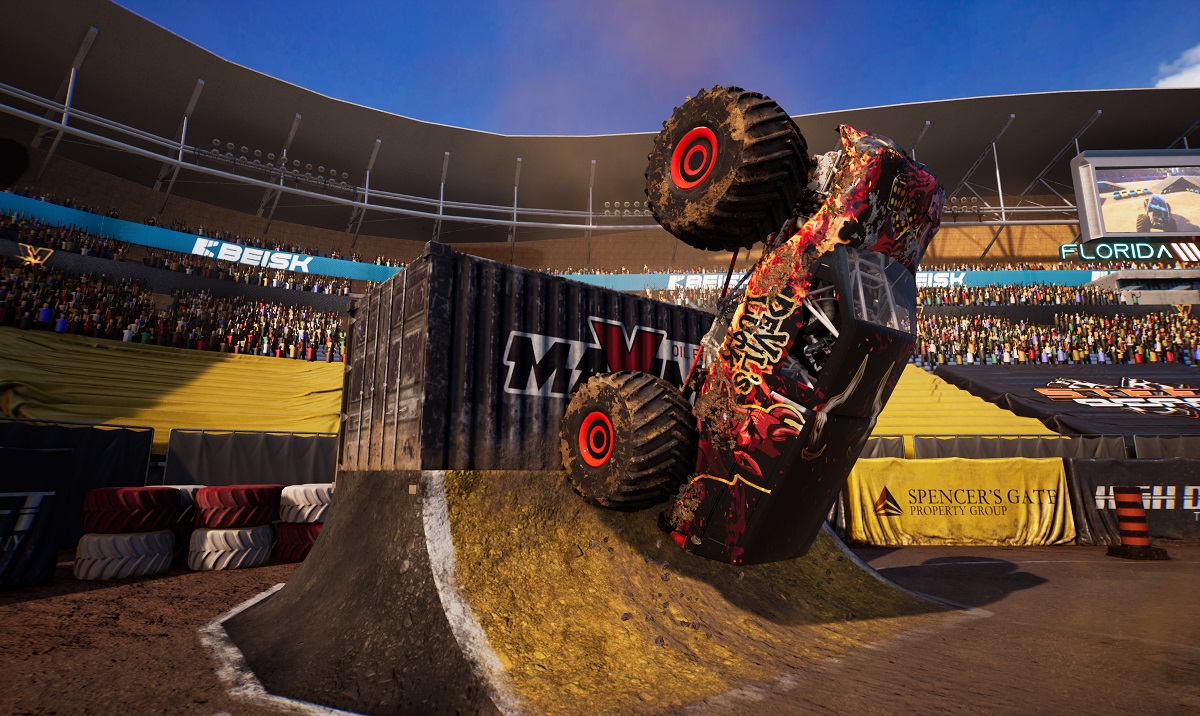 It still doesn’t quite pop as much as other next-gen racers, but that’s more down to the variety in the courses overall. There’s no denying that the 4K resolution makes everything look shinier and more defined, though. Watching the trucks play out in a much smoother framerate has also brought to life the excitement of monster truck racing. You feel a much greater sense of control when racing, and the nuances in turning and braking are clearer than ever.

It’s exactly the same game as was released in October, but Monster Truck Championship feels like a fresh game. It helps that it looks a lot better, and thanks to the visual improvements, I had more fun in the actual events. Whether that’s enough to tempt you into playing is another story, because the bare bones approach to its Career does little outside the other racers available. What does do it a favour, is the lack of monster truck titles on the market, and if I was forced to pick a favourite then this one would definitely be it.

There’s little else to say about Monster Truck Championship that hasn’t been said before. In terms of content, there’re plenty of circuits, tons of customisation, and five event types to try your hand at. The steering is still a fine art to master, but you’re given plenty of help thanks to the tutorials to make sure you fully understand how to tame the steel beasts. If you fancy trying your hand behind the wheel of a monster truck, then this is the one to go for, and with improved visuals and performance, there’s no better option out there.

There's little else to say about Monster Truck Championship since October, but the visuals and performance have definitely been improved.