previous
Ary and the Secret of Seasons review
random
next
Kingdoms of Amalur: Re-Reckoning review
0 likes 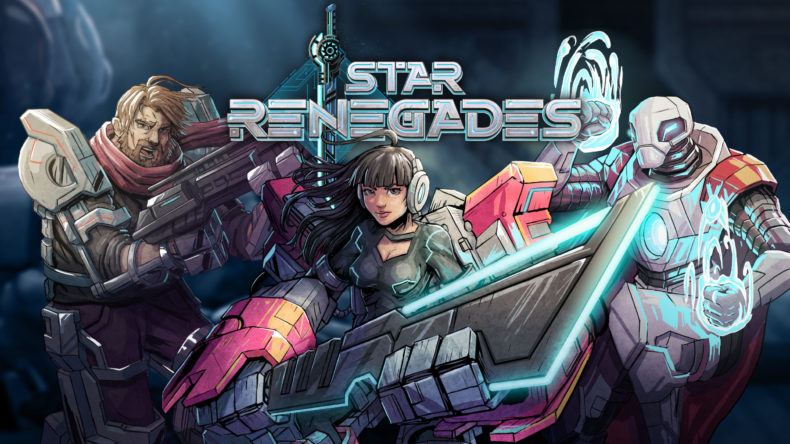 I have to admit right away that Star Renegades is not what I was expecting after playing the demo a while back. I got to grips with the combat and the companion system, even the short intro to the story, but I had no idea that Massive Damage had developed a rogue-lite. The Suikoden overtones and narrative structure of the opening hour led me to believe it was narrative-driven, and now I’ve seen the full picture I’m not a hundred percent sure I’m as excited as I was.

I should clarify that I’m not saying this is necessarily a bad thing and I’m certainly not going to pick too much at a game for not being what I personally expected, but there’s something about the storytelling and characters in Star Renegades that feels strongly at odds with the repetitive rogue-lite structure. It’s a game about building relationships with the 40-odd characters you can unlock, a game about forging strong bonds to take on an evil, dimension-hopping empire, but all those relationships and friendships reset to zero if you lose a fight.

This, unfortunately, utterly undermines the purpose of forming those friendships, reducing them from something that could have genuine meaning to just another way to increase your stats before a tough fight that could reset an hour or so of progress if you make a mistake. As rogue-lites go, Star Renegades is particularly harsh, too, stripping back almost all of your progress including party size, relationships, levels, upgrades, gear, and even defeated bosses. 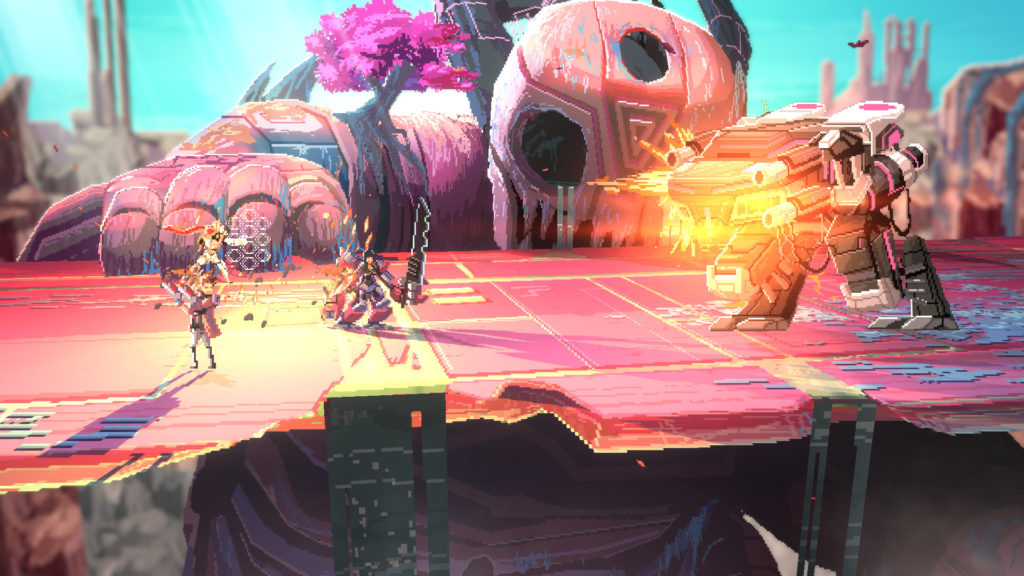 It’s the story of Wynn Syphex, a pilot who gets shot down and loses her brother during the invasion of a powerful, warlike empire. To get her revenge and save her people, Wynn joins the Renegades, a mercenary outfit led by Professor Zurek, a scientist who has perfected the art of jumping to parallel timelines. Every time Wynn and the Renegades fail, Zurek sends her droid J5T-1N across dimensions to try and defeat the enemy there. As a set up it’s ok, but again, the fact that it’s a droid with no personality or even dialogue that crosses dimensions each time removes the stakes – your protagonist Wynn isn’t really the protagonist, she’s just a random character who dies as often as everyone else.

Combat is tough, but by far Star Renagade’s greatest achievement. It’s turn-based with a “Reactive Time Battle System”, which places each of your party members and enemies on an initiative bar that determines the order of attack by their combat speed and the type of attack you’ve queued. The right combination of attacks can stagger the enemy, causing a Break, which removes them from the turn roster. Each character has a certain level of health, shields, and armour, and, while some attacks can bypass the latter two, you’ll usually need to weaken the defences before you can damage a target’s health. Managing this while also maintaining your own party’s health and shields, and outsmarting the enemy by landing crits and breaking their attack is key to winning fights, and it’s a lot to get used to. 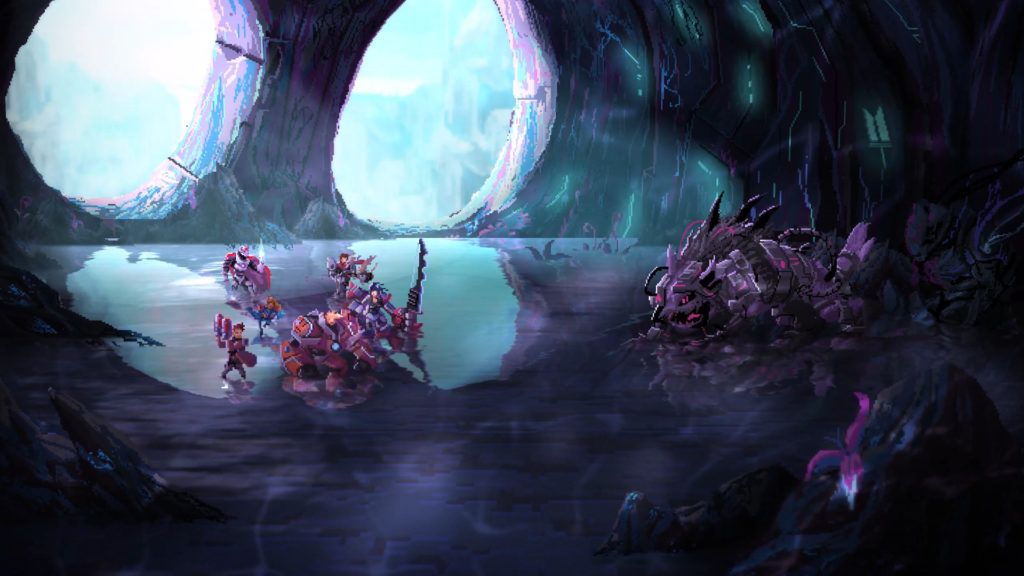 For a start, there are no health or shield refills in battle without unlocking and fielding certain characters, who are of course usually the characters who do low damage attacks, at least until you’ve upgraded them a fair amount. Characters top out their skills at level 9, which means you’ll get there at roughly the time you reach the last area – if you can get there. Each planet gives you three days until the arrival of an Imperial Behemoth, and each day you can use J5T-1N to breach three barriers into new areas. Each area can contain enemies, gear chests, DNA (XP), money, or secrets such as lore nodes or mini-dungeons that take the form of cruisers to infiltrate or caves to explore. At the end of each day, you make Camp, where you’ll use special character cards to bestow buffs on each of your Renegades and thus strengthen their bonds.

As you level up their friendships you can activate combo skills that use up Fury, the same shared resource that allows the use of powerful buffs or attacks, which slowly builds up as you deal damage to the enemy. If you can reach the highest tier of friendship before the end of a run, your survivors may even create “progeny”, unlocking new characters for future runs. Making it through a run is incredibly hard though. I don’t shy away from a challenge but at times I’ve had to walk away from Star Renegades, as sometimes the difficulty just seems deliberately skewed in the AI’s favour, and repeating the same few areas and enemies over and over, even with new characters, can be very frustrating and tedious. 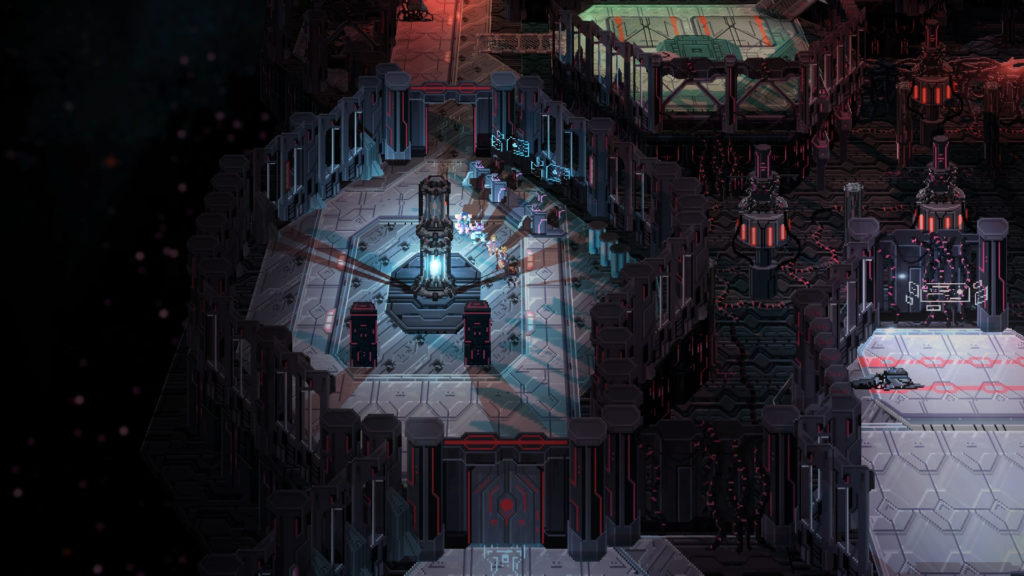 The bosses, known as Behemoths, are a mammoth challenge in Star Renegades, with multiple damage over time attacks, the ability to queue skills, and often attack at the start of a round outside of the usual rotations. They can trigger counter-attacks, stuns, and are often immune to certain damage types. Reaching one with full health and armour is no guarantee of success, and a single mistake can cost you the entire run. You can gain Intel levels per character which allow you to start with a slight increase to certain stats, but it’s not enough to make a massive difference.

Between runs, you’ll retain Imperium Tech points and Intel points, which are used to unlock gear that will filter into random loot chests or new characters. At the start of each run, you can only take three characters (and you don’t have to take Wynn), with an additional slot filled after each Behemoth. But all these extra characters, levels, skills, and weapons reset when you die, and the uphill struggle begins again. A Nemesis system sees the enemy that beat you promoted, while the ones you’ve killed seem to just cycle back in for some reason. The enemy hierarchy doesn’t feel that fleshed out and doesn’t offer the same kind of emergent call-backs as something like Shadow of Mordor, for example. 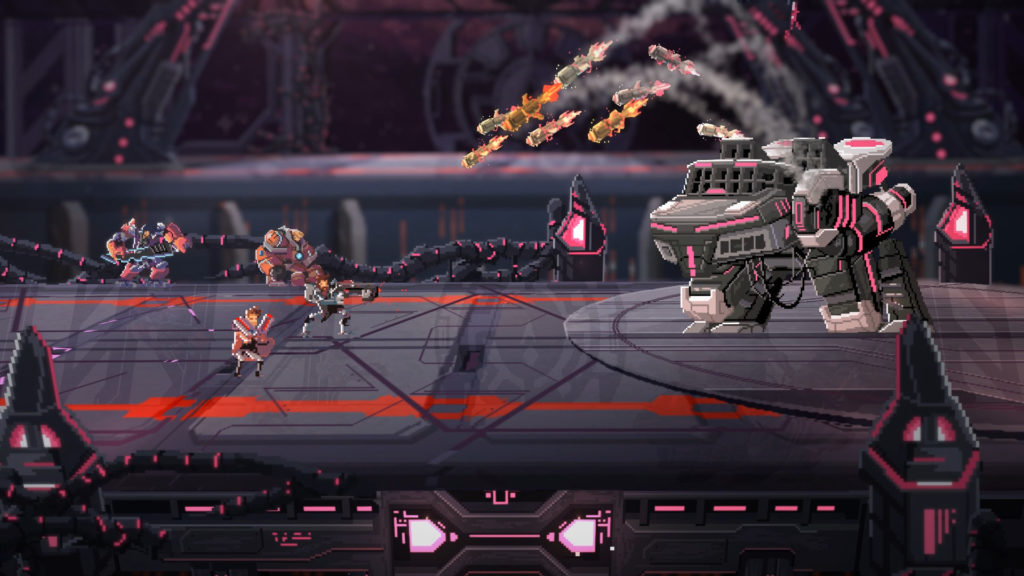 My big problem with Star Renegades is that you carry so little of use forward. The sense of progression is almost stingy, and making it through the final fight takes a Herculean effort. You may well reach a point where you’ve unlocked just the right combination of randomised gear that you have a solid party, and then a loss takes it all away. It’s analogous to something like Dead Cells, but it can feel somehow unfair in Star Renegades.

This is partly, I think, because there’s an element of traditional JRPGs in this. The number of characters and their intertwined destinies puts me in mind of Suikoden, while the Camaraderie system is done a disservice when you have to rebuild each friendship over and over again with the same superficial lines tied to whichever card you choose to use at a camp. Likewise, Wynn’s personal narrative is heavily diminished when you consider that the Wynn seeking vengeance for her brother (a part you play in the tutorial) probably died ten minutes in when you made your first mistake. It might be a small thing to many, but to me, it smacks of a game that was envisioned as a singular, generation-spanning narrative and became a rogue-lite after the fact.

If I sound overly negative it’s because I can’t shake the feeling that I was kept out of truly enjoying Star Renegades because of the steep difficulty and hamstrung progression. Each time I reached a new area, it was on the back of ten failed attempts, and would be immediately followed by another failure and a restart. Then even reaching the new area again would be uphill because experimenting with new characters and party composition invariably meant I’d hit a wall and have to start again.

Maybe some of it is down to me. A percentage of it will be I’m sure, but despite Star Renegades being a beautiful game – and it really is; the pixel art on display here is some of the best I’ve seen – your mileage will vary depending on your patience for rogue-lites in general. It has some great ideas, the characters are solid, likeable and believable, and the world is intriguing, but it’s just a little too punishing and unforgiving to get my full recommendation.

Star Renegades has some great ideas; the characters are solid, likeable and believable, and the world is intriguing, but it may be too punishing for some.