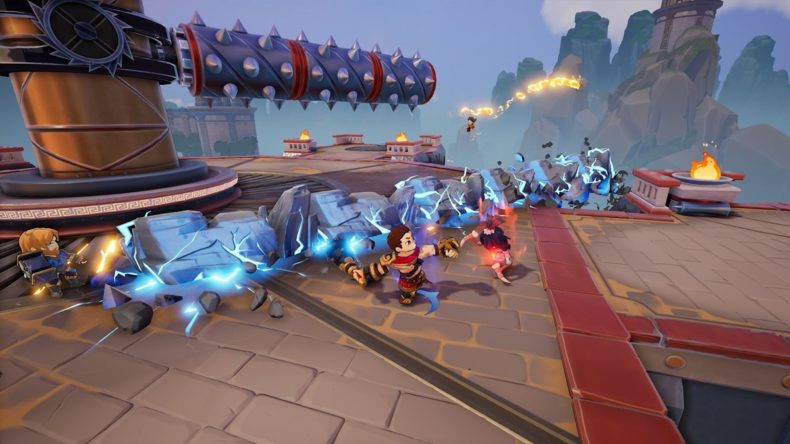 Set in a vibrant stylized world of gods and mythology, players battle across arenas featuring deadly environmental mechanics. Each of the unique playable gods can unleash devastating abilities at the push of a button, inflicting massive damage based on the player’s timing, positioning and moment-to-moment decisions.

To coincide with the launch, PlayStation Plus subscribers can get the Founders Edition of Divine Knockout as part of the December monthly games, which includes the full game, 8 gods, cosmetics, and a special bonus skin for SMITE. DKO is full cross-play and cross-progression, and looks set to be a fun fighter for players across all platforms. it’ll be available in two different versions which include the following:

Divine Knockout is out now on PlayStation, Xbox, and PC, and you can watch the launch trailer below:

Video games are cool. Don't let anybody tell you any different.
MORE LIKE THIS
Divine KnockoutHi RezRed Beard Games