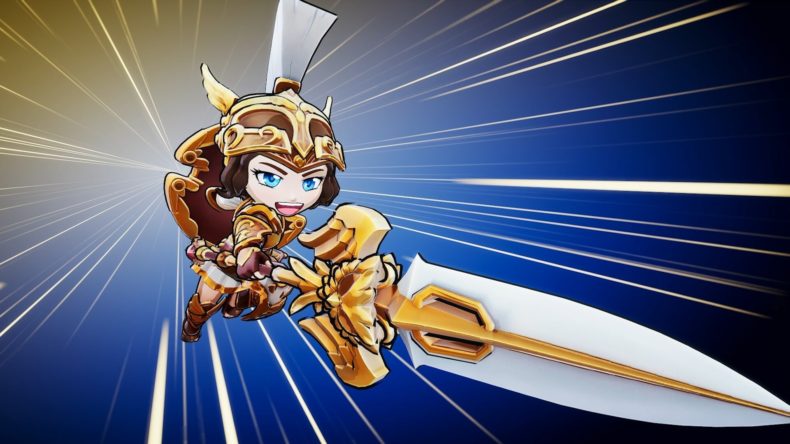 To coincide with today’s release of Divine Knockout, we’re giving away 100 codes in a competition across PlayStation, Xbox, and Epic Games. The game features as part of PlayStation Plus’ line-up for December, and includes the full game, 8 gods, cosmetics, and a special bonus skin for SMITE. Outside of PS Plus, the game will cost $24.99 as part of the DKO Founders Edition.

The official synopsis reads, “Set in a vibrant stylized world of gods and mythology, Divine Knockout is gaming’s first third-person platform fighter. Inspired by classic 2D brawlers, DKO shifts the combat to third-person 3D – bringing us right into the heart of the action. Battling across arenas featuring deadly environmental mechanics, each unique god can unleash devastating abilities at the push of a button, and inflict massive damage based on the player’s timing, positioning and moment-to-moment decisions.”

“We can’t wait to launch DKO to all PlayStation Plus subscribers on December 6”, says Alexandre Grimonpont, Executive Producer of Divine Knockout. “This exciting partnership with PlayStation means that from day one we’re welcoming a huge community of players to duke it out across 1v1, 2v2 and 3v3 modes. The multiplayer mayhem of DKO is a perfect fit for PlayStation Plus. See you on the sixth!”.

We’re giving away 40 codes on PlayStation, 40 codes on Xbox, and 20 codes on Epic Games. To be in with a chance of being one of the lucky winners in our Divine Knockout Competition, you can enter via the link below, or reply to the pinned tweet on our official Twitter page with #DKOComp stating your preferred platform. The competition is open to UK residents only, and will run until Friday, December 9, 2022. Good luck!

Video games are cool. Don't let anybody tell you any different.
MORE LIKE THIS
competitionDivine KnockoutPlayStation Plus