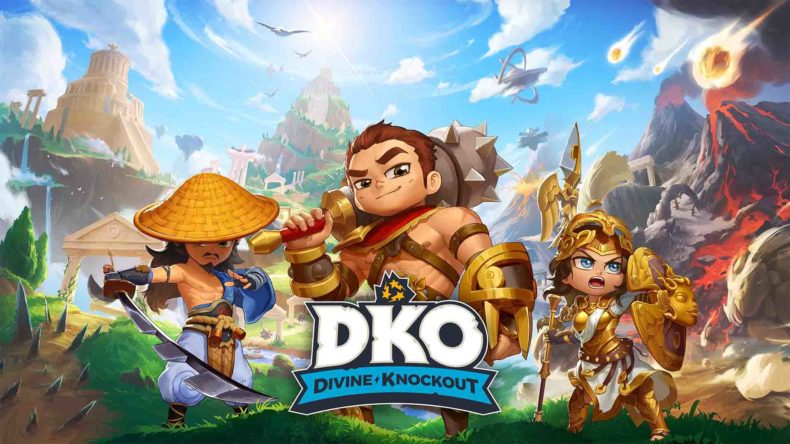 Hi-Rez Studios and Red Beard Games has announced its third-person platform-brawler Divine Knockout is coming to PlayStation Plus on December 6th. The PlayStation Plus version of Divine Knockout is the Founder Edition of the title, which would normally cost $24.99, and includes the full game, eight gods, cosmetics, and a special bonus skin for SMITE.

“We can’t wait to launch DKO to all PlayStation Plus subscribers on December 6”, says Alexandre Grimonpont, Executive Producer of Divine Knockout. “This exciting partnership with PlayStation means that from day one we’re welcoming a huge community of players to duke it out across 1v1, 2v2 and 3v3 modes. The multiplayer mayhem of DKO is a perfect fit for PlayStation Plus. See you on the sixth!”.

The game is currently in closed alpha, and is also coming to PC and Xbox on the same day (December 6), and will even support full cross-play and cross-progression across all three formats.

Set in a vibrant stylized world of gods and mythology, Divine Knockout is gaming’s first third-person platform fighter. Inspired by classic 2D brawlers, DKO shifts the combat to third-person 3D – bringing us right into the heart of the action. Battling across arenas featuring deadly environmental mechanics, each unique god can unleash devastating abilities at the push of a button, and inflict massive damage based on the player’s timing, positioning and moment-to-moment decisions

Hopes are high for this one as publisher Hi-Rez Studios has previous with online multiplayer titles such as Rogue Company, (Mick said “Rogue Company is a team shooter with great potential, and it’s one of the most effortlessly fun games I’ve played in a while”, and gave the game an 8.5/10) so here’s hoping the boost of being in PlayStation Plus this December will help the game gain an audience.

Divine Knockout is coming to PlayStation Plus, Xbox, and PC on December 6th.