previous
Suicide Squad: Kill the Justice League is coming in May 2023
random
next
Death Stranding 2 announced and confirmed for PlayStation 5
0 comments 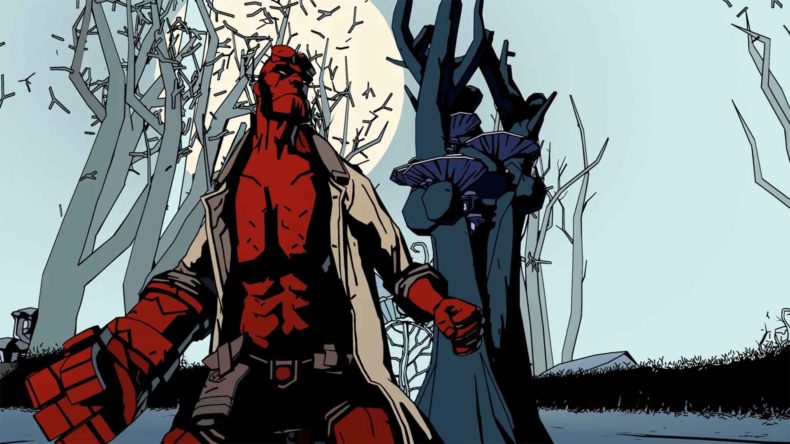 Upstream Arcade are the team behind the newly announced Hellboy Web of Wyrd, a roguelite action-adventure that will feature Lance Riddick as Hellboy. Riddick, of course, is well known for the voice of Hellboy, but also appears in Destiny 2, and Horizon Forbidden West (and Zero Dawn) and Sylens.

You can watch the reveal trailer, below:

“Adapting the Hellboy comics to a game is a dream project for all of us. The opportunity to create something authentic — that’s something we take very seriously,” said Amanda Kruse, Publishing Director at Good Shepherd Entertainment. “Our partnership with Mike Mignola and the creative team at Dark Horse has been inspiring. The support and trust they’ve given us has allowed Upstream Arcade to bring their vision to life. Hellboy Web of Wyrd is a bold new work we are excited to share with fans of the comics and action-adventure games alike”.

“We are extremely excited by this amazing new Hellboy game developed by Good Shepherd Entertainment,” said Mike Richardson, CEO of Dark Horse Media. “Mike Mignola has created a hero and world unique in comics, and this game gives fans a new way to share in his supernatural adventures”.

Welcome to the Butterfly House, a mysterious manor of perverse angles and non-Euclidean geometry built by occultist Pasquale Deneveaux to open a gateway to the Wyrd, a vast, interdimensional web of wondrous and horrifying planes of existence beyond our world. When a B.P.R.D. agent vanishes inside the mansion, it’s up to Hellboy and his team of agents to uncover its forbidden secrets.

Journey into the deepest realms of the Wyrd, each hiding a unique investigation into the unknown. Battle powerful creatures in search of forgotten godforms and magnificent treasures, but beware: ancient evil festers within the Wyrd’s darkest reaches… evil that wants out.

Hellboy Web of Wyrd features “an original storyline crafted in collaboration with Mignola, as well as the renowned voice talents of Lance Reddick as Hellboy himself. Mignola has also designed the game’s unique key art”.

Hellboy Web of Wyrd is in development for PC, PlayStation 4, PlayStation 5, Xbox Series X|S, Xbox One and Nintendo Switch.