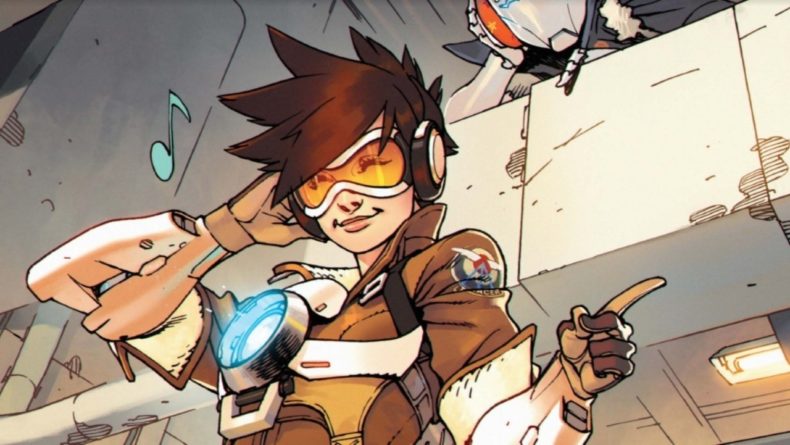 The series has officially launched today and follows young Tracer in her hometown. The first of five issues is available now, digitally for players and fans to read for free. You can access Issue #1 for free exclusively via Dark Horse Digital and on PlayOverwatch.

Alongside the London Calling comic series, Overwatch is hosting the Tracer Comic Challenge where players can earn a brand-new epic skin, Comic Book Tracer and other cosmetic goodies. To get your hands on them you will need to win games of Overwatch between 15 to 28 September. The skin features original art from the London Calling comic book issue. In addition a number of comic book themed sprays can be earned by watching Overwatch streamers on Twitch during the same period.

The comic series is expected to release on a monthly schedule. For those fans who want to collect them all, every issue in the series will be available in print with issue #1 hitting comic shelves from 2 December, 2020.

Overwatch: Tracer – London Calling is available in over 13 languages so players around the world can enjoy Tracer’s adventures.

Likes to shoot stuff and wear pretty shoes. Is a BEAST at Titanfall.
MORE LIKE THIS
Blizzard EntertainmentOverwatchtracer