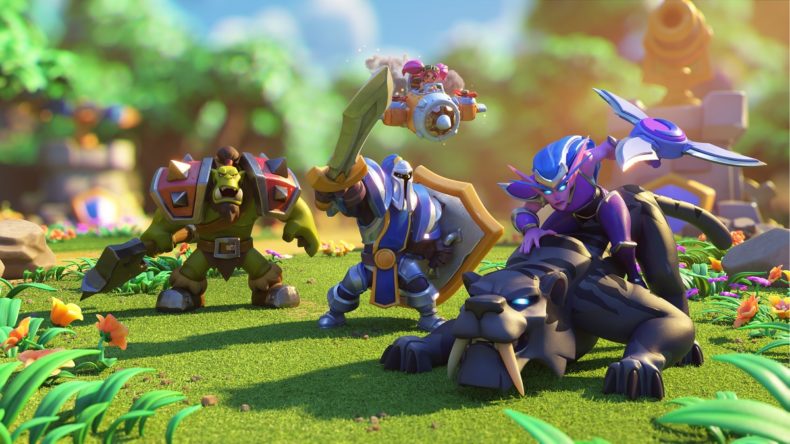 Blizzard Entertainment has today unveiled a brand new mobile game called Warcraft Arclight Rumble coming later this year. It is being described as an “action-packed mobile strategy game,” and it’ll be coming to Android and iOS devices in selected regions. It has been designed from the ground up and set in the Warcraft universe, where players can collect over 60 heroes, villains, and monsters, and do battle in an extensive single-player campaign, as well as in co-op and PvP.

Warcraft Arclight Rumble will see players build armies with their favourite heroes and villains, designed in the style of sculpted tabletop miniatures. The single-player campaign will feature over 70 missions designed to test the wits of the savviest of gamers. Starting with the armies’ Leaders, including the likes of Warsong chieftain Grommash Hellscream and Archmage Jaina Proudmoore, it’ll be up to the player to fill their rosters with rank-and-file Troop minis and powerful Spells.

Players will also be able to step away from the single-player campaign to take on Dungeons, take part in Raids with other players, or fight to the death in PvP matches. The option to join a Guild will be present, bringing people together through chat to plan their adventures and work towards a collective reward. In-game currency will be earned continually to add and level-up their collections by playing, but the option to spend real money will also be available.

“Warcraft Arclight Rumble provides the sort of experience that we always strive to create at Blizzard,” said Mike Ybarra, President of Blizzard Entertainment. “It’s instantly fun, yet deep and rewarding over the long term, and we’re immensely proud to bring a new and authentic representation of Warcraft to mobile. We can’t wait for players to experience the joyful chaos of this game for themselves.”

There will be a Beta available soon for Warcraft Arclight Rumble in certain regions, and you can find out more about it here.

Video games are cool. Don't let anybody tell you any different.
MORE LIKE THIS
Blizzard EntertainmentWarcraft