GoldenEye 007 coming to Switch and Xbox this week 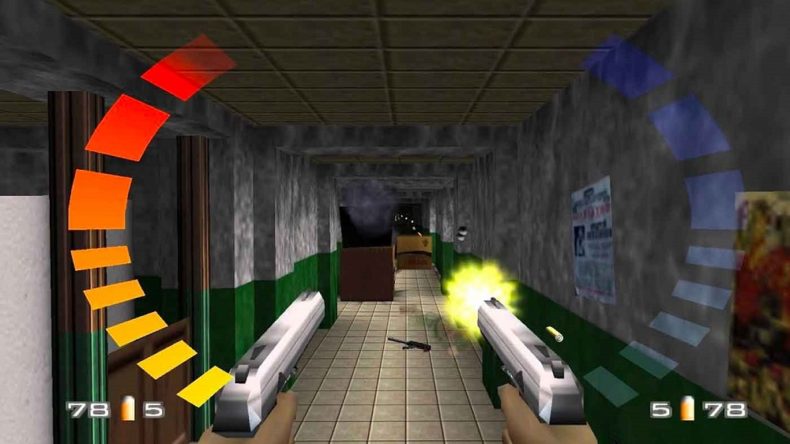 GoldenEye 007 is finally coming to Xbox and Nintendo Switch on January 27 via Nintendo Switch Online and Xbox Game Pass. After being announced last September, fans will finally get to replay the game almost solely responsible for making the modern FPS so popular.

For e refresher to those who’ve forgotten the game completely, or those new to the classic, you will “enter a world of espionage as Bond in GoldenEye 007. Your covert operation to stop the GoldenEye weapon satellite spans the globe –you’ll infiltrate underground bases, charge through a military train and slink around the depths of a jungle. Along the way, M will brief you on your objectives and Q Branch will support your efforts with an array of gadgets, but the ultimate success of this mission is yours alone. Save the day, then go for the gold in spy-vs-spy action locally** or online in the four-player multiplayer mode and enjoy round after round of first-person competitive action.”

For subscribers of Nintendo Switch Online + Expansion Pack members, it’ll be available as part of the Nintendo 64 library and let players jump into the single player campaign or spy vs spy action both locally and online. For those with an Xbox Game Pass membership, it’ll be available for Xbox Series X|S and Xbox One owners.

Although there aren’t any specific enhancements for the Switch version, it’ll offer alternative controller options, achievements, and native 16:9 resolution and up to 4K Ultra HD on Game Pass. If players own a copy of Rare Replay, Rare’s 30-game compilation of classics, they’ll be able to download GoldenEye 007 free of charge.

There’s a good chance GoldenEye 007 will be better living in the memories of those that played it all the way back in 1997, but still, it’ll be pretty cool hearing that banging soundtrack while dropping out the vents of a bathroom to kill that pesky urinating guard.

Video games are cool. Don't let anybody tell you any different.
MORE LIKE THIS
GoldenEye 007nintendo switch onlineRare