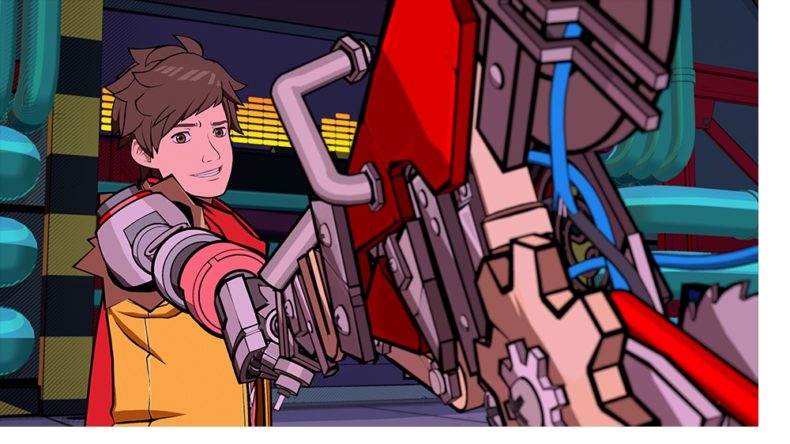 A brand-new game from the team behind Ghostwire: Tokyo and The Evil Within was anounced during the Developer_Direct from Xbox and Betehsda. Hi-Fi Rush is an action rhythm anime game from Tango Gameworks, and what’s even cooler is it’s available right now on Xbox Game Pass.

During the showcase, we got to see plenty of gameplay, and exactly what players can expect to see right now. Players take on the role of Chai, and the synopsis revealed on Bethesda’s official site reads, “After a diabolical corporation mistakenly fuses a music player to Chai’s heart, he is quickly labeled a ‘defect,’ with hordes of corporate drones (read: an actual robot horde) hellbent on recalling him! Now armed with the power to feel the beat of the world around him, it’s up to Chai to battle through each department of the tech monolith to stop their evil schemes with his new, rhythmically enhanced combat skills!”

In Hi-Fi Rush, players will fight to the rhythm, whether that’s when swinging you trusty axe or dodging out of the way of enemies. It looks wonderful, with various mechanics all fusing together to feature something that looks rather impressive. On top of the gameplay we saw, it was also announced the soundtrack would feature fully licensed songs, including tracks from the likes of Nine Inch Nails and The Black Keys.

For more details on Hi-Fi Rush, you can head to the Bethesda website, and the gameplay Deep Dive can be watched below.

Video games are cool. Don't let anybody tell you any different.
MORE LIKE THIS
Developer DirectHi-Fi Rushtango gameworksXbox