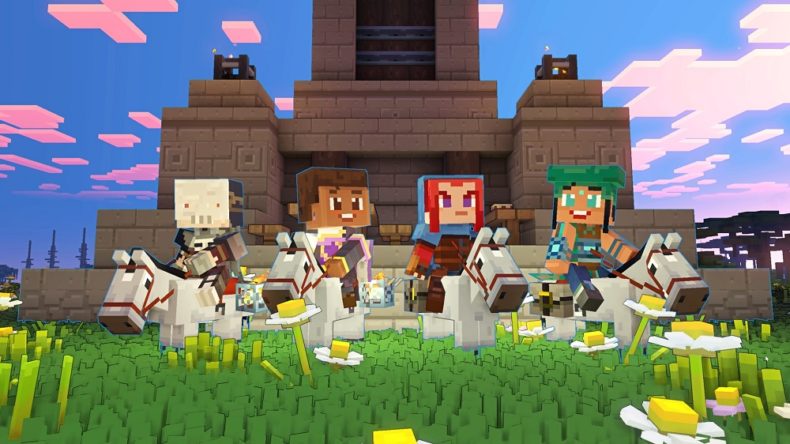 During the Xbox and Bethesda Developer_Direct, fans were treated to new gameplay and a release date for Minecraft Legends, coming April 18. Releasing on Xbox Series X|S, Xbox One, and PC (and via Game Pass on day one), players were treated to footage from the game, along with the development team talking about what they were most excited for.

Minecraft Legends is an action strategy game that’ll feature a story-led campaign where players will reclaim the Overworld from a Piglin invasion, as well as 4v4 battles in PvP. Not only will you be able to team up with friends to take on other players, the Piglins will also act as a threat. The PvP elements look really exciting, as one member of the team can build the base while others go off and scavenge or fight.

When Minecraft Legends launches, there’ll be two editions for purchase. The Standard Edition will solely feature the game, while the Deluxe Edition comes with both the base game and a Deluxe Skin pack for a discounted price. More details about both editions can be found on the official Minecraft site. Pre-orders are open right now, giving players plenty of time to make sure they’re ready for launch.

According to Xbox Wire, there will be an exclusive interview coming to the site soon, where we’ll find out more about PvP from the developers, as well as how the game will adapt classic Minecraft ideas for the action strategy genre. To sum up what was shown during the showcase and to celebrate the Minecraft Legends release date, a brand-new trailer showing off the gameplay was shown, and you can watch it below.

Video games are cool. Don't let anybody tell you any different.
MORE LIKE THIS
Developer DirectMinecraft LegendsMojangXbox