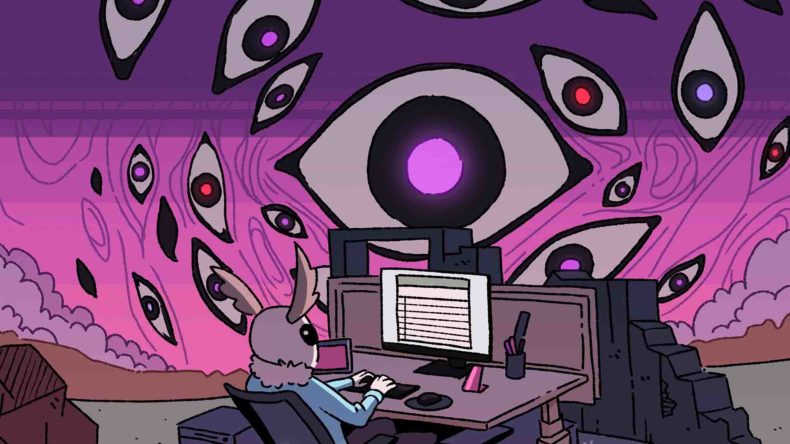 Astrolabe Games has announced that Moth Kubit has now got a brand new Steam page, and the game is available now for wishlisting.

Described as a “Kafkaesque Satirical Pixel RPG“, it’s developed by Helena Creative Studio from Brazil, and we’ve got the official word on what the game is about, below.

Our protagonist, Moth Kubit, has just been promoted, and all of a sudden embarks on a weird adventure in a megacorp to redeem (or eradicate) himself, his bug-ddies and the company before the mysterious “Final Process” arrives.

This game depicts an absurd but vivid Kafkaesque corporate world of insects and a unique combat system, featuring multiple endings based on the important choices made along the way.

Set in a mega-corporation, Moth Kubit is a 2D top-down, bizarre RPG that features our protagonist, Moth Kubit, an average worker that emotionless accepts a promotion, unaware of the mysterious “Final Process” that is coming his way.

Rumour has it that the “Final Process” will change everything, everywhere, all at once, like a fever dream taking form. Will the corporation go bankrupt? Will the world come to an end? It is up to Moth Kubit and his bug-reaucrats to work their way up and to save or seal the fate of reality…

The publisher says the gameplay follows a standard recipe for RPGs. There are puzzles to solve, chats to have, and a story to unfold, but it all takes place inside a corporate HQ, and is full of bugs. The dev says that “No insects were harmed in the making of this video game, and all of the insects have been cartooned to make sure no insectophobia (entomophobia, technically) will be triggered. If so, please let us know!”.