Ori and the Will of the Wisps | Complete Boss Guide: Avalanche (Escape) 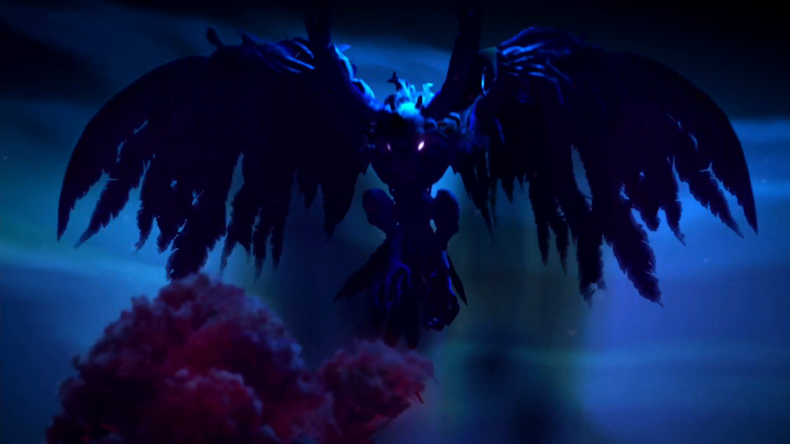 This section of the guide will help you navigate the avalanche escape section in Ori and the Will of the Wisps. After climbing to the top of Baur’s Reach, you’ll reach the Memory of the Forest Wisp. But if things seem a little too easy, that’s because they are. Before long, the large looming presence of Shriek appears to ruin your day. He lands next to you and reaches out to try and snatch you. As you dodge, you fall off the edge of the mountain. Once you’re back on your feet, you’ll realise Shriek has caused a terrible avalanche that you must now escape from. Swoop and Rise: Immediately run to the left, dashing when you can. You’ll have to jump onto a log before long, but beware Shriek will swoop down and destroy almost all of it, so use your double-jump and Dash move to make sure you reach the other side. There’s a small vertical branch to get over too, which can take surprisingly long to get over if you accidentally grab it instead of clearing it, so watch out. Once over the next few thorns, you’ll drop into a cavern where air is gusting upwards. Use your feather to float upwards, and move to the left, underneath a branch outcrop. Once you’ve cleared the branch, rise above it and immediately float to the right, as a failing spiky rock will come crashing down. Then once that has passed you, continue floating left out of the cavern.

Drop and Grapple: Once you reach the next section Shriek will destroy another log, revealing a drop below you. Head down, and you should land on a branch hanging from the right. Don’t hang around here for long, as the snow will catch up to you. Immediately jump left and down and you’ll see a rock moving slowly to the left, you’ll want to land on top of that. Then to your left and above you, you should notice a Grapple Hook, so swing towards that, and another log to your left will snap revealing a further escape route.

Bash and Launch: Again, jump over the thorns and downwards, and you should land on a ledge. Below you will see three hanging lanterns that you can Bash off of. For speed, you may want to jump over the first one, and just use the other two. Either way your target is the blue flower to your left. Land on that, and you’ll get its signature launch into the air. You’ll come to a tree trunk that has a small gap in it surrounded by thorns. Drop into the available gap, and then Dash out to the left when the angle changes to escape unhurt. Drop a little way, and then Grapple onto the hook on the far left, to give you the angle and reach to swing over the thorns and trunk stump. Hang and Wait: You’ll land near some snow platforms, which won’t last long, so you’ll need to be quick. Jump off them and dash into the gap in the trunk to your left. What you want to be doing is aiming for the cliff edge just passed the trunk. Ideally you’ll want to hang here for a second or two. Whilst you do that, lots of spiky ice obstacles will drop from the ceiling to your left, but you’ll be unharmed. Don’t rest on your laurels though, because the avalanche is approaching fast. Once the ice has dropped passed you, drop off the cliff yourself, and double-jump and dash your way to the far left. It often works out better to land just below the opening, and cling to the right edge. This then restores your double-jump and dash to get over the thorns that adorn the ledge you need to get over.

Swim and Sprint: For the final section, you leap and land in a small icy pool, which shouldn’t pose much of a problem to dive down and navigate under the overhanging branch. Swim dash out for height and speed, and land back on solid ground. Now it’s just a sprint to finish, but you’ll need to dash as well, because the tree log above is falling fast and you need to get away from under it otherwise it will crush you. Ignore the enemy here, it is meant to distract you, just keep dashing left, and you should be fine. Then just leap over the last set of thorns, and drop into the chasm before you to escape Shriek and the avalanche.