Ori and the Will of the Wisps | Complete Boss Guide: The Horn Beetle 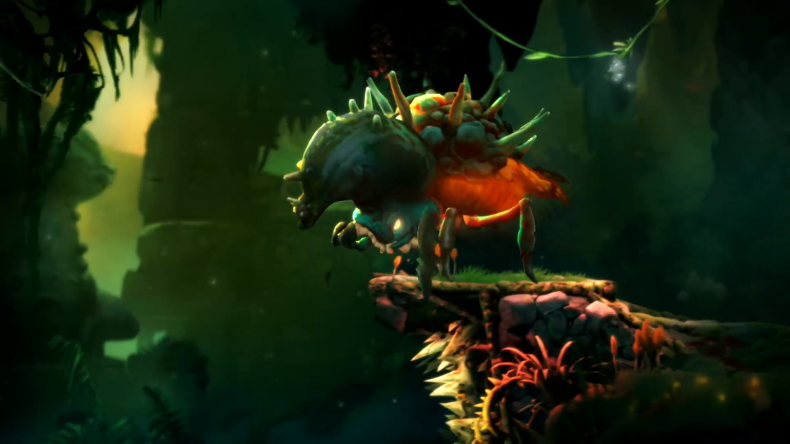 The second Ori and the Will of the Wisps boss battle, The Horn Beetle, comes as you make your way through Kwolok’s Hollow in search of the Guardian Kwolok. It’s essentially a bigger, meaner version of the regular Horn Beetles you’ve been dealing with so far. However, this one has a few tricks up his sleeve that you’ll need to be aware of.

Things to be aware of

The Horn Beetle will be very aggressive, almost relentlessly so, which can easily catch you off guard. The openings are there, but will likely be over too quickly to react the first time you see them. This is definitely one of those fights, where there’s no shame in struggling initially. But like most bosses in this game, their tells are easy to learn and react to with practice.

It’s also worth noting that you have to aim for his big red behind for damage, hitting him from the front won’t do any damage. So like their smaller brethren, positioning yourself there is the key. The final watch out is that either side of the arena is packed full of thorns which will damage you constantly if you get stuck in them. With the aggressive movement of the Horn Beetle, you can easily get cornered there and die pretty quickly, so keep your distance. Head Pound: The Horn Beetle will raise its head and then slam it onto the ground. As a result, spikes come out of the floor and move towards you. You will need to not only jump over these as they approach, but more than likely use Dash to ensure you land after the spikes have passed by, ensuring you don’t take damage.

Charge: If you are a long-distance away, the Horn Beetle will scrape its legs on the floor a couple of times as a clear tell, that it is readying a charge. It will then run at you at pace, and then perform a jump to try and crush you. You can’t really jump over him or use the sides of the arena for height due to the thorns. So, your window is when he leaps. Here you need to run and dash under him. It can be quite tricky to do without taking damage, but certainly is possible, and will leave you behind him, where he is exposed to damage.

Jump: If you are slightly closer than the Charge range, chance are the Horn Beetle will Jump instead. His tell for this is that his legs will tense up under his weight before he springs into the air. He stays in the air for a short moment, but this is your best chance to get underneath and therefore behind him to damage him. Again, the Dash move is key here.

Swing: If you’ve been successful in getting behind him and doing damage, Horned Beetle might also get frustrated and do a 180-degree turn on spot, swinging at you with his big horn. He does a little wind-up before he follows through, so if you see this, Dash away from him to avoid damage. The key is picking your moment to Dash underneath him and then wailing on his behind. The best damage for the time you’ll have behind him seems to be two or three hits with Spirit Edge. Again don’t be greedy and watch for his tells to spot what he’ll do next. Sometimes he’ll string together a few Jump moves together in a row and this is your chance to do some serious damage. Dash under him, turn around and swing away, then as he turns and jumps, Dash the other way underneath him and repeat.