Ori and the Will of the Wisps | Complete Boss Guide: Willow Stone (Mini-Boss) 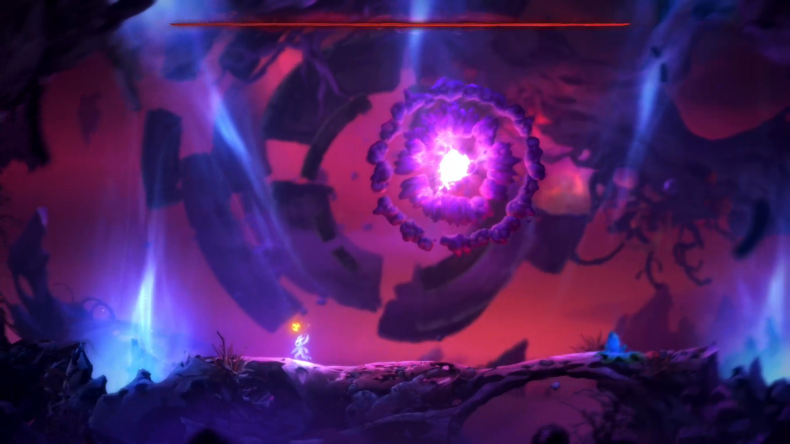 This part of the guide will take you through the Willow Stone boss encounter in Ori and the Will of the Wisps. During your quest through Willow’s End, to open up access to the Spirit Willow, you will encounter the Willow Stone mini-boss. At this stage in the game, it shouldn’t pose too much of a threat to you, especially when you understand its attack patterns and how to combat them. You can only damage Willow Stone by striking its core, which is protected by two layers of rock for most of the fight. So this is a fight about patience and using its moves against it. Laser: The Willow Stone will split in two, and a laser will shoot out from both sides of it. It will then rotate to fire the laser in a loop. There’s no safe space here to hide, so instead, you need to make use of the blue portals you’ve been using so far to avoid them. Jump into a portal on the floor and you’ll drop out of the one on the ceiling on the opposite side of the arena.

Orb Shot: A small opening will appear in the rock circles, and Willow Stone will fire a few pink orbs at you. As you’ve probably guessed, these can be flown back towards it with a simple Bash move. You’ll need to make sure you get the engle just right though, as the opening through the rocks is quite small. Rock Absorb: Willow Stone will absorb rock for its circles from the surrounding area. It rocks hit you on their way to Willow Stone, you’ll take damage. Given their speed and random patterns it can be hard to avoid. You also can’t really damage Willow Stone during this move.

Rock Discard: This is your key opening. Willow Stone will discard all its rock protection to the edges of the arena, leaving its core vulnerable. Make sure you do as much attack damage as possible to the core in this short window before the rocks return.

Homing Orbs: Similar to the Orb Shot, Willow Stone will fire orbs out above itself, but then they will home in on your location. Like the Orb Shot, these can be fired back, but because the gap to the core isn’t present, they are unlikely to do any damage to it.