previous
A Fold Apart review
random
next
Niffelheim review
1 like 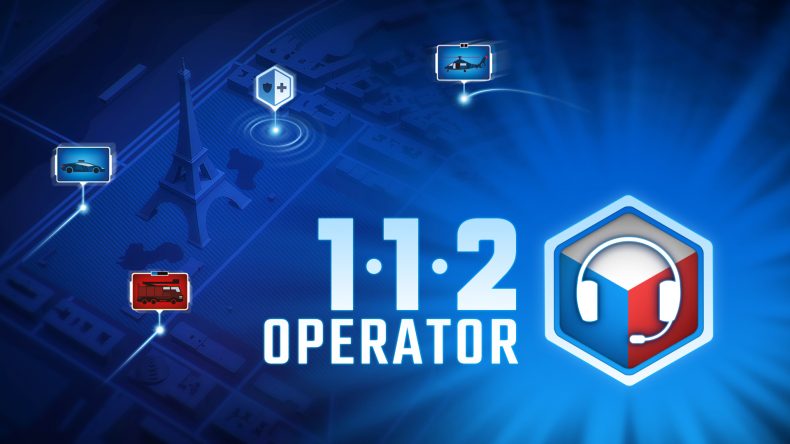 I can confidently say I’ve never played anything quite like 112 Operator. Now, you may have, if you played the previous title from developer Jutsu Games, 911 Operator. The main difference here is that, while 911 was set in the US, 112 has you dealing with emergencies all over Europe.

Before you get too excited though, I should stipulate that this doesn’t change an awful lot in the grand scheme of things. While you can now choose Eurpoean cities to oversee, your Operator is still an American dude, and while the maps themselves ape the real cities to an impressive degree, the callers are almost always American, the responders are all American, and so you lose all sense of that international touch anyway.

Luckily, the gameplay retains the same high quality regardless. In case you need bringing up to speed, you play the role of an emergency 112 operator in a busy city, and will both respond to people in distress over the phone and despatch emergency services to deal with any issues. The UI is an overview of the district or districts under your care. The police stations, hospitals and firehouses are marked in the map, as well as the locations of all your available units. You have the option to position them around the map before your Duty begins, so you can make sure as much of the city is covered as possible. This makes the first few issues of your shift fairly easy to deal with. However, as the shift wears on, more and more problems will arise, and in addition to scrambling response vehicles, you’ll also need to speak to callers.

With over 60 new emergencies added in 112 Operator (and more to be added as time goes on), you’ll be dealing with a broad spectrum of issues ranging from the amusing to the disturbing to the outright distressing. Your responses are picked from a list of options, and the wrong advice at the wrong time can lead to a situation spiralling out of control or, worse, a casualty at your hands.

I’m not going to pretend this game “puts you in the shoes” of an emergency operator in any real or meaningful way, but it does force you think on your feet, and for the most part the performances are enough to get you fully invested. When played with headphones, background sounds play an important part in the advice you give, too. For example, my first call was from a guy who had gotten his car stuck across a railway track with a train incoming. Sounds far-fetched, doesn’t it? Well, when you’re playing, it’s anything but. The voice actor sounded genuinely panicked, desperate for my advice. I could hear the train in the background, bellowing its horn and growing louder and louder. I at first ordered him to leave the car, but he refused, saying he didn’t want to endanger the train, so I then had to calmly talk him through restarting the engine – which failed at first, of course – and eventually he managed to move it off the tracks in time.

A call a little later, from a man preparing to throw himself off a building, didn’t go quite so well, as I failed to properly talk him down and he took his own life, still screaming into the phone as he fell. It was almost harrowing, and I felt genuinely distraught that I had failed him. In both cases, I felt completely responsible, and later when I started receiving calls from confessing murderers or people trying to save lives in the middle of a car accident, I almost forgot I was playing a game.

All the time you have to watch the map, too. Although time slows right down when you’re on a call, you still need to make sure you’re dispatching the right vehicles to the places they’re needed. Sometimes you’ll need to make a touch call, such as assigning your last remaining squad car to a drug deal or a mugging. Everything has a consequence in the after-duty report, and all these elements affect how much your department earns. Money is important, as it allows you to upgrade and buy new vehicles, or hire and outfit personnel, all of which make a major difference later when you’re controlling several districts at once with more severe crimes. In between duties, you can check your emails, refresh your knowledge of CPR and such so that you can properly advise callers, and monitor statistics and weather, both of which have an impact on the types of crime you’ll be dealing with and the conditions you’ll be fighting against.

112 Operator doesn’t look exciting to an observer, but to put yourself in the hot-seat and actually play it is very different. The voice actors are mostly on point (there are a few that are so bad they break the immersion a little), and the situations your in never seem too outlandish. The no-nonsense UI and simplistic mechanics mean you can focus your attention on the problems at hand, and working against the clock, knowing that any mistake could cost a life or lead to further emergencies, is exhilarating.

But some are a little iffy
International elements are under-used

112 Operator may not look particularly exciting to an observer, but to put yourself in the hot-seat and actually play is exhilarating.