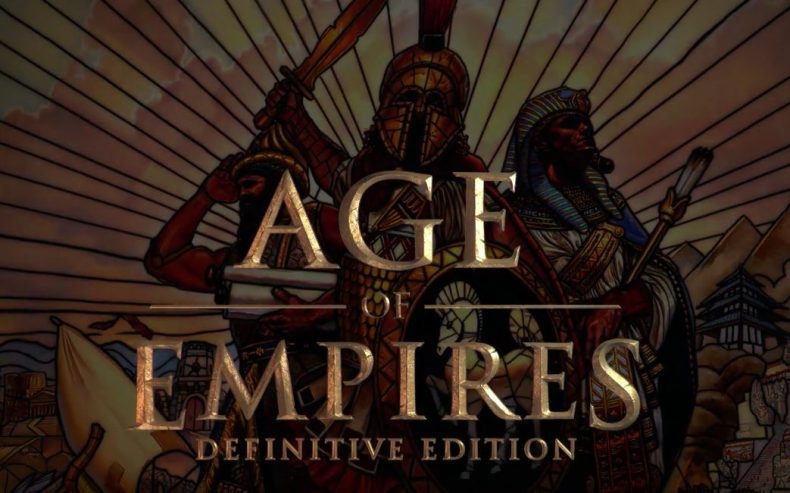 I have always liked the idea of a strategy game in which I can just focus on building my own little village, town or city. The idea of foraging and hunting for food, while building homes and gathering resources; the idea of setting up markets and trading with other people; all of these things are present in Age of Empires: Definitive Edition, so I should love it, right?

Well, in truth I can only say that I half love it. Oh, I do love the building and foraging and trading, but I don’t really enjoy the combat that wraps up the whole package. This is probably because, unlike most things in the game, it doesn’t feel like it comes up to the standard expected of an RTS in the last decade. One of the reasons I rarely got into old strategy games is because I would still be gathering the resources to support the building of a sizable force, when the AI would rush in with an unfeasibly large army to crush my insignificant rabble. This is where the current best-in-class Starcraft II (and its little buddy, the horrendously overlooked Halo Wars 2) show just how newbie-friendly the RTS genre has become, and it’s where Age of Empires: Definitive Edition shows just how far behind it remains. Look, I know it’s not really about the combat. AoE:DE absolutely excels at the hunter-gatherer aspect; you have to send out villagers to cut down trees for building supplies, or to gather berries for food. Given better tools, they can be sent out to hunt gazelles or even lions and elephants for meat, or to the water’s edge to fish. Building a dock allows you to build boats for fishing, defence or even to trade with other civilisations, offloading excess resources in exchange for gold. Though that’s not really relevant until later.

Where it differs from other games is in its evolution mechanic. You can start a mission with Stone Age materials and units, but through resource management and fulfilling certain building requirements, it’s entirely possible to progress into the Tool Age. This means better weaponry for your soldiers, better tools for workers and more advanced buildings, including new training techniques that can improve skills, armour and weapons. You can even add new units to protect your home, or to broaden your horizons as you explore the map. I know that research and development has enabled better units to be trained in other games since, but the way it’s done in AoE just makes you feel that little bit more accomplished. Unlike something like Civilisation, the latest age in Age of Empires is the Post-Iron Age, so don’t expect to be seeing tanks and guns here. It’s amazing that it has been over twenty years since Age of Empires first graced computer screens, completely changing how we viewed strategy gaming. It was more than just another war game, as it actively encouraged resource management and trade, plus it was historically accurate in a way no other game was at the time. Visuals have come on considerably since 1997 however, which is why Forgotten Empires put most of its eggs into the presentation basket for this Definitive Edition. Every facet of the visuals has been overhauled in some way, from the units and buildings to the terrain itself. The water in particular is quite lovely, as are the beautifully detailed boats that sail upon it, usually peppering your infantry with arrows, as they patrol the coastline.

I know I said earlier that it wasn’t really about the combat, but you know what? It kinda is. Too much, in fact. It only serves to highlight that this game is just not for newcomers anymore, as new players like myself find themselves getting slaughtered as they simply try to find their feet. Sure, the game offers you walkthrough-like tips before you start each campaign mission, but that isn’t a solution to the problem. Hell, the very start of the first campaign sees you beset on all sides by enemies and it doesn’t give you much time to prepare. There is no difficulty curve in this game, you simply learn a little about the way each system works and then you’re thrown to the lions. This might have been how games worked back in 1997 (it wasn’t fun back then, either) but not in 2018. That said, you can at least take to the skirmish-like custom games, if you want to play with greater resources and a more leisurely pace, to get used to the gameplay. This might read like someone simply frustrated with the game being too hard, but no. This is more than that. Difficult I can handle, if it’s through a lack of understanding a game’s mechanics or because I’m simply bad at it; this is frustration at a game that has had such thought and care put into updating its presentation, but then not really bringing things like accessibility or improved AI up to today’s standards. The pathfinding is beyond terrible; when your men line up behind one another, waiting to attack an enemy because they can’t navigate around the one man who is currently engaged in battle? That is bad. I cannot overlook it, simply because this is an update of a classic.

It’s not all like that though. I just wish the game would guide newcomers a little better, properly teaching them how best to use the units at their disposal. Perhaps there is simply too much to teach, as it still takes hours to get through the tutorial campaign. When you do get the hang of combat, it does sometimes make you feel like a pretty good tactician. Even if you’re not. Especially when you’re not. When you’ve spent hours or even days trying to figure out how to best that one particularly tough mission, it’s accompanied by a wave of relief and pride. It just makes me all the more sad that this feeling often comes not from having done things well, but from a tedious war of attrition due to some out-of-date mechanics. It’s true that the RTS genre wouldn’t be where it is now without Age of Empires, and the Definitive Edition is a decent update of that classic. It comes with a near endless supply of content too, with ten campaigns (including the tutorial one), plus custom games and a substantial scenario editor, in which you can create and share your own missions and campaigns with the rest of the world. It really is an awful lot of content for its low price point. Without enough improvements beyond the superficial, however, it doesn’t make up for the two-decade-old mechanics not being updated. Fans will no doubt appreciate this game though, and RTS players might enjoy the retro challenge provided, but I can’t see it bringing in a new generation of players. Perhaps that’s enough for Microsoft and Forgotten Empires. It just isn’t enough for me.

While Age of Empires was once the best game of its kind, the Definitive Edition’s changes are only superficial, ignoring the gameplay advancements that have improved the genre since 1997. As such, only existing fans will fully appreciate it.