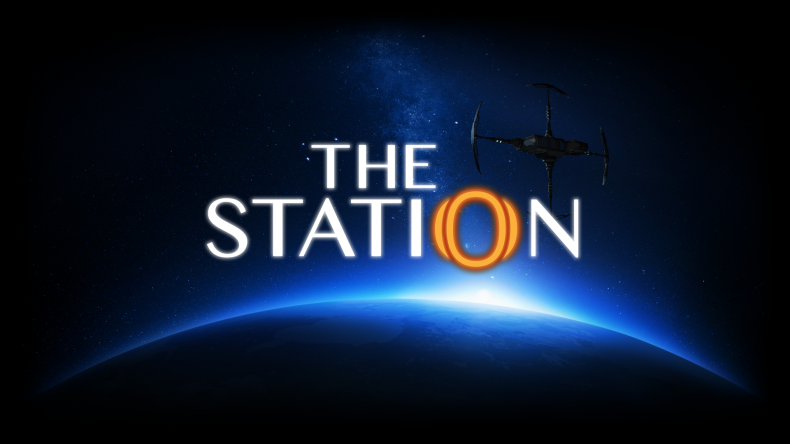 First-person narratives have become quite the genre over recent years, but few manage to get it spot on. Gone Home did a fantastic job of telling a story and keeping you gripped within the confines of a single house, whereas Everybody’s Gone to the Rapture was incredibly moving, had an emotionally charged narrative, and was set in a place you cared deeply about. The problem with The Station is that it seems to trip over its story, and by the time you’re just starting to appreciate it, the credits role and you’re left wondering why it ended so abruptly, as well as why it sprang the punchline upon you without leaving you with a chance to soak it in.

After the discovery of an alien civilization, amidst a galactic civil war, humans were sent up to space to try to learn more about the extra-terrestrials, choosing to risk an awful lot in the quest for knowledge. Unfortunately, Earth has lost contact with the small three-person crew, and as a recon specialist you’re sent to find out what has happened. Throughout your exploration of the station, you’ll find various audio blogs, person email accounts of the crew, instant messages, and more, helping you to unravel the mysteries of their seeming disappearance. For the most part, things are explained rather clearly about what is going on between the crew, but you ending up knowing very little about the aliens. As things start to escalate and the tension builds; it ends. It’s as disappointing as it sounds, especially as the game’s puzzles are some of the best I’ve seen within the genre. When you finally find out what’s happened and the crew’s fate is revealed, you are rushed through the message of what the game is trying to tell you, and the credits roll. There is seemingly no indication the game was ending, and the need to cram in everything at the very end could have been drawn out over at least ten or fifteen minutes, rather than what you get to experience.

The Station tries to push horror-elements, like power outages paired with shaking hallways, or loud banging, and at one point a mysterious figure appears – but there’s never any explanation as to whether it’s a crew member or something else until the end, and even then, it felt like an arbitrary inclusion. I never felt any kind of threat, just a bit of tension: the game does try to make you feel uneasy, but it just doesn’t work.

But the puzzles are great. There aren’t a lot of them, but when you do get to flex those brain muscles, the game opens up. One puzzle had me searching for fuel cells that had a certain type of power in that couldn’t be placed back into the engine, so I had to change the components by using a specific machine within the engine room by remembering a pattern. Once I’d done this, I could then place them back into the engine and complete that section of the game. One of the earlier puzzles was equally brilliant, involving crates, magnetic tools, and a repair robot, but I’ll leave it for you to uncover. There’s scope to do a lot with the narrative here, but I never really cared about the characters. They aren’t bad by any means, but the stories feel rushed, and the relationships don’t feel organic. Maybe it’s because of the very short run time (just over an hour for me), or maybe I just didn’t get on with the actors, but it just didn’t work for me.

The Station is a mediocre first-person narrative, with some great puzzles and a poor pace. It also suffers on PS4 with framerate issues when running through the corridors inside the space station, and even in some of the crew’s quarters, which didn’t help my enjoyment either. If you enjoyed Tacoma, it might be worth playing just to scratch that itch, but I wasn’t particularly gripped. If it wasn’t for the puzzles, my enjoyment for The Station would probably have been considerably less.

It may not be a great game, but the puzzles are impressive. It's just shame it has such a rushed ending that never rewards you for following the plot.