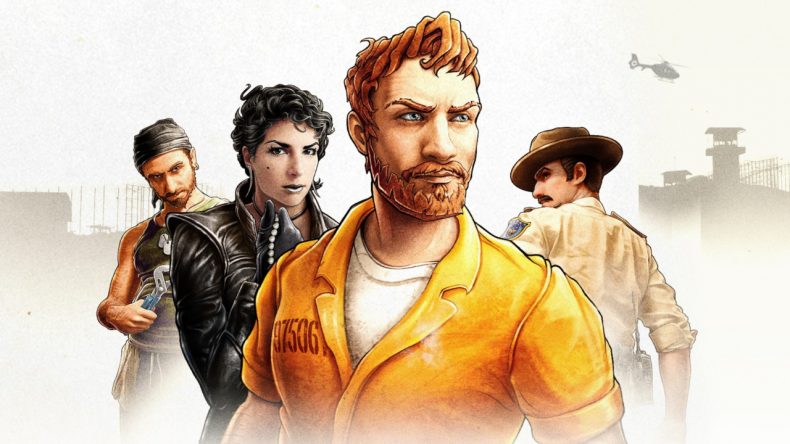 The original Grand Theft Auto is responsible for an awful lot. At the time of its release, its ultraviolent, top-down shenanigans caused outrage and even got it banned in several countries, highly censored in others. But its popularity set the games industry up for life, helping to prove that games weren’t just for kids, and that they could push against convention and challenge the norm like no other medium. It also inspired, and has continued to inspire with each iteration.

The latest game to crib from the series is isometric crime sim American Fugitive, which eschews the modern 3rd-person stylings already homaged to death by Saints Row and others, and instead cribs heavily from the original King of Controversy. Only, now it’s not controversial any more. In fact, it’s barely worth raising an eyebrow to in 2019.

Your character, Will Riley, is framed for the murder of his father in the first 20 seconds of the game. You know he didn’t do it, but no one else does, and so it’s straight to jail, no passing GO and no $200. What’s slightly weird is that you’re presented with apparent narrative choices throughout, which do absolutely nothing, such as whether to wake Will’s wife or sneak out when he receives the call from his father. The events play out the same regardless. Anyway, Will is on the run. After the world’s easiest prison break (you literally jump the fence and escape through a sewer pipe) he’s out in the world and must set about proving that he’s innocent of murder by breaking almost every law there is. Including murder. Luckily the protagonist’s best friend owns a salvage yard, which makes up for him being an unlikeable Redneck douchebag who is clearly a liability where discretion is concerned.

By the golden grace of undeserved fortune, his salvage business turns out to be the best ticket to finding the Truth (at least at to begin with), as the first thing he has Will do as a freshly-escaped convict with limited time to avenge the murder of his father and clear his name, is steal a car. Then murder a dude, then steal a cop car, then… Well you get it. The fact that your character literally has no life skills beyond stealing cars and threatening people means you’ve no choice but to just do it, and that’s the most irritating thing: American Fugitive pretends there’s a choice involved, but there isn’t. You can avoid collateral damage until you have to kill a bunch of people just because your buddy is in a family feud with them. You can choose to be nice to people or not in dialogue, but it ultimately makes no difference.

In the original GTA, which this draws almost all of its inspiration from, if you get blown up or arrested, you’re led to believe you paid the hospital fees or the bail money and that’s that. You’ll suspend your disbelief for the rest. In this, though, that makes no sense. Because as a fugitive you can’t make bail and you have no money to pay anything, so when you’re cornered by the cops they just shoot you (it even says WASTED in big letters when it happens) and you respawn back at the nearest sewer pipe with zero equipment. It’s a weird kind of reset and just feels frustrating given how easy it is to die or fail a mission. Controlling cars can be a little unruly; they slide all over the road, skid easily and take an age to stop even with the handbrake. Conversely, stealing them is easy, but every single one is alarmed. The worst thing is that because the screen is so close, you can’t see what’s ahead of you, whether it’s a corner, a dead-end, or a park bench full of civilians who you’re about to plough through and quadruple your Wanted starts. Most of the time when the police are after you, you’re better off bailing and going on foot. This way you can crouch, hide in bushes and slip between obstacles to break line of sight with your pursuers.

One thing that works pretty well is the house-breaking. You can break into pretty much every building you see, although there are some with secure locks that you simply can’t get into without the right key. Sometimes you might just use a rock to smash a window (which you can peak in first to check the coast is clear), or maybe you’ll jimmy the backdoor. You might even lurk in the shadows for the homeowner to walk past and then beat them half to death to take the doorkey. If you break in and someone is there and you have a gun, you can hold them up and rob them (as you can in shops); if you have rope, you can restrain them. Sadly you can’t see any of this happening, as each building is presented as a top-down collection of featureless black shapes that you move an icon back and forth between and hit A to search. You can find all sorts of things from important documents that highlight points of interest on the map, to items you can pawn, weapons, food or money.

Sometimes you’ll be careless and you’ll be detected, in which case you’ll have to hurry before the police come, and actions like searching will speed up the timer. If you’re spotted committing a crime and are reported, you’ll need to ditch your car (or take it to the spray shop – yes, it really is that much of a “homage”) and change your clothes. In this instance, anything will do, and a yellow summer dress will somehow render Will invisible to the authorities. 6-foot Will and his strawberry blond beard attract nary so much as an inappropriate hat-tip when he strolls around this sleepy, 1980s town. Right. Admittedly, these things add an element of excitement to breaking and entering, and as with all the crimes you’re forced to commit, you’ll always weigh up the pros and cons first. That being said, pros and cons don’t matter much because you have no choice but to commit crimes, either for the story or for the money you need to level up your skills. The skill tree is quite large and every time you complete a mission or find a specific secret, you’ll unlock an upgrade point to improve things like stamina (Will can only run a few steps before he’s out of breath otherwise), inventory space, starting equipment and housebreaking techniques. Unfortunately you need money as well as these points, and money isn’t all that easy to come by, at least in the early few hours.

There’s no denying that American Fugitive is reminiscent of the original top-down crime-spree simulator, but the house-breaking, stealth and sneakery also help to create its own atmosphere. I’m not 100% sold on Will’s motivations here, and the set-up is a little clichéd, but the gameplay is just about enough to make up for the lack of likeable characters or compelling development. If you’re not looking for anything particularly original, American Fugitive is a decent adventure with enough good ideas and atmosphere to keep you interested.

If you're not looking for anything particularly original, American Fugitive is a decent adventure with enough good ideas and atmosphere to keep you interested.