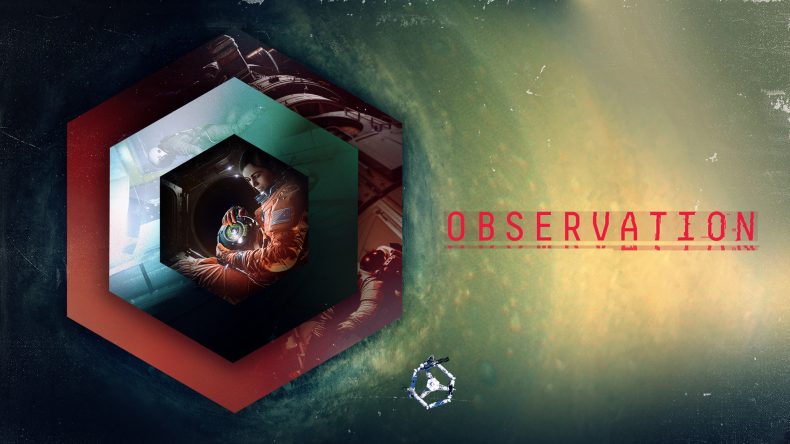 There are so many games that follow a formula, or have a story so generic it’s instantly forgettable the moment the credits role. Post-apocalyptic wastelands, futuristic warzones, and ordinary alien planets make up 90% of the market, and so rarely do they have an original idea that when one does come along, it’s like a breath of fresh air. I’ve been waiting for 2019 to give me that one game that gets me excited again, and it’s finally here. Observation is unique in its approach, giving the player control of a space station as opposed to a particular character; the story is gripping and there are plenty of neat mechanics. I can finally stop waiting for something to take my breath away.

You play as the AI of a space station called Observation, known as S.A.M. Something peculiar has happened, and the crew are nowhere to be found, other than Dr. Emma Fisher. You have to aid her in finding out what is going on, as well as getting the station back to a functioning state. What makes it more intriguing is the fact that something about the AI isn’t normal, and the sense of suspense starts to take shape. From the offset, you’re led to believe S.A.M. may have ulterior motives, or has even gone rogue, but you have no idea why. What makes the game unique are the mechanics. You’re not controlling a character, but a space station. Often you’re watching crew members move around the station, but it is your job to interact with various computer funtions, such as the station’s cooling systems, hatch controls, and airlocks. The aesthetics are true to those seen in movies like 2001: A Space Odyssey – something that instantly comes to mind when seeing crackling monitors and old school computer code run down the screen.

A large portion of the game sees you complete brief puzzles through computer screens and such. You can gain access to each module of the ship’s cameras by switching between them with the D-pad, and creating system links with laptops and other pieces of equipment. Sometimes you need to locate schematics using the cameras’ scan functions, and once you’ve found them, short patterns need to be remembered then entered in a sequence. This is the fundamental mechanic, but it becomes a lot more involving the further you progress. Hatches need to be opened so that Emma can pass through to the next module, but not before you’ve scanned for pressure sequences and a solid hull integrity. At times, you’ll be able to hold L2 to communicate with her, giving her some feedback to your actions. At one point, you need to get the Crew’s whereabouts, and by doing so you need to locate three computers and change squares of different colours within a pattern to get them back online. Other puzzles see you having to detach clamps by using the right stick to move to the correct position before a timer runs out, or relaying a number sequence back to Emma before the clock ticks down.

There’re plenty of different puzzles that give you a feeling of complete control over every aspect of the space station, making Observation a different kind of experience. Fans of science fiction will adore the creepiness of the game, and the eerie sounds emanating from the clunking wall cavities and ventilation shafts. The station itself is rather large, featuring different sections separated by a trail of modules, or rooms, and every single one has new challenges to overcome. You’ll even leave the confines of the station to go outside, faced with the vast nothingness of space – something that never fails to leave you on edge. As well as controlling the station, you can switch your control to spheres that act as small vehicles to move within the corridors and modules, giving you remote access to unreachable sections, as well as using them to move outside. You can hold in R2 to increase your speed, but the general controls remain the same as they do when using the cameras inside. Pressing the touch pad lets you see the map of the station, and from there move between each module much like when switching between rooms on Five Nights at Freddy’s. You can also check on the status of different objectives within this menu, as well as checking on the crew and your memory banks – a place that collects every piece of data you find.

The sound is exceptional, providing a tense atmosphere, and the voice acting is also applaudable, never breaking the intensity of the situation you find yourself in. Occasionally, Emma’s facial animations resemble a puppets from Thunderbirds or Captain Scarlet, but this is such an insignificant flaw. You rarely have to look at the characters close up, and even when you do, you’re so concerned about HAL – sorry, S.A.M. – that it has no impact on the story. When you start to uncover the mysteries on the space station, your need to keep playing never wavers.

Observation is an intuitive dream, telling a story that keeps you on the edge of your seat, and provides some of the coolest gameplay I’ve seen. S.A.M. is both fascinating and deeply unnerving, and the balance between caring for Emma and leaving her vulnerable is a constant line you walk. Whilst some of the objectives aren’t always clear, you’re rarely left unsure what to do. If you’re in need of something completely different, and want a science fiction experience like no other, I can’t recommend this enough.

Observation is a fantastic game, bringing gripping science fiction and unique gameplay together for a truly remarkable experience.