previous
Observation review
random
next
Atelier Lulua: The Scion of Arland review
1 like 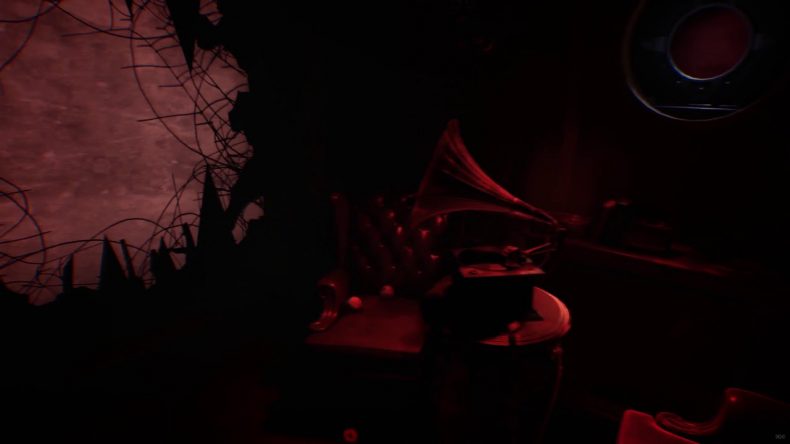 Sequels in the horror genre are always a tough gig. If the original is a masterpiece, recapturing that same presence and emotion can be difficult. If the previous outing was mediocre, a step-change is required to change perceptions, which itself brings certain risks. The original Layers of Fear fell more into the second category; whilst it garnered praise from some, others were left underwhelmed with its execution. So a step-change it is then, from the eerie Victorian backdrop exploring a painter’s life in the original to a more modern excursion on a cruise liner assuming the role of a high-profile actor. But does this and other changes from the first game elevate it to new heights? Sadly not, as Layers of Fear 2 makes some design choices that feel reminiscent of the Titanic on its maiden voyage.

You assume the role of a prolific actor, famous for their 5-star performances across the globe. You’ve been hired for your latest film that is set onboard a luxury cruise liner. Waking up in your room, you must explore the ship to find out why you’re there and more about who you are. As you begin your journey it is clear all is not what it seems, and your adventure descends into a psychological roller-coaster ride that tests the limits of emotions. You’ll find clues and collectibles that piece together your current situation and your past as you find purpose and make decisions that guide the narrative of the emerging story. The choice of a cruise liner initially seemed an odd one. Such a modern and often elegant location felt more indulgent than intimidating, but it soon becomes apparent why they chose this setting. The effect of going from light to dark when moving through the ship is intentionally jarring,and when coupled with the swaying of the ship or the audible cocktail of crashing waves, creaking floors and mechanical drumming from the underbelly of the engine rooms far below is incredibly unsettling.

The floor plan of the liner also creates narrow corridors and tight small rooms to navigate and explore, and given the first-person perspective, allow for very specific and controlled vision, perfect for deliberate scares right in front of you, or as you are forced to turn 180 degrees at a dead end or when exiting a room. It also plays that familiar trick of changing things after you’ve exited a room so the location is different from when you entered, a nice way of unsettling you and increasing the tension. As with most of Layers of Fear 2, the first few times this happens, you’re shocked momentarily, and the rush of endorphins that horror fans love is delivered. However, it doesn’t take you very long to start spotting the patterns and telegraphing the position of scares even if you still don’t know exactly what the scare will be, diminishing it somewhat. Perhaps the biggest change from the first game is that in the sequel, death is a real possibility, resulting in a restart from the generously distributed checkpoints. Death comes from two main sources, the first is by failing to dodge either light or fire (depending on the part of the story) and these dangers are on pre-set paths, so your success is dictated by your ability to tactically time your movement between safe zones. If none of that previous sentence sounds particularly scary, it’s because it isn’t. It’s interesting, and maybe a little challenging to overcome, sure. But scary, panic-inducing, or one of those things that leaves you whimpering at night before nervously drifting off into a nightmare? No, not at all.

But the biggest misstep in the design of the sequel is the second way in which you can die in Layers of Fear 2. Without spoiling too much, there is an enemy in the game which, upon seeing you will chase you relentlessly, and if it catches you then you die. The enemy is disturbing to look at, and the combination of visual effects, and almost excruciating sound effects when it is close or captures you, actually do a good job of creating unease. There’s a fear and panic that drives you to flee almost involuntarily to avoid the enemy’s clutches. And so it works, in theory, but after the twentieth time – which is highly likely – you become so numb to the screeching and volume that it loses all impact and actually frustrates rather than scares. As a story it is split into five acts, with varying levels of quality. For me, the second act was a low point, particularly for the deaths mentioned above, but it definitely picks up and shines in its third act. There’s a sense of a few new ideas at least in the storytelling even if the scares at this point have become a little predictable. There’s a bit more puzzling thrown into the mix as the story progresses in the later acts too which again does a decent job of mixing fairly simple challenges, interwoven backstory and tension and scares, making for a pretty enjoyable experience. It’s such a shame that death opportunities are also peppered in these better chapters, including one section which is literally trial and error to survive. Cue the fade to black, and the ever so slightly dragged out loading screen time before returning to the action.

There are multiple endings based on the choices you make at key moments and the collectibles you manage to find throughout, similar to the first title. Even with jump-scares turning my pants an early shade of brown, the completionist in me is happy to explore and find these collectibles in various nooks and crannies around the ship and surrounding, twisted world of my character’s mind. This seems at odds then if I accidentally examine the wrong room first, and the whole location changes behind me because of a “trick” or worse still, I’m left running away from a monstrosity just to stay alive. There’s no retracing of steps, as previous areas are put behind locked doors, although you can play acts again once you’ve finished them. But it seems so counter-intuitive for a game that rewards exploring to make doing it so difficult. Horror is at its best when the heavy lifting is done by the imagination. Gentle nudges from the setting, as well as visual and audio cues,  should help craft an unsettling experience that is more our own making than anyone else’s. Layers of Fear 2 instead goes for the instant gratification of the shock scare right off the bat, rather than the slow, growing sense of unease and dread that can snowball over time. Repetition kills horror games because it’s so easy for us to be desensitised to even the most shocking things, and this is exactly what happens during a playthrough. It then commits the cardinal sin of not really having much new up its sleeve to unnerve us as the game progresses. Yes, certain set pieces are gorier or more disturbing than others, and some of these are quite memorable. But for every one of those, there’s a frustrating death due to you mistiming a run or getting stuck on some scenery, and you lose any sense of horror or fear that had been building.

It tries to be three different games in one, a horror title, an explorative story-driven title and then an almost fast-paced action title, and unfortunately, the resulting triangulation point falls short of the mark. The horror starts well, as tension builds, but then the horror takes a back seat. And when the action rears its ugly head, all sense of atmosphere is lost in favour of a mild adrenaline rush. As such it suffers from not really delivering in any area completely, and those looking for a horror game specifically will be left disappointed before long. Ironically there are very few layers of fear to uncover here.

Layers of Fear 2 starts off scary but runs out of ideas quickly. It tells an interesting story but is marred by out of place action sections.